I have some GeoTiff's that are in EPSG:3006 (SWEREF99 TM) atm, and I'm trying to convert them to EPSG:4326 (WGS84) because some other software needs it in this projection.

But after doing the gdalwarp the corners of my tiff's doesn't seem to add up anymore. Is there anything i can do to prevent this from happening?

Some examples (from gdalinfo); the upper right corner of one tile should be in the same position as the upper left corner on the next tile.

And the same corners ins EPSG:4326 after gdalwarp:

Now they don't line up anymore.

I'm using QGIS, which is using gdalwarp to do this. The commandline for the operation:

They are not the same corners. Warping rotetes the image and I hope that this image explains the rest. 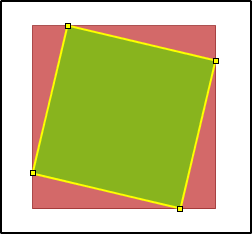 Not the answer you're looking for? Browse other questions tagged qgis gdalwarp epsg or ask your own question.

3
informations about “gdaltransform” utility of GDAL
1
Issues with getting the height from SRTM gdalwarp WGS84(EPSG:4326) to Mercator(EPSG:3857)
3
projection conversion from local to UTM
1
Can gdalwarp reproject from ESPG:4326 (WGS84) to UTM?
2
Transforming Lambert Conformal Conic to EPSG:3857
0
gdalwrap incorrectly re-project wide angle
0
Difference results from QGIS project on fly and gdalwarp for EPSG:4326 of Sentinel 2 UTM zone 32?
2
Results of gdalwarp from UTM32 to EPSG:4326 are not aligned?