Retain "region" elements for when using fortify() on a SpatialLinesDataFrame

I'm layering multiple plots using ggplot2 to create a map of Alaska that combines school location and the major road network. I've learned that despite being labeled "major roads" there is wide variance in quality, which is actually encoded in the original shapefile data in a variable called MIN. I would like to illustrate road quality by coloring the line segments, but I'm unsure how to retain data elements from the original SpatialLinesDataFrame object after fortify() in order to use them later to change the color or shape of the lines.

This is a simplified version of the map I would like to make with just two layers of the plot (the state outline and roads):

To replicate my exact circumstance you can download my data here. The road data has a variable called MIN that seems to encode road quality, which I would love to join to the final fortified data frame: 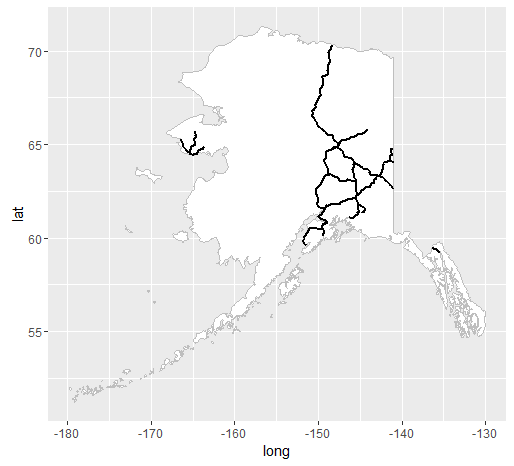 Merge the attribute table back to the fortified geometry: 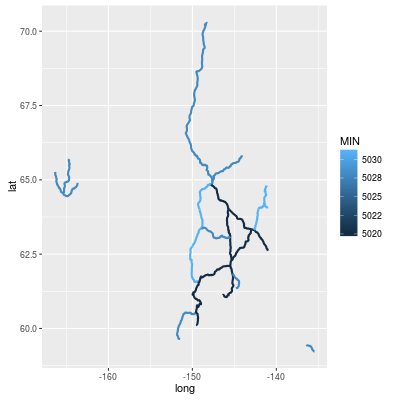 Not the answer you're looking for? Browse other questions tagged r ggplot2 or ask your own question.