Unable to add feature class based on database view in ArcMap

To solve Rendering features based on relationships using ArcGIS for Server?, we created a view in the database that joins the two tables together. That works fine. I see the feature class in ArcCatalog and can view the features in the preview window. But when I try to add the feature class in ArcMap, nothing happens (ArcMap seems to be working for a few seconds but nothing changes) - and no error message either. Is there something that needs to be done so that I can add it to a map?

We created the view as a simple join between the two tables, selecting the shape from the feature class and some attributes from the table. When viewing the class in ArcCatalog it's called feature-class instead of sde-feature-class, but the option to register the class with the geodatabase is greyed out.

We're using Oracle as our DBMS and the view is defined as follows (note that I simplified my context; as such, the names of the attributes in the SQL are not the same as in the screenshot but only differ in name):

This is what the feature class looks like in ArcCatalog: 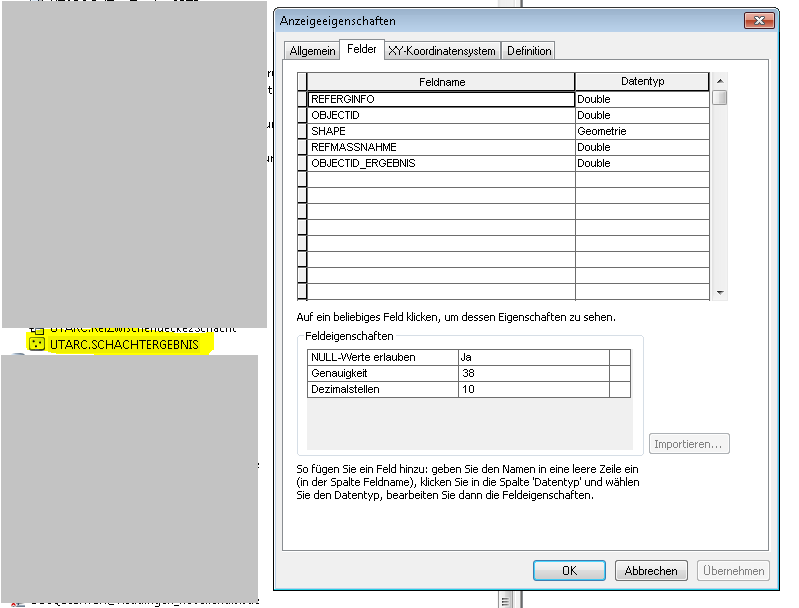 And this is what the context menu looks like: 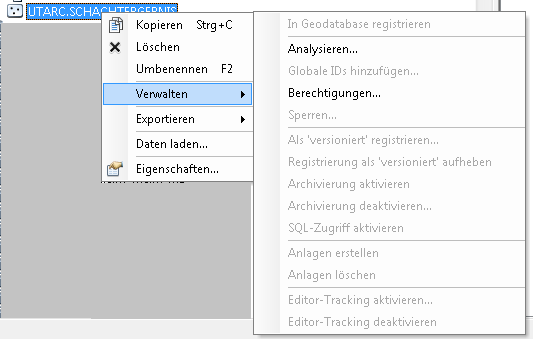 Sorry for using a german interface, I don't have a environment with english culture settings right now.

3
Rendering features based on relationships using ArcGIS for Server?

3
Cannot spatially select from Oracle view based featurelayer in ArcMap
7
Is it possible to localize ArcGIS Feature-Classes?
1
ArcGIS Feature Class Extent Changing
0
Create feature class with ArcCatalog in Oracle Spatial without ArcSDE error
1
ArcCatalog Registering a Feature Class into Geodatabase: Getting an Error
0
Changing alias of ArcSDE feature class?
4
ArcGIS database feature class editor default version settings
1
Privileges, Register as Version commands are greyed out when right-clicking a feature class in an ArcSDE geodatabase
0
Unable to connect to SQL Server tables with 10.5 ArcMap but it works with 10.7