I am working on a project in TileMill for the first time. I am trying to overlay a Graticule of the British national square grid.

I generated a series of LineString for the grid into PostGIS, which are stored as native EPSG:27700 (OSGB36, BNG)

I only have a small area of interest, so it is only 100x100 orthogonal lines

My grid is accurately rendered in QGIS [image:2], which I check by comparing with the "Authorative source" on Bing maps [image:1] (this is a raster of the 1:50000 British ordnance survey map reprojected to EPSG:3857 for web mapping)

When I add this layer to Tilemill image:3], it is all skewed and incorrectly re-projected from its native SRS to 900913 (Tilemill's native CRS)

I can actually see some of this issue in QGIS also, when zoomed out: [image:4 & image:6]

But when zoomed in they are accurate: [image:5 & image:7]

Unfortunately, The output from TileMill is always incorrect. [image:8]

Please could somebody give me some pointers on how to get my grid true. 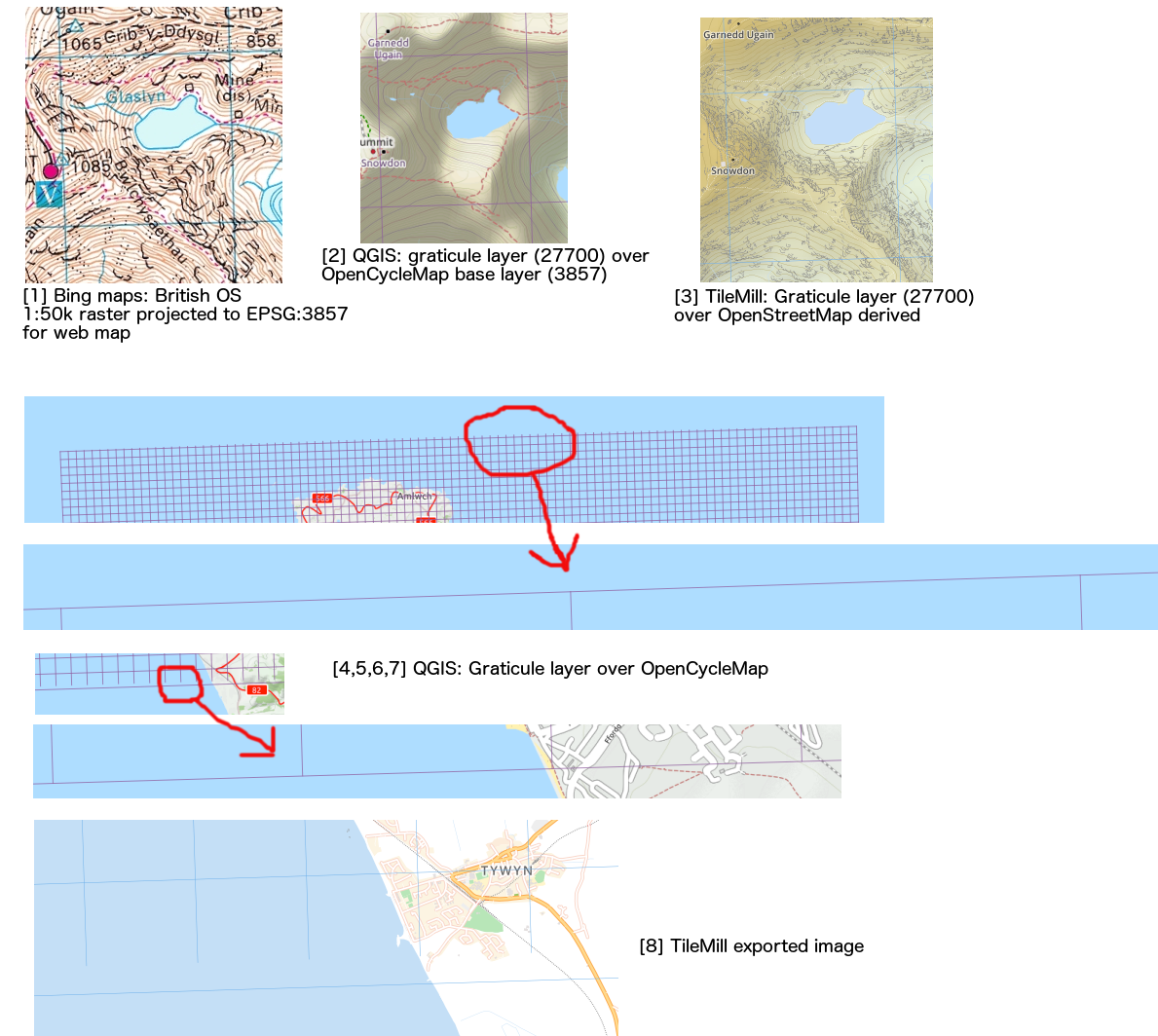 This is a problem I've experienced when reprojecting map gridlines from the Ordnance Survey National Grid system to Spherical Mercator. My solution was to add many more vertices to the linestrings. This can be done using "Densify Geometries": Vector -> Geometry Tools -> Densify Geometries...

1
QGIS Lat/Long Postcodes Coordinates Being Placed Out At Sea?
6
QGIS creating user CRS rather than using UK National grid
5
Layers in QGIS that Should Align Don't (but do in FME)
3
Ballpark transformation message-error for OSGB
3
Why does pyproj give a different point location compared to ordnance survey when I convert from WGS84 to EPSG:27700 (BNG)