I have had limited success creating smooth contour polygons from a raster layers.

I have created contour lines and boundary polylines and then used QGIS Union. Then I use QGIS Polygonize. Then use zonal statistics to the original raster to get the value on the polygons.

The 2nd method I tried was to convert raster to polygon. Then create a new attribute column rounded to the contour I desire. Then I dissolve lines between the same value. Then use v.generalize. This method is a little quicker, but it will leave some polygons jagged/unsmoothed. 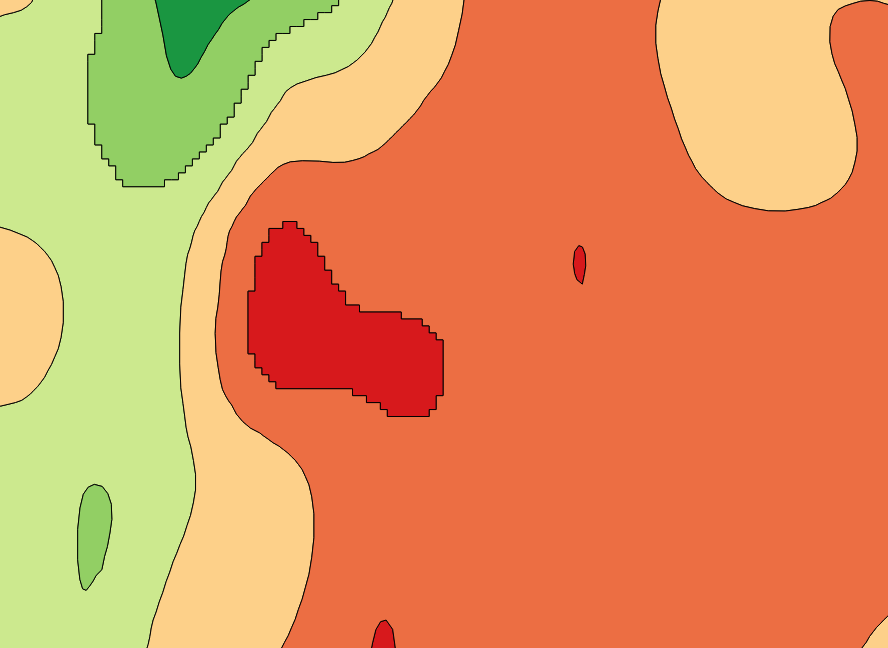 Is there an easier method that actually works all the time. Seems like there should be a simple command that does the entire process.

I've experienced the same problems you area having in your second method. I exported a Raster to a Vector and try to and use v.generalise and I get mostly smooth polygons with the occasional 'stepped' boundary which appears to have been unaffected by the algorithm.

I found a process that worked for my task, not sure if its the best way but thought i'd share it in case it helped you.

What I started with was an ascii grid from BoM that looked like this: 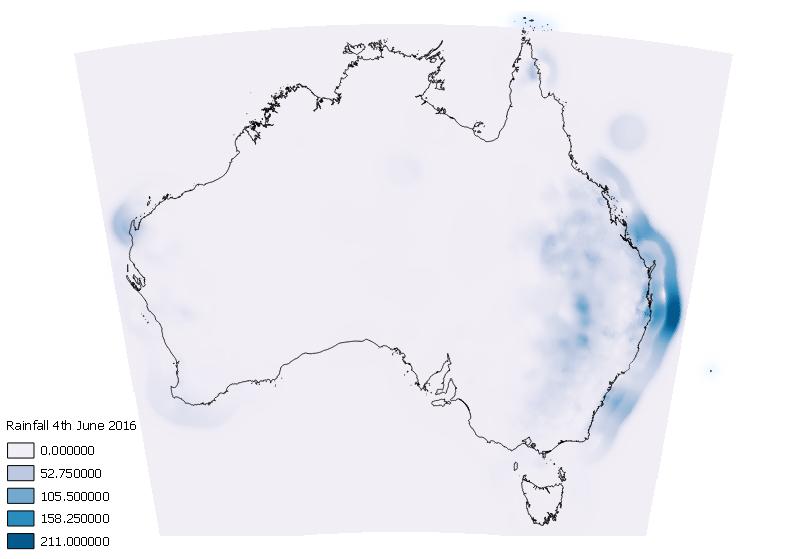 What I wanted something similar to what BoM produce like this:

I was able to get to an outcome (that I was happy with) using the following steps.

After styling my output is below: 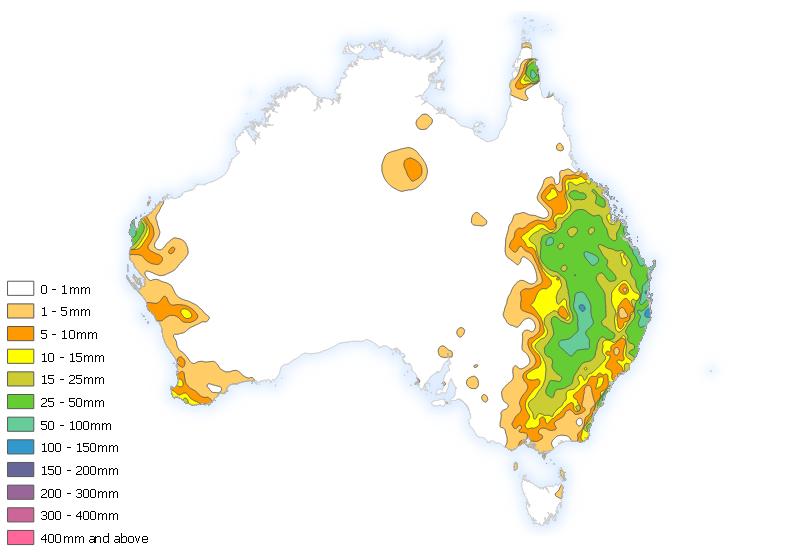 I would also be interested in hearing if someone knows a simpler way. Originally I was thinking similar to @Rx_ that I could just convert my raster to vector then generalise and I would be done. What I had to do was much much longer.

A more direct way is to use gdal_countour directly (as a command-line program) in "polygonal mode" (that is, with the -p option).

This option is available only in version >= 2.4 (this can be checked with gdalinfo --version). If you're using Ubuntu 18.4, you might have to install it from UbuntuGIS

I like the answers here but I cant believe that QGIS still doesnt have a quick and easy way to do this. MapInfo can generate contours as either polygons or lines with any interval that you can specify.

It seems like such a basic task and also important for obtaining extents. If anyone has an updated or faster way to do this please share!

In QGIS 3.8 you can use Raster - Extraction - Contour

There is a good example here https://support.dronesmadeeasy.com/hc/en-us/articles/217759823-Using-QGIS-to-make-custom-Contour-Maps

Not the answer you're looking for? Browse other questions tagged qgis raster contour or ask your own question.