How can I print the text of help(some_method_class) in my QGIS plugin?

I'm developing a QGIS plugin to search classes and classes methods of QGIS. The dir equivalent option it was answered in:

How can I access to elements in dir(some_class) of PyQGIS without a dictionary in my code?

As an example, the next image shows the search for methods with 'geo' pattern in QgsVectorLayer class and the result was as it expected. 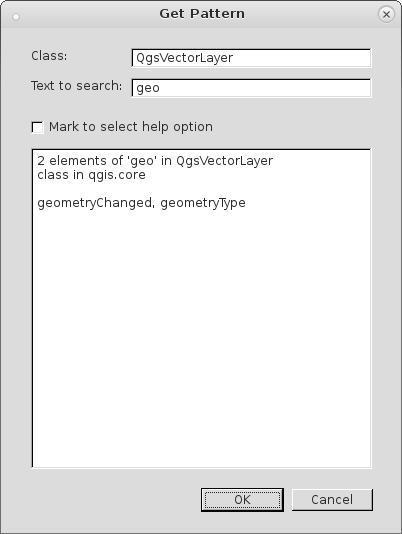 When I tried out the equivalent help option at the plugin, with the next fixed example (see snipped code) for the 'geometryType' method of QgsVectorLayer, result it was always printed at the Python Console (not into the QTextBrowser object); as it can be observed at the next image.

Other arbitrary messages were printed as I expected so, it was pointed out that this part of the code works well. 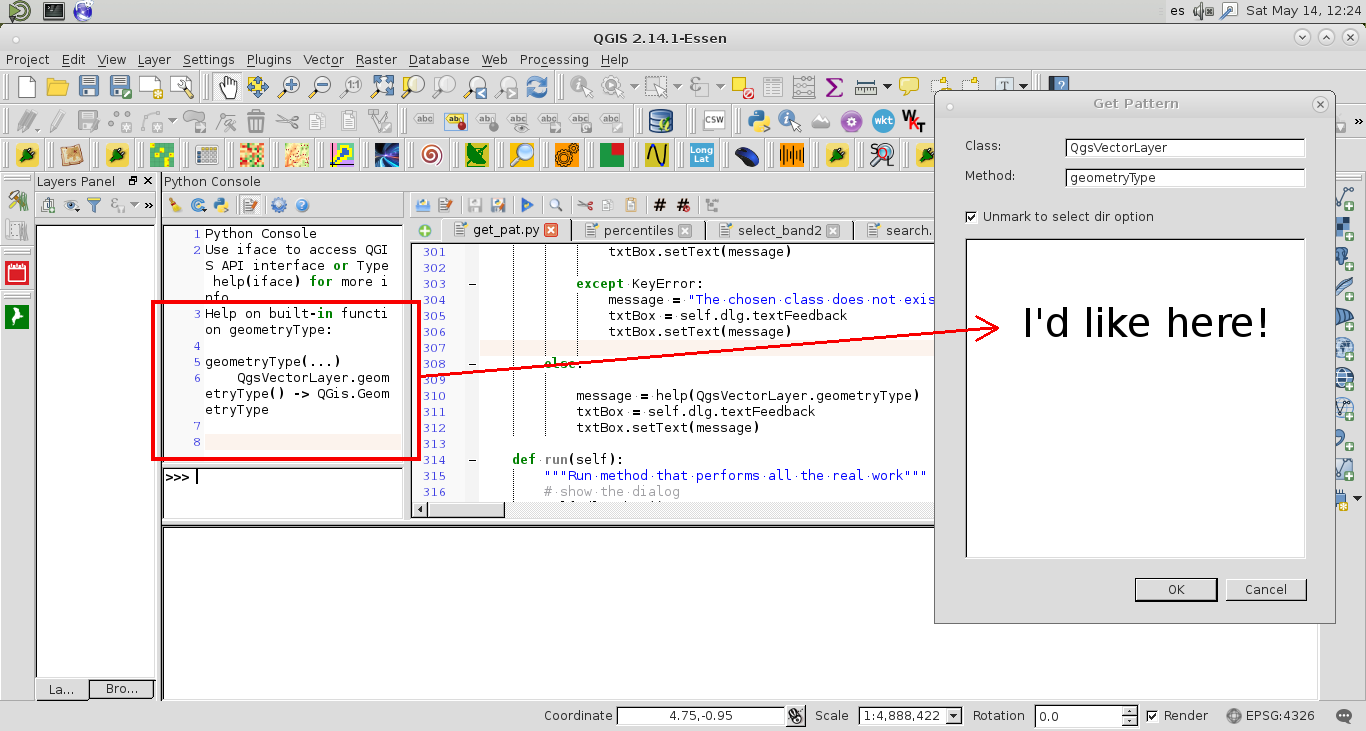 There is any option to redirect the text of the help command to the QTextBrowser object or it is impossible?

I did a search based at the links supplied by Joseph:

Redirect stdout to a file in Python?

Unable to restore stdout to original (only to terminal)

and I can build this code:

It works; as it can be observed at the next image (and the Python Console can be used again as standard output). However, I would like to improve the code by using a tempfile in memory before writing it to the QTextBrowser.

pyqgis qgis-plugins
Share
Improve this question
edited May 23 '17 at 12:39

By using a temporary file, as reassignment of the standard output (Python Console), next code works.

as it can be observed at the next image: 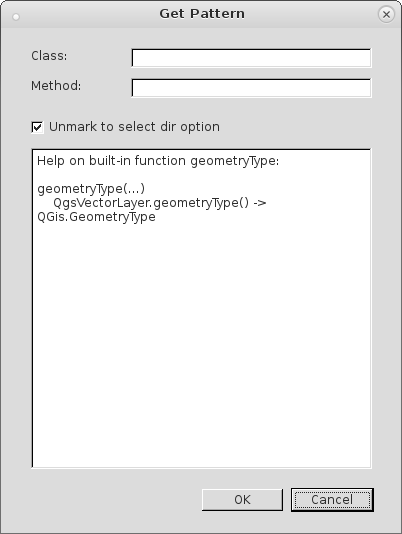 Not the answer you're looking for? Browse other questions tagged pyqgis qgis-plugins or ask your own question.

2
How can I access to elements in dir(some_class) of PyQGIS without a dictionary in my code?

1
Developing QGIS plugin on Mac - GDAL
4
Loading same layers every time
2
How can I get the first selection of a layer in a QgsMapLayerComboBox?
2
How can I access to elements in dir(some_class) of PyQGIS without a dictionary in my code?
3
Script that runs automatically from the QGIS Python Console when QGIS starts, using schedule tasks on Windows 10
1
Assigning new QgsRasterBlock object to QgsRasterDataProvider object?
5
Displaying loaded project file name in QGIS title bar when opening via QgsProject.instance().read()
3
Compiling resources in QGIS 2.99 (Windows) for creating plugin?
2
Missing classes from qgis.core module only in PyCharm's editor