Creating ellipse with azimuth according to projected North not to geodetic North with ArcGIS Tool Table to Ellipse?

Table to Ellipse allows the user to create ellipses according to self-defined parameters. One of those parameters is azimuth. As written in the tool help the azimuth refers to the angle 0°-360° clockwise starting with 0° in North. I derived the parameters (coordinate of centre, widths and azimuth) from a projected map (UTM_34N) and used the corresponding projection information (*.prj) as the optional parameter Spatial Reference. As output I got a slightly rotated Ellipse see picture below.

After playing around with the tool I realised that the slight rotation corresponds to the difference between geodetic and projected North.

Do you see a possibility to create (not draw) an ellipse with the azimuth according to the projected North not to the geodetic North?

ArcGIS solutions are preferred but QGIS or other are very welcome too.

In the picture below you can see an ellipse, created as described above with the azimuth = 0°. 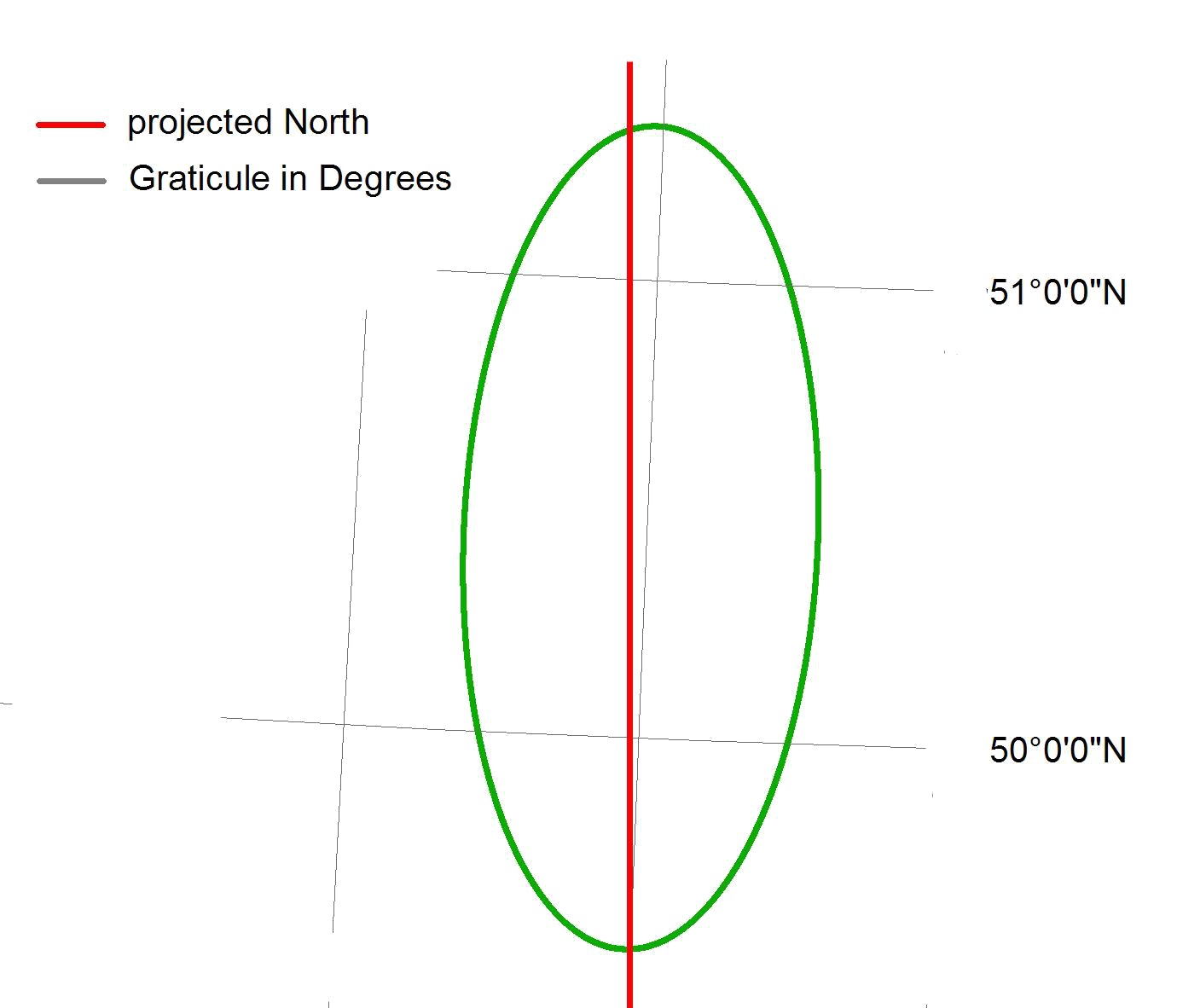 This of course, will require you to calculate the angle difference between the North of the projection you used and the geodatic system.

I also wonder if re-projecting your ellipse to the geographic coordinate system gives you the desired result.

Not the answer you're looking for? Browse other questions tagged arcgis-desktop ellipse or ask your own question.