I'm looking for a work around that has had me in a pickle for sometime. It involves combining a multi-part feature polygon into a single feature. Obviously if you were editing a shape you would select the features in question, start editing then "Editor" > "Merge.

Seems simple enough. However, I'm looking to do this via QGIS/ArcPy/Python (any method that will work).

Is there a way to append to a new shapefile and have it move into one feature?

See the end result example below: 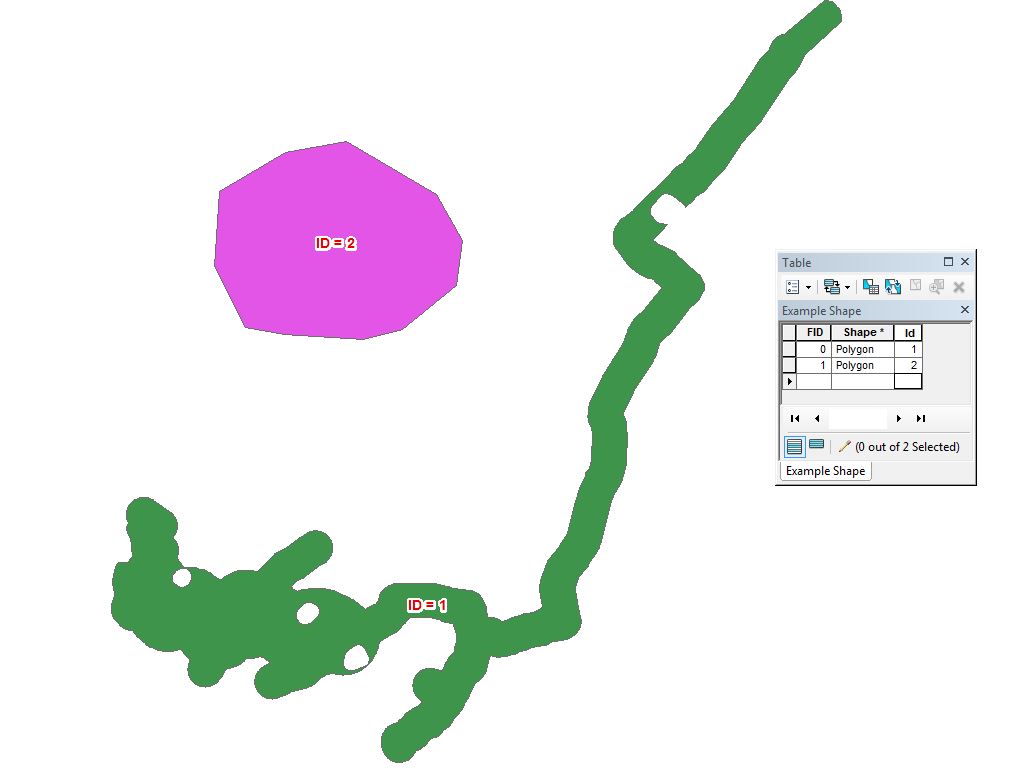 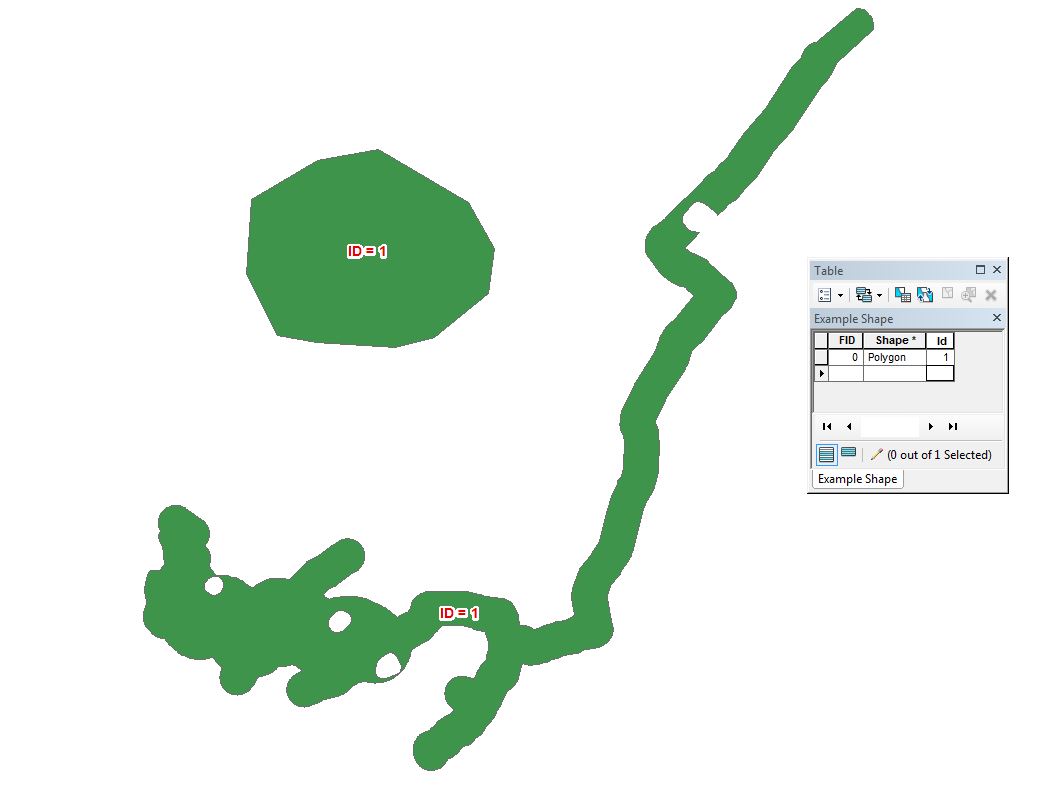 You could use the arcpy.Geometry() object's .union() method:

Here I have a feature class with two polygons overlapping and after union there is just one. 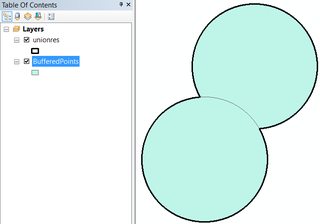 Now you can use the arcpy.da.UpdateCursor() to delete one of the features (.deleteRow() method) you want to discard and then preserve another one (that you want to keep the attributes of) and update its SHAPE@ with the newly created arcpy.Geometry object.

if the feature that need to be merged have a common attribute value (or if they all need to be merged), then you can use the dissolve tool (exists both in ArcGIS Data management -> Generalization -> Dissolve) and QGIS vector ->geoprocessing tools --> dissolve). In ArcGIS, there is an option to create (or not) multipart polygons. In QGIS you get multipart polygons by default. Note that there is a QGIS plugin if you want more control on your attribute table.

MULTI_PART —Specifies multipart features are allowed. This is the default.

Not the answer you're looking for? Browse other questions tagged arcgis-desktop arcpy editing merge or ask your own question.

4
Replicating ArcMap's Point Sketch Geometry Editing (Feature Templates) in ArcObjects
1
arcpy: creating polyline features from the following text file format
5
Using ArcPy to batch merge based on shapefile name?
2
Select by location based on selected features with ArcPy?
4
Creating polygon feature class from area in one not covered by another using ArcGIS Desktop?
3
How to edit “Self Intersecting” polyline in ArcGIS for Desktop?
0
Weighted-area averages using dissolve for SINGLE PART features
3
Removing whitespaces with layerlist and arcpy.Describe