I have a shapefile with polylines connecting points. Instead of having one single polyline connecting two points, there exist a number of consecutive segments connected to each other (see image below).

These segments, however, have no field values in common, so if I wanted to use Dissolve to merge all of them together it would not work the way I expect.

Is there a way to assign a common field value to all the segments between two consecutive points? This way, Dissolve could be used effectively. I am open to any kind of solution, and would prefer a Python-based one, if available.

This question is not a duplicate of ArcGIS 10.3: How to merge lines divided by junction points?, which I myself have asked. Rather, this question is a precursor to it, if you like.

Screenshot of the real situation. Red dots are the equivalent of Points A and B, while the segments are recognizable by the junction points in green (there is a segment in between each pair of consecutive green dots). For each red dot, I want one single incoming and one single outgoing line. 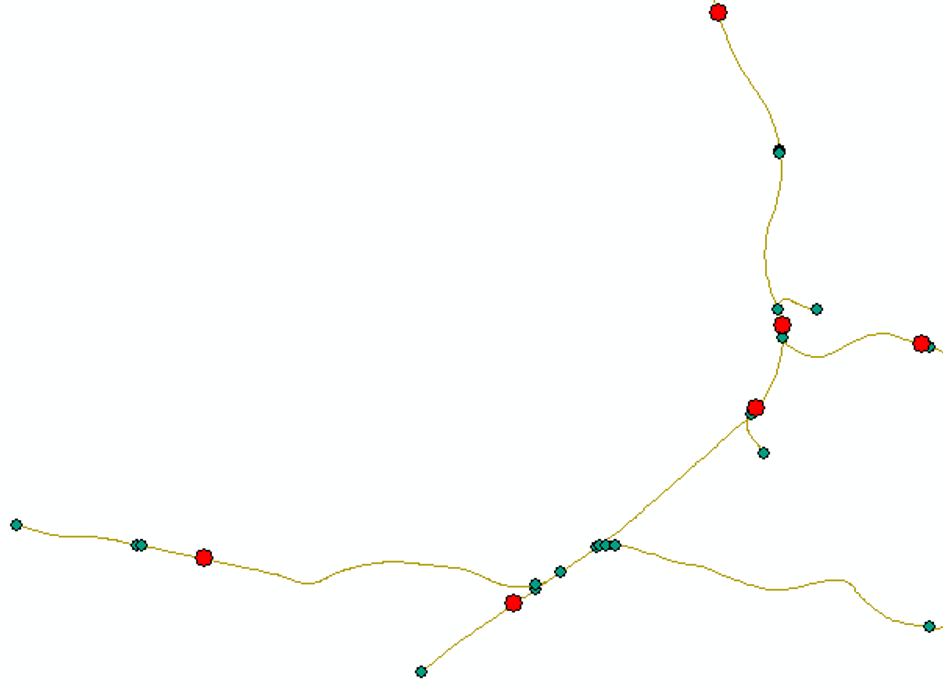 You could just give all lines a common attribute value, use dissolve to merge them, then use split-lines-at-points to recreate the segments between the red points.

Not the answer you're looking for? Browse other questions tagged arcgis-desktop arcgis-10.3 merge line dissolve or ask your own question.

2
ArcGIS 10.3: How to merge lines divided by junction points?