How do I get unique names for model builder outputs? 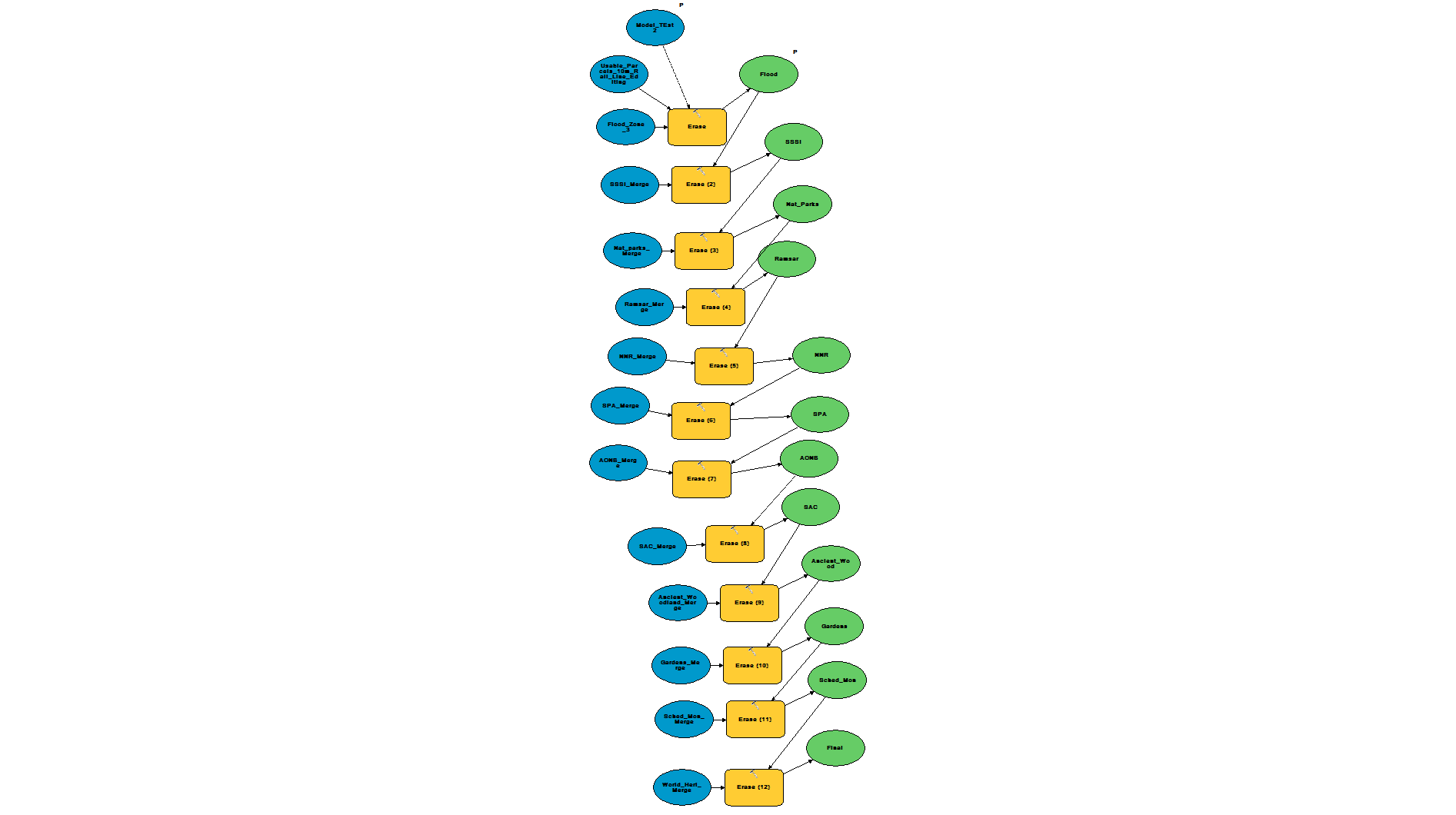 I have set up a model that erases designated restricted areas such as Flood zones, SSSI, national parks etc, each erase is linked from the output to the next erase going step by step through all the different restrictions, 12 restrictions altogether.

Have a look at inline model variable substitution

Something like Parcels_10m_Rail_%fc_name% is what you want. fc_name is the variable that stores the names of your restrictions feature classes. Parse Path can be used to retrieve feature class name.

Not the answer you're looking for? Browse other questions tagged arcgis-desktop modelbuilder erase or ask your own question.