Why does my python script run out of memory from IDLE but runs Ok from Python Window in ArcMap?

Why does my code work in ArcMap but not in IDLE?

It is similar to: ArcPy function works in ArcMap Python window but not from standalone script? except that the answer to that question does not apply to me.

I also am not just running a function from my script in the python window. I am running the exact same script.

There is also Script runs in ArcMap Python window but not in standalone PythonWin or IDLE? but no great answer there.

I suspect it has something to do with Geoprocessing Options (my specific hunch is "background processing"?) that may not apply when I'm using IDLE (see last screenshot) but I'd really like to know what specifically causes this so I can run scripts like this from IDLE (and not from ArcMap every time). Is there a way to set options like this in the script? I am using 10.3.1 so I assumed what I've read about needing to install background processing no longer applies.

I wrote this script to process contours from a series of smoothed DEMs. I was surprised when it crashed when running it in IDLE after successfully testing on a small subsample. On the full-sized project data, it crashed before successfully creating the first set of contours (1/17) and the result was unfinished (big gaps of contour lines missing).

Just for grins, I turned to the Python window in an open ArcMap session and ran it with the "execfile" command and lo and behold it is running as I write this up (appears now to be almost done). This screenshot shows that it crashed at the shell and also shows two successful sets of contours in the data frame in the background. 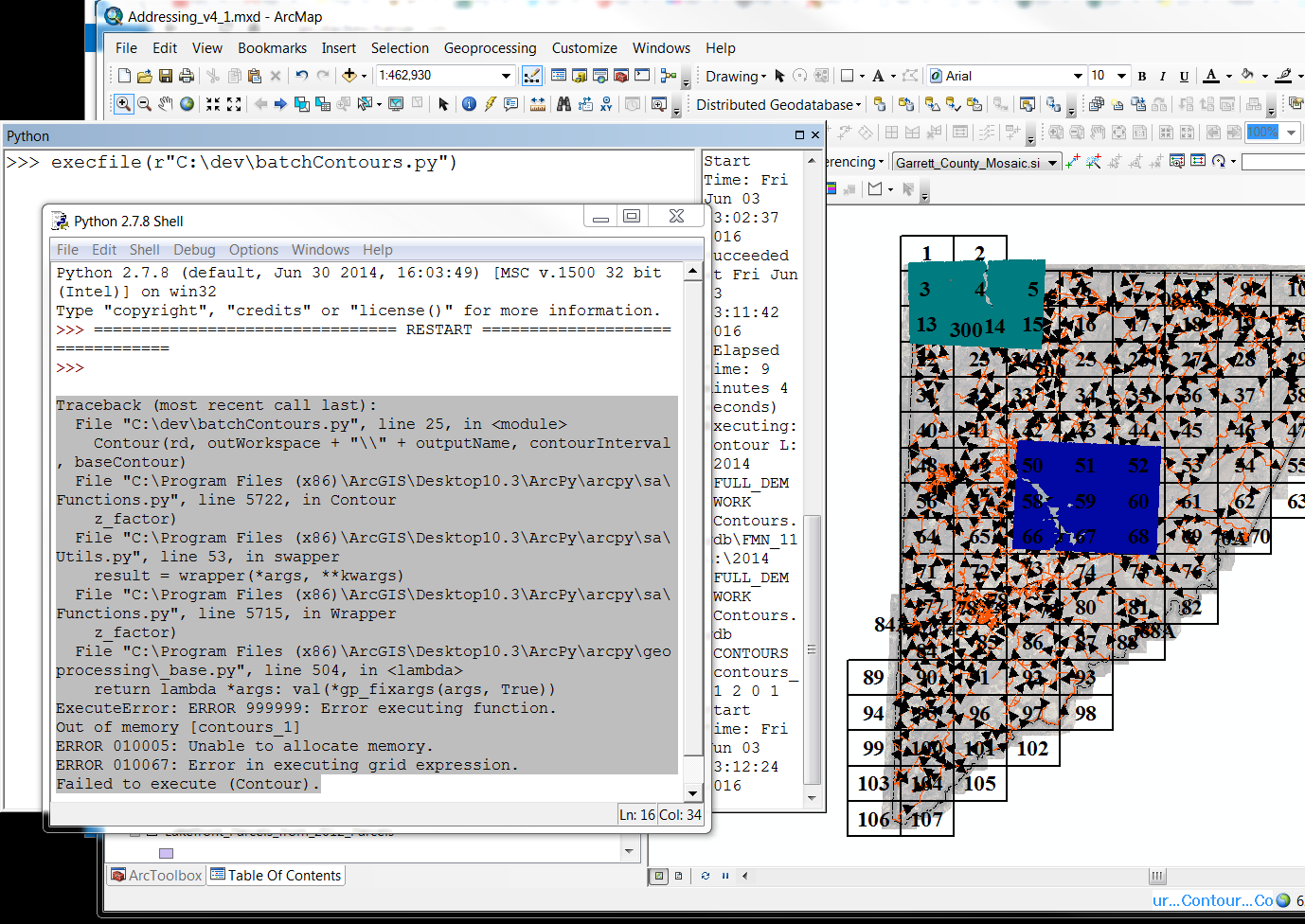 Here is the script:

and here is the error: 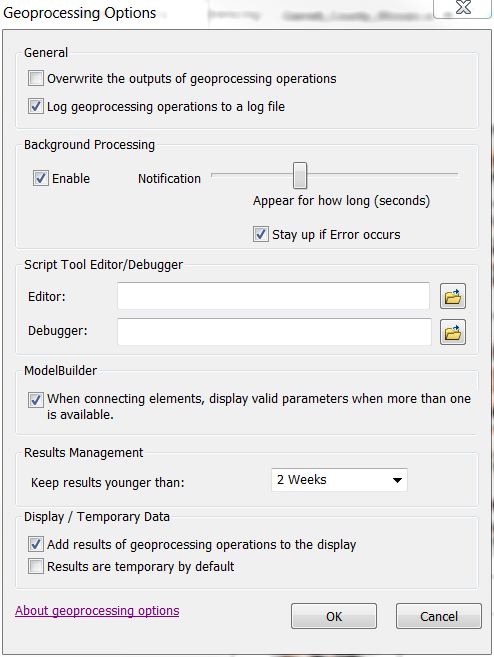 This causes an incredible amount of problems for me when processing contours.

That should eliminate error 010005

Not the answer you're looking for? Browse other questions tagged arcpy error-999999 background-geoprocessing error-010067 error-010005 or ask your own question.

3
Debugging Error 999998 in ArcPy?
4
Extract Multi Values to point error table was not found
1
arcpy SelectLayerByAttribute_management runs in the Python window in ArcGIS Pro, but fails to run from Spyder or PyCharm
1
Zonal Statistics giving ERROR 000824: The tool is not licensed