I was trying to draw kml that are (one degree in gap) meredians and parallels for Austrailia. e.g see i tried to draw 142 degree and 11 degree lines using fishnet in arcmap but when imported into Google Earth they shifted a bit. I used WGS84(EPSG:4326) when creating lines.I supposed that google earth uses EPSG:4326 (I also tried EPSG:3857) as described at here, here and here. 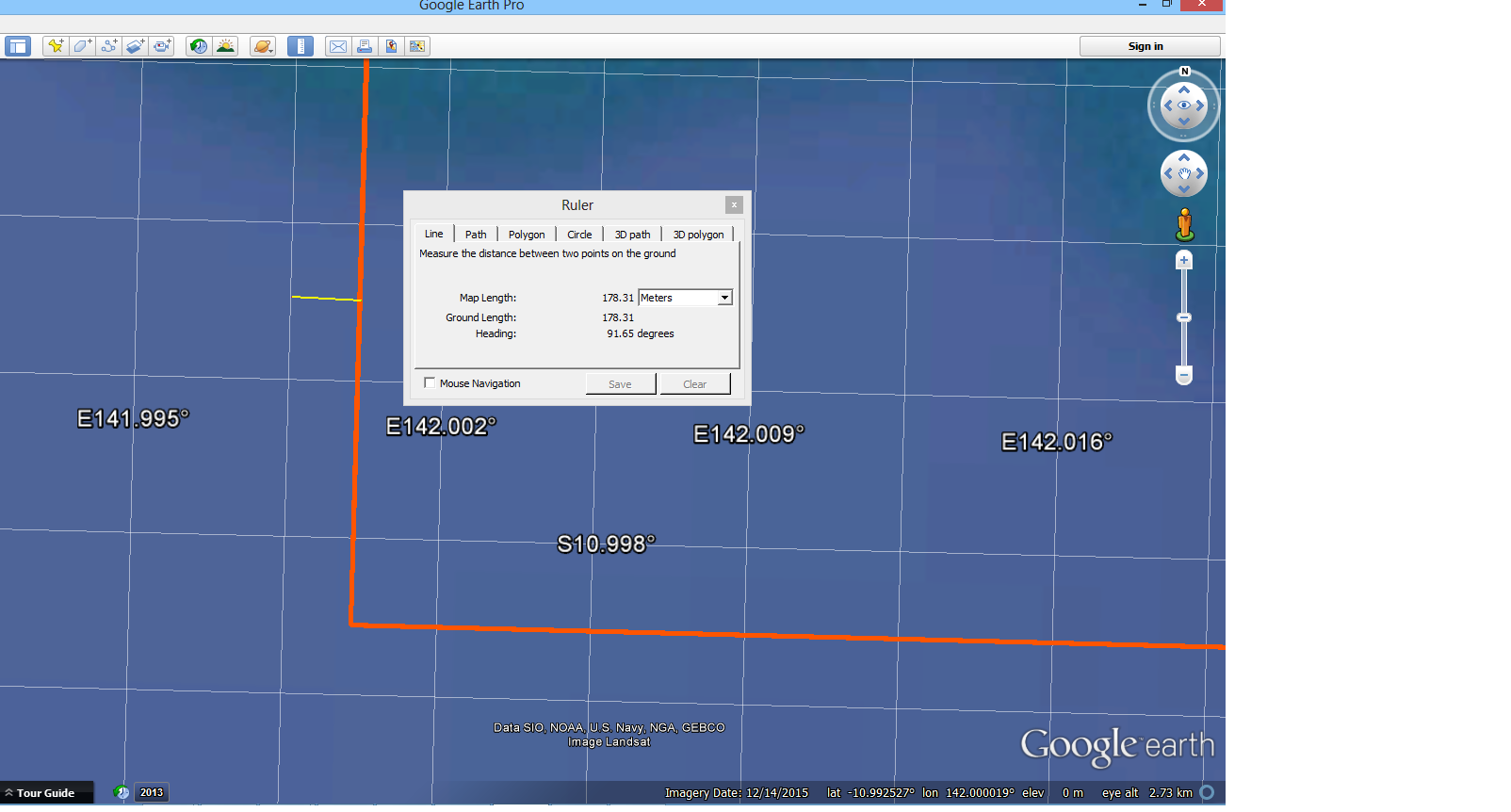 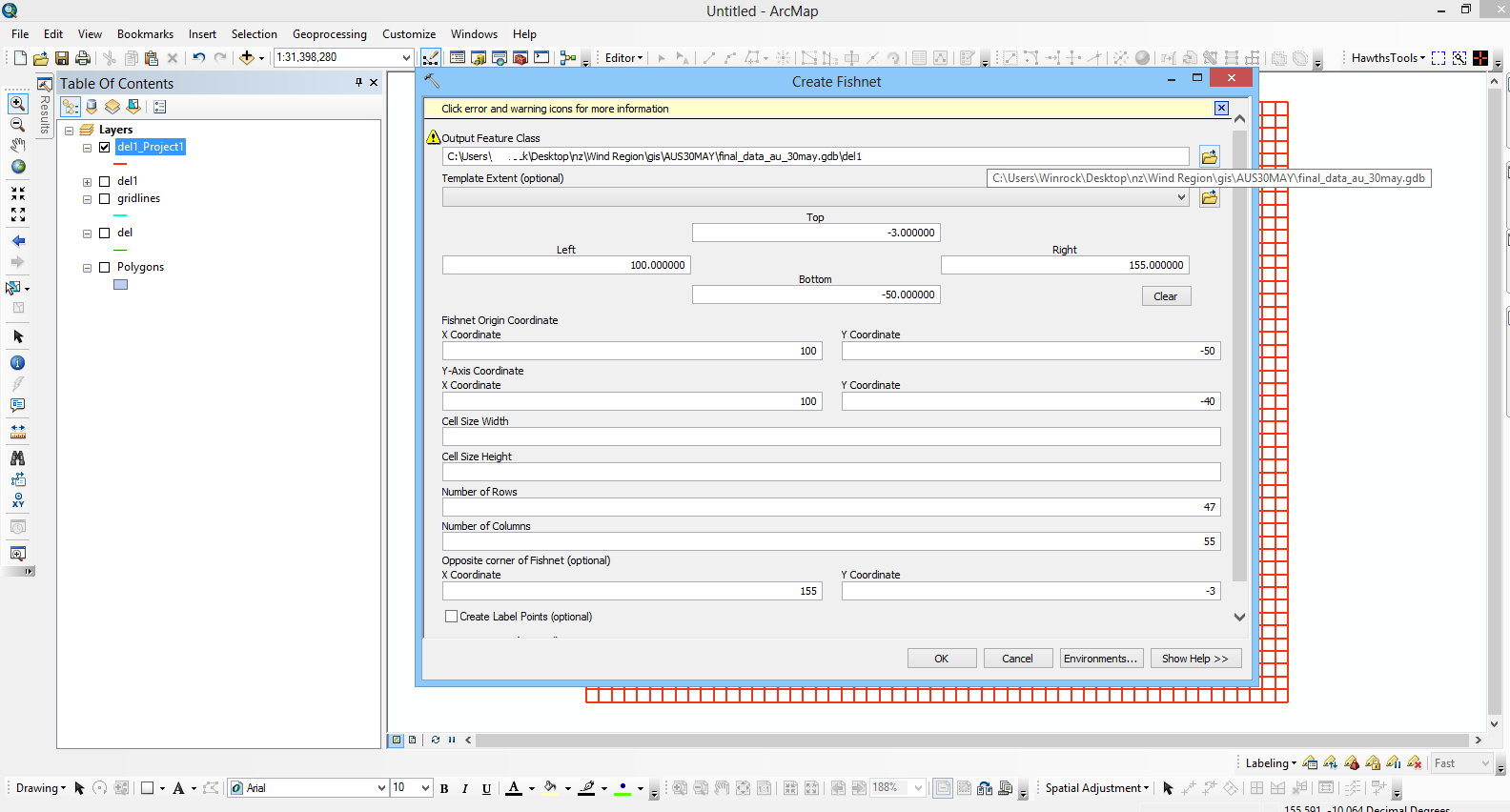 Now, Problem is when i zoom in the exported kml in google earth i see a shift as shown in the attached.So i need a kml(with generation method) in the above spatial extent(100E, 50S to 155E, 3S) that matches exactly with the grid of google earth irrespective of zoom level

The meridians in your Google Earth picture look like they are displaying at every 0.0035 degrees. It looks like you are measuring the distance between your data, which is placed correctly at 142E, and the 141.9985E meridian. 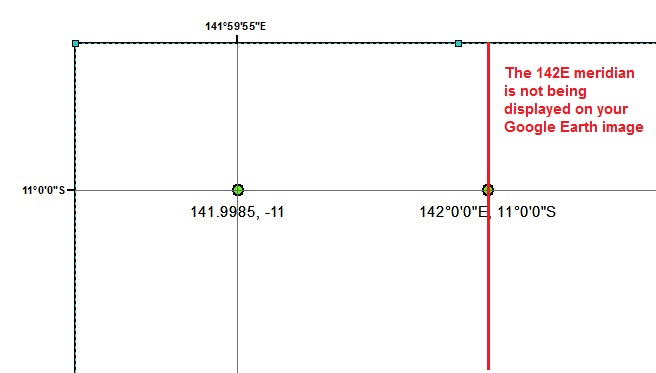 Your data looks correct, but you are validating against the wrong meridians and parallels.

231
EPSG 3857 or 4326 for GoogleMaps, OpenStreetMap and Leaflet
9
What datum (reference ellipsoid) does Google Earth use?