Issues to be aware of running ArcGIS Desktop on Mac?

I'm considering upgrading the PC to a MacBook Pro and installing Parallels, and would like advice from other ArcGIS Desktop users who have done this.

The performance aspects of VM-ware are considered in this thread, but are there any other issues to be aware of?

I only need occasional access to ArcGIS Desktop, so performance isn't a huge concern. I'd like to hear of any other problems that I should consider before committing.

I still have to resort to ArcGIS in a virtual machine from time to time on my Macbook, and have experimented with performance issues over the years. As @Chad Cooper mentions, XP will feel very snappy indeed ... so does Win7 but it's worth taking the time to tweak it (get rid of Aero, replace the default 'find' with 'everything' app, etc; lots of advice about that online).

As far as the windows VM is concerned, it has its own hard drive and the Mac doesn't exist - but the VM software lets you share folders which appear as network shares.

As far as performance goes, the interface with the file system is, indeed, your biggest issue. The most convenient way to work with your data is to keep it all in a shared folder within your Mac filesystem, so that files are accessible to both. That's a great way to keep track of your data, particularly when using something like GISLook to preview rasters and vector data in OSX. HOWEVER ... you take an enormous performance hit when the VM is accessing files on a shared directory!

When testing GIS operations in a not-terribly-complex project (2 DEM rasters, 20-30 simple shapefiles), both calculations and display were affected by the location of the files:

This was with VMWare 3.x 18 months ago or so - but things change, and I hear the performance of both Parallels and VMWare and Virtualbox are much improved in comparison!

My current solution: I have a "Data" D:\ drive which is a virtual hard drive (VirtualBox) that mounts with the C: system drive - I synchronise the data directories with shared folders on the mac to keep things tidy. Keeping the D drive separate keeps its size down and lets me back it up separately in Time Machine.

Tip: create a 'sparse image' in Disk Utility, and create your virtual hard drive inside it. Let Time Machine back up only that image, not the main C drive (main VM file). "Sparse disk images" are interpreted differently, and only the individual blocks of data that have changed get Time Machined on backup, instead of the whole giant file.

When you use a virtualization platform like Parallels, your computer is effectively divided into a host and a guest OS. In your case, OS X is the host OS whereas Windows 7 is the guest OS.The guest OS would have its own hard disks and virtual hardware.

Your ArcGIS install will reside in this virtual hardware and this is all it will see. As far as it is concerned, it's installed on a Windows machine. Any data you want to manipulate would have to be placed in the guest OS' hard disks. So yes, it will be like using it in Windows, C: drives and all. You work as if you would on Windows. You could share data with your Mac host OS through shared folders which the guest OS sees as mounted network folders.

I have a first generation MacBook Pro (COre 2 Duo, 2GB of RAM) running Windows XP Pro under BootCamp/VMWare Fusion. I needed Windows solely for using ArcGIS. I'll tell you this, under BootCamp, Windows XP FLIES. Performance in the VM is snappy too, as is ArcGIS, and I'm talking about an old-skool MacBook Pro and a version of VMWare Fusion that is probably several versions ago. I must say that don't really use my Mac much anymore, as the battery is totally shot (I'm on my third one, Apple batteries suck) and the wireless has become almost unusable. The battery issue is really my biggest beef I ever had with my MacBook - now it has to stay plugged in, and if I want to move it to another room, I have to shut it down fully, as the battery is completely shot and I'm not willing to shell out over $100 for a new one that I might get a year out of.

As far as file sharing, I believe you can drag-n-drop between the two OSs in Parallels, not sure about VMWare these days - look into that. As others have mentioned, you could also try VirtualBox, but honestly, Parallels and VMWare Fusion are made to run Windows on the Mac and, considering how much you are going to shell out for the MacBook Pro itself, the price of the virtualization software is total chump change.

ArcGIS 10.1 does not yet support HiDPI, so you will need to set Parallels to 'scaled' resolution if you're running on a Mac with Retina display.

It's been a couple of years since I've been using ArcGIS on a MacBook, so here's an update on this from my experience.

Basically ArcGIS Desktop is working extremely well on a MacBook Pro, using Parallels Desktop 9 with Windows 7. I experimented with using a separate partition accessed from both Bootcamp and Parallels, but found better results with using a virtual machine hosted solely within Parallels (one advantage is that the VM can dynamically resize as required).

Parallels allows access from the Windows 7 VM to files on the Mac, but for GIS files I typically use the C: drive on the VM, as this keeps things simple for ArcGIS.

One minor problem is that if I try to start ArcMap immediately after rebooting the Windows 7 VM, I get a license manager error: "system binding change detected" (I'm using a floating license manager). 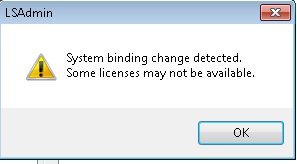 The resolution is to open the License Server administrator and restart and/or reread the license files.

Overall running ArcGIS Desktop on a MacBook Pro is feasible and far preferable to maintaining two separate machines for the OSX user.

Not the answer you're looking for? Browse other questions tagged arcgis-desktop installation mac osx virtual-machine or ask your own question.

15
Using ArcGIS 10 on a virtual machine with OSX