I need to create maps of multiple species in a certain area. However sometimes multiple species occurr in the exact same area. This results in two identical polygons on top of each other. Many of these polygons are for example a UTM1 square of 1 by 1 km.

When making a map I should be able to make it clear that there are multiple species that occur in that polygon. However through the syles menu I can only make the colors blend while ideally when 3 polygons are on top of each other I should get some sort of pie diagramm or a checkerboard pattern containing the colors of both species.

I have created 3 polygons called Deer Lions Bears, and used the Tranparency slider on the colour. 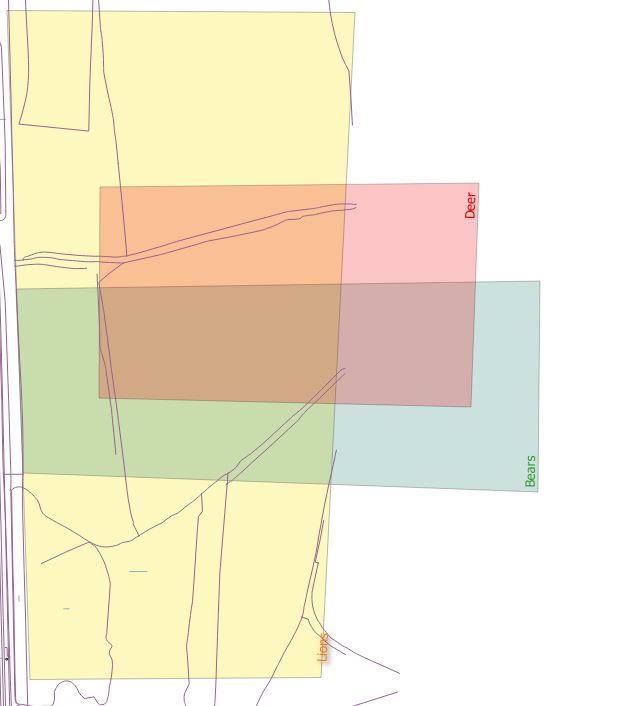 Not the answer you're looking for? Browse other questions tagged qgis polygon visualisation overlapping-features or ask your own question.