Assign attributes from nearby line to another line in FME

I have two polyline datasets. One is a topoligically/spatially correct road centerline (red in the image below "new"), the other is a spatially inaccurate but properly attributed road centerline (yellow - "old"). I want to get the attributes into the spatially accurate one.

I am just learning FME and would like to do it using that. 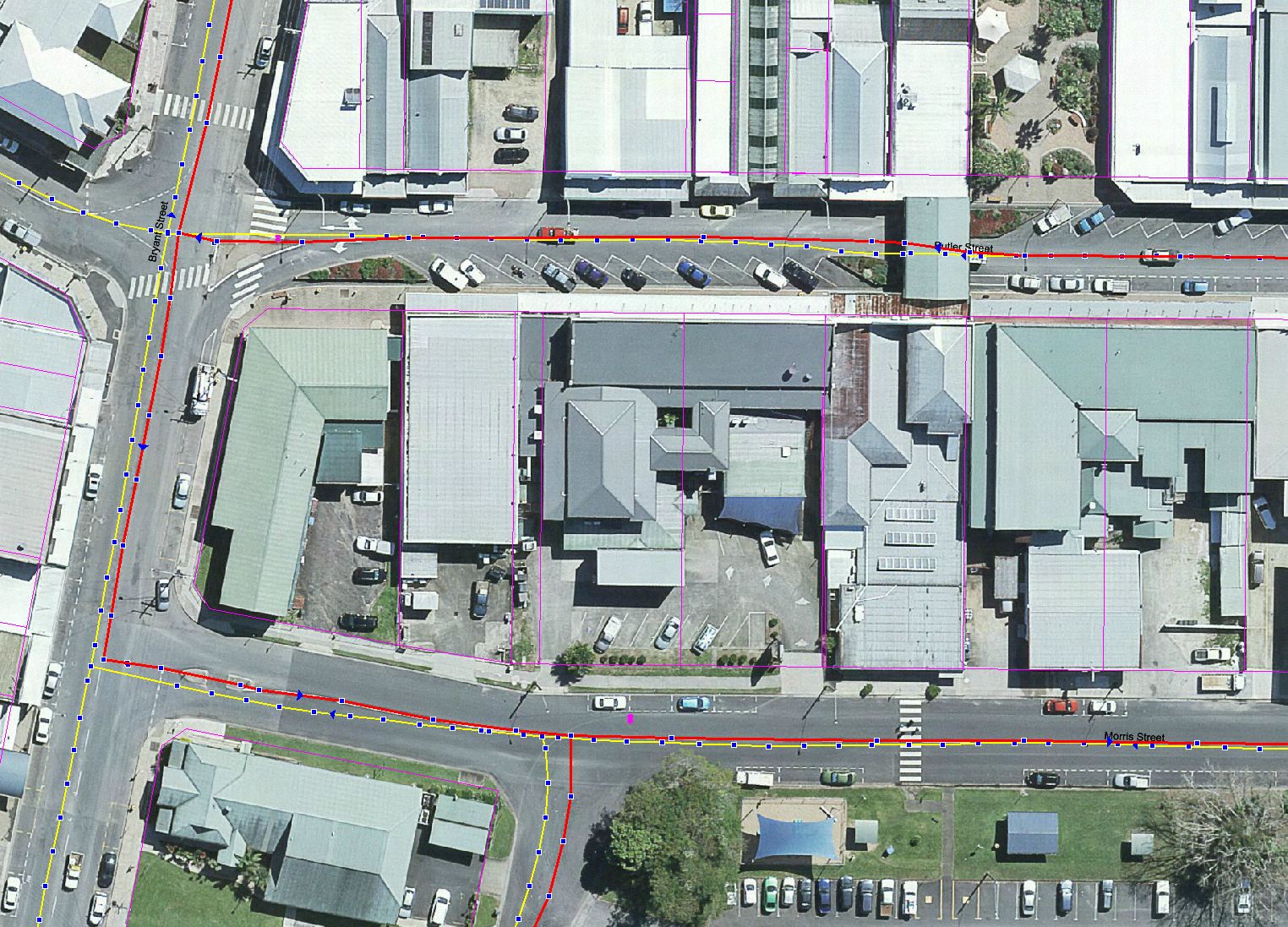 It's basically a spatial join but with a tolerance of up to about 5m . I see that there are options for point datasets (Spatial join using FME) but I can't seem to find anything for polylines.

I found a solution based on arcmap but I prefer to use FME in this case. See Merging and joining two line feature classes while maintaining attributes from both using ArcGIS for Desktop?

There's the following but it also dealing with a point dataset (FME - Is there a transformer to snap point on point of nearest line?)

Do I need to buffer the new dataset and then join the attributes of anything within the buffer and then convert this back into a line? or do I need to convert line to point and then run the above-suggested processes? or is there some simpler fme model process I can apply?

==== Based on @buddiebubba response I had the issue that he and @Mark Ireland said would happen.

I am not sure what attributes to use in the following 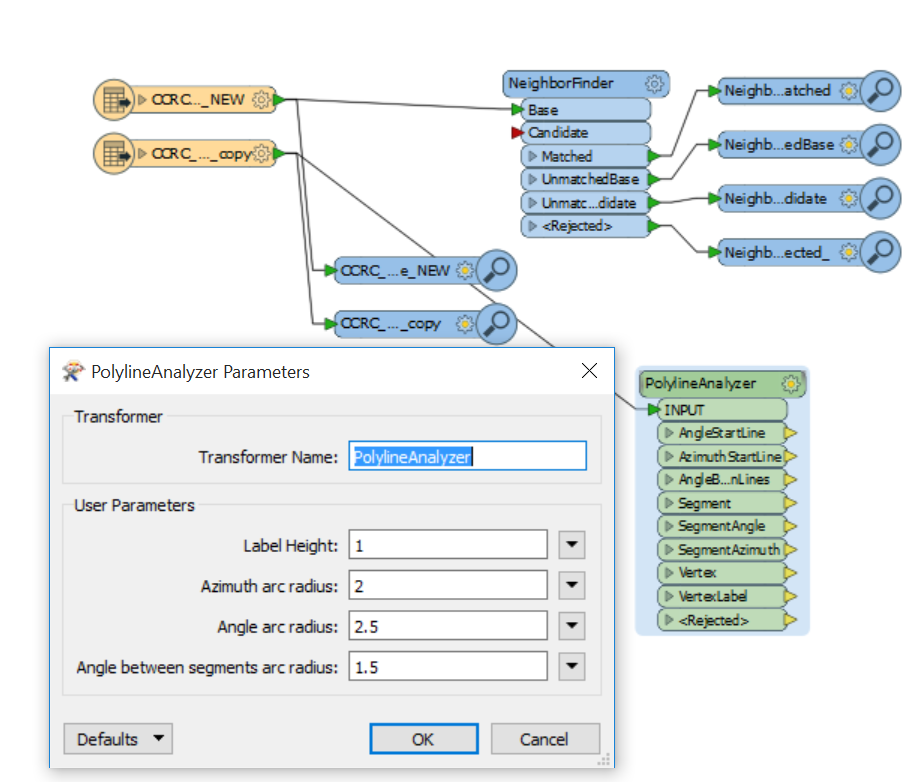 See https://drive.google.com/file/d/0B1XGDTNNfbMJZXZOZWRKa2lwMG8/view?usp=sharing for the fmw

=== I also tried the following which ends up with pretty much the same result.

See https://drive.google.com/file/d/0B1XGDTNNfbMJXzBKaDNWZldxNGM/view?usp=sharing for the fmw

The sample data is in https://drive.google.com/open?id=0B1XGDTNNfbMJVzI1TUdEOFg2Yzg

NeighborFinder will do what you need. New = base, old = candidate. Parameters: 1 candidate to find, distance 5m. The only challenge is to prevent matching the wrong candidate at intersections. Snipping off first and last point of both the base & candidate features should do the job.

======= update 20160620 As Mark suggested adding the AzimuthCalculator should solve the wrong match problem. You need to calculate the overall bearings from both sets, find the matching lines with the NeighborFinder and then test the result based on the difference between the bearings from the matched lines. See added screenshot.

You need to iterate what variables for Distance (NeighborFinder) and difference in bearing (Tester) works the best for your data.

Yes, the NeighborFinder transformer finds the closest 'candidate' to each 'base'.

Additionally, I would try a custom transformer we have called the PolylineAnalyzer. This transformer will tell you the overall bearing of each feature. If the bearing of the features you are matching are not within (say) 5 to 10 degrees of each other then it's likely to be the wrong match.

For example, in your screenshot the vertical yellow line is closer to the horizontal red, rather than the vertical red:

NeighborFinder by itself could produce the wrong result, but the bearings would be closer to 90 degrees different, highlighting that potential issue.

6
Merging and joining two line feature classes while maintaining attributes from both using ArcGIS for Desktop?
3
Is there FME transformer to snap point on point of nearest line?
2
Spatial join using FME