It doesn't matter how I save my project (Qconsolidate-Plugin, Relocator-Plugin, QPackage-Plugin or manual), the output is always defective: The export always consists (as shown in the picture) of three layers per one original layer in my original project: One .shp-layer, one .shx-layer and one .dbf-layer.

Additionally the .qgj-file, the .prj-file and the .cpg-file of every layer are "no valid data sources" referring to the defect report of QGIS.

The result is a wrong projection and a wrong symbology. 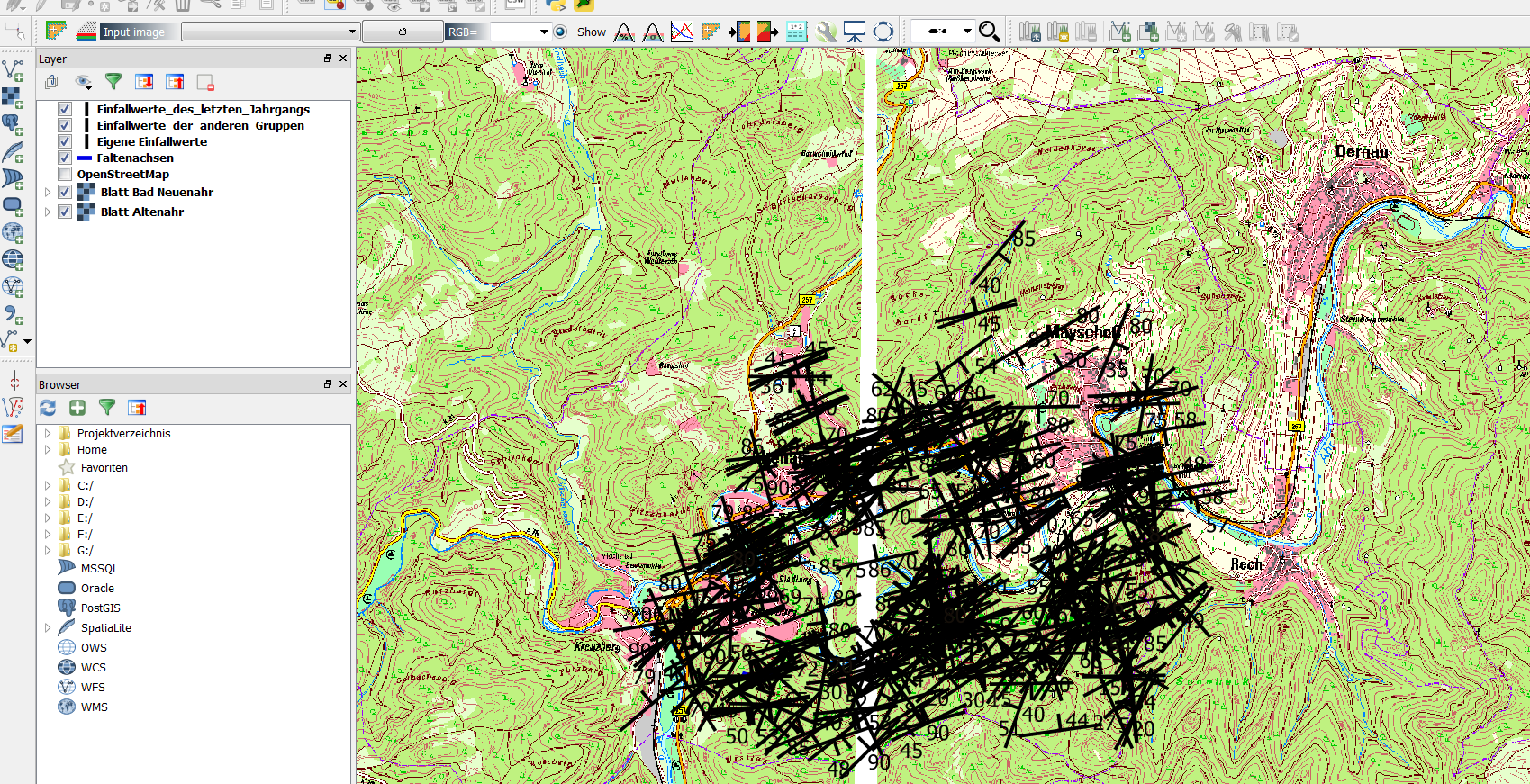 How ist that possible?

I'm not sure if maybe you're confused about how shapefiles write to disk.

A GIS single layer, when exported as a "shapefile", actually becomes a collection of files on disk, including one .shp file and usually also a .shx, a .dbf, a .prj, and a .cpg file.

Only the .shp will load in QGIS (and QGIS will automatically look for those other files). If you tried to open the .prj or .cpg directly QGIS, as you said, it will say they're not valid, because QGIS expects you to specify the .shp file.

Not the answer you're looking for? Browse other questions tagged qgis save or ask your own question.

1
Why can't QGIS recognize the right Layer CRS?
2
Edit a layer by "ShapeLib C library" and "QGIS" at the same time
4
How do I create/find .cpg files after creating a shapefile in QGIS?
1
Dynamic reports for QGIS?
2
Cannot select polygon from shapefile in QGIS?
1
Shapefiles rewritten to 100 bytes