Toggle between languages in ArcGIS Online

I'm making a tourist map for out municipality in ArcGIS Online. I would like to have it in 2 Languages (English and Norwegian). I have two separate layers for each Language Version.

Does anyone know if it is possible in ArcGIS online to set two buttons that will toggle between 2 Languages?

The way I have it now, is that I have set 2 separate widgets, one for English Version and one for Norwegian Version. The problem is, it doesn't really toggle between Languages. I still have to go in and switch off one layer before switching on the other.

Has anyone tried this before? 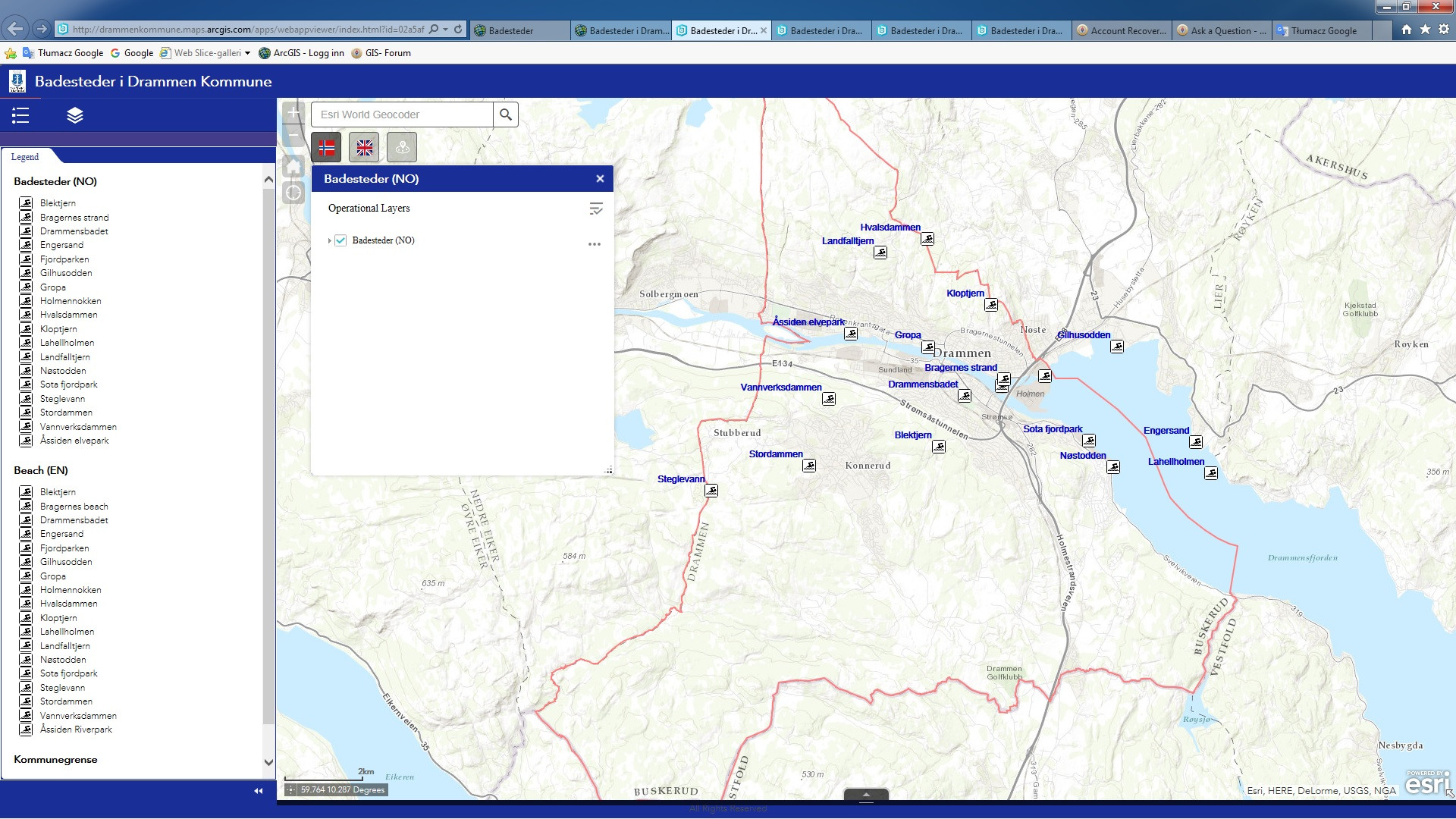 It is possible with ArcGIS Online to embed an app within an app.

1) Create a web app in each of the two languages

2) Make those apps public, and copy the embed code from the "share" button

4) In each tab, select the option to embed a web page

5) Embed each of the two language apps in separate tabs.

Not the answer you're looking for? Browse other questions tagged arcgis-online arcgis-web-appbuilder internationalization or ask your own question.