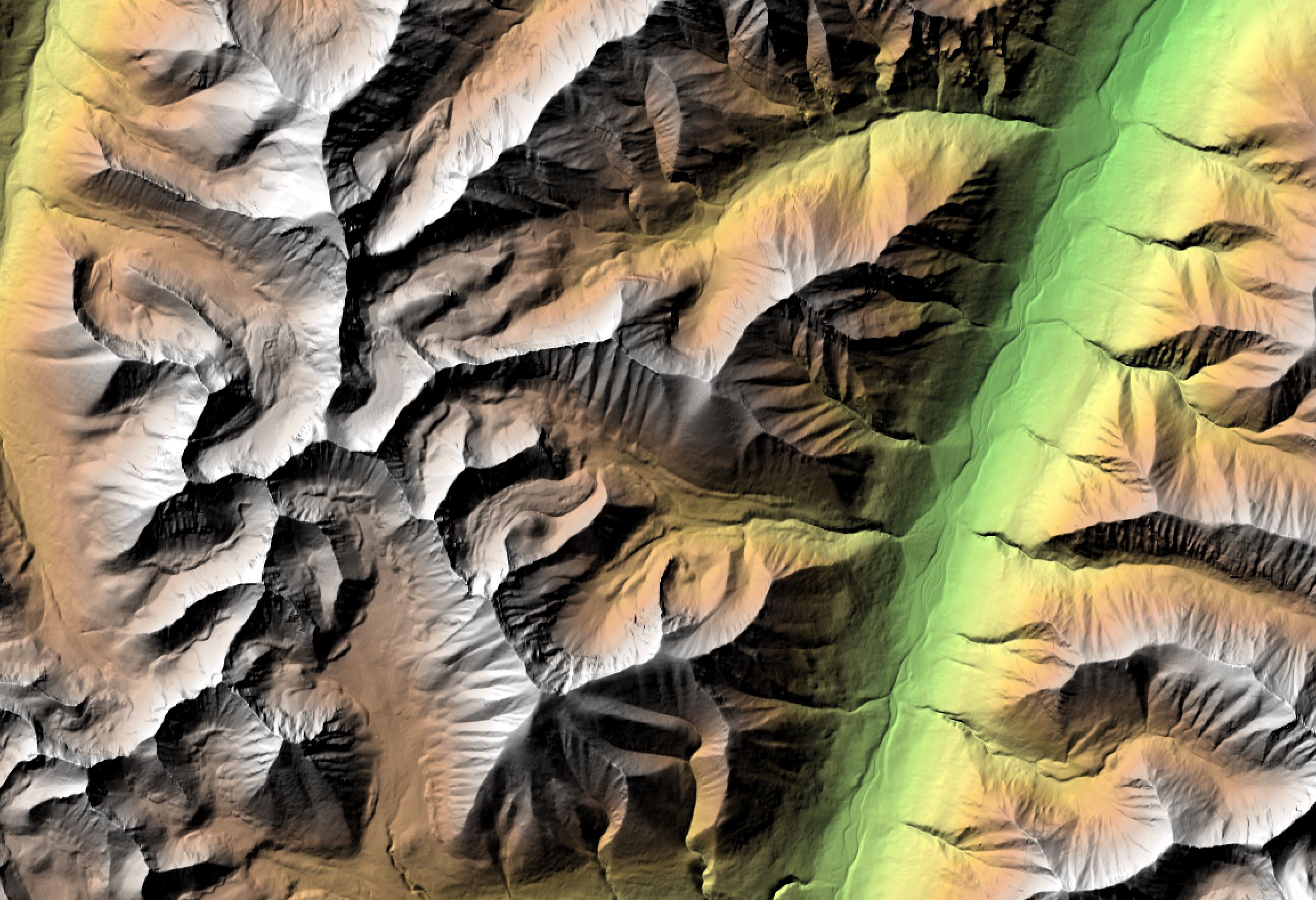 Happy with the above test, I then used the same procedures to create a VRT for my entire project area (77 NED TIFs), including a hillshade. Sadly, though, this hillshade (~ 70 GB!) has an unwanted grid pattern: 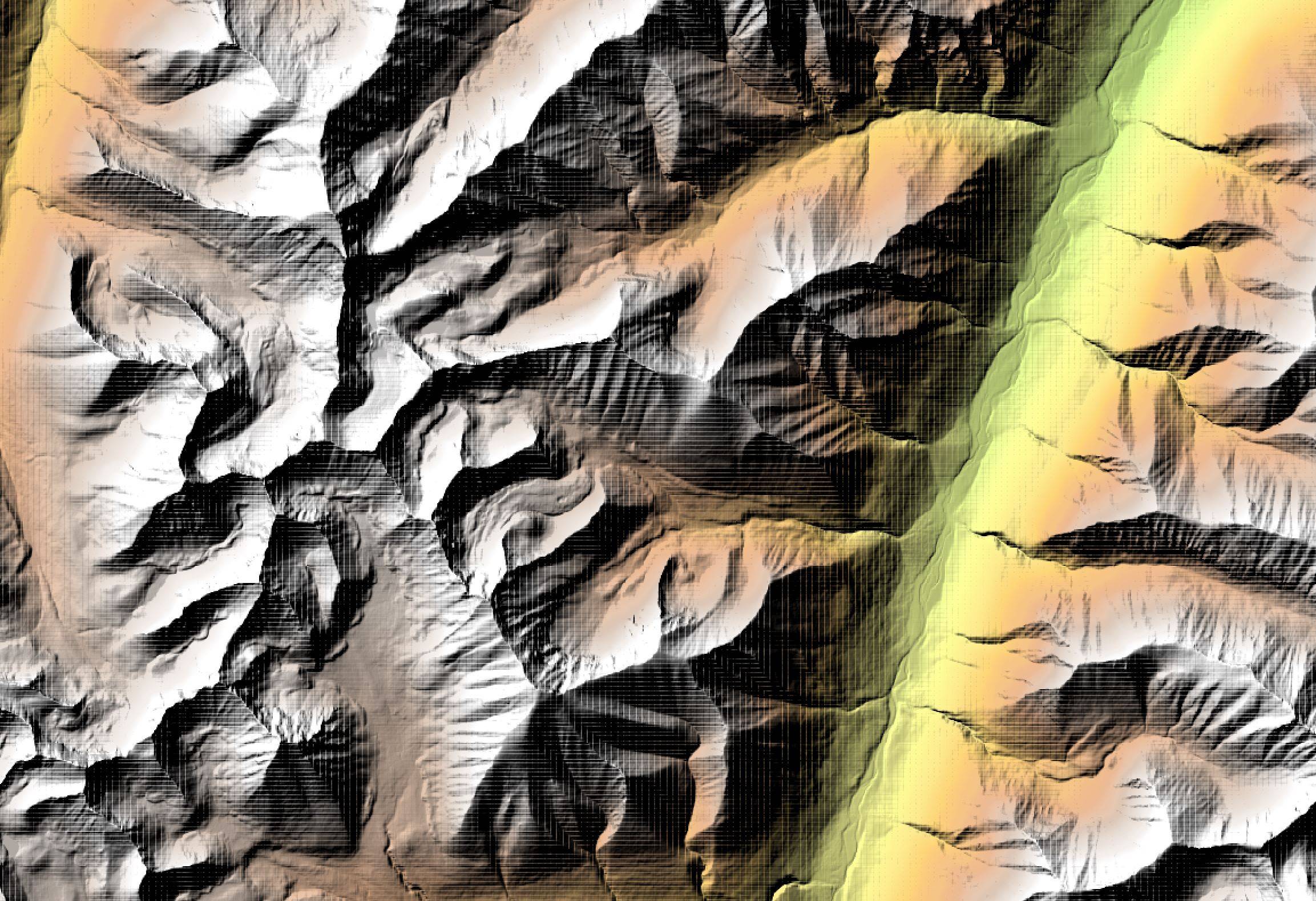 The same process is applied in both cases, the only difference (that I can think of) is the number of TIFFs in the VRT. The grid pattern reminds me of improper resampling techniques that I've seen in the past (such as using Nearest Neighbor when Bilinear would have been appropriate), but even still, why did it work so well in the test case? Any suggestions to avoid this grid pattern?

EDIT: After further experimentation, I have found that this unwanted grid pattern arises when as few as two tiles are used in a VRT.

Did you used option resolution in the build VRT menu? One possible reason is that your TIFF have pyramids.

Check under Layer properties - Pyramids: if you have small pyramids icons in yellow (see pic bellow). If you do have it then when you create VRT Qgis automatically switches to lower resolution - performance. As pyramids are made by Nearest Neighbor - you get that effect when hillshading. 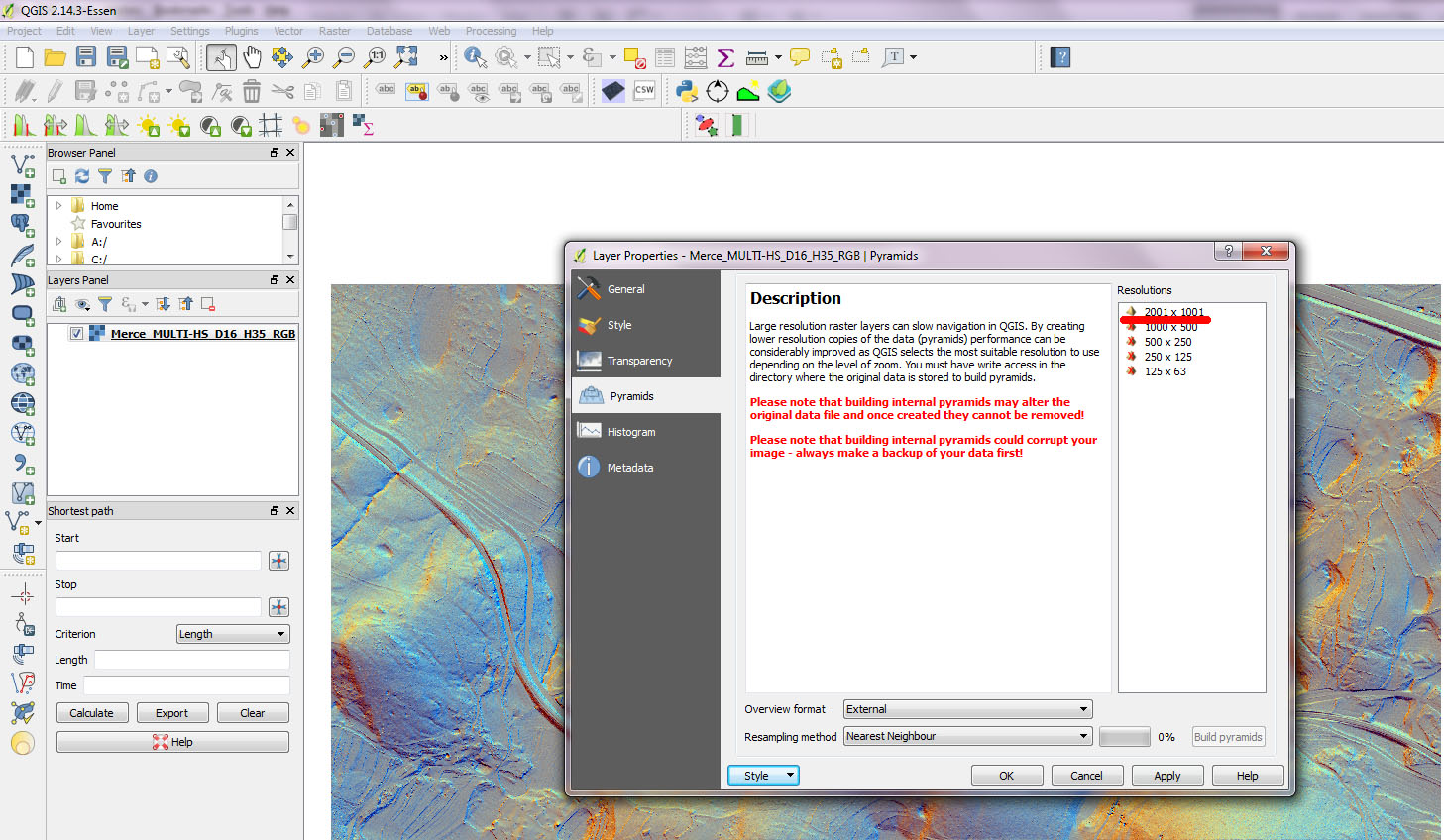 As it states in Layer properties-Pyramids: Please note that building internal pyramids may alter the original data file and once created they cannot be removed!

In that case i recommend that you make new tiffs or merge them through Raster - Miscellaneous - Merge.

Most likely grid artifacts in a hillshade are resulting from a DEM that got reprojected/warped by using nearest neighbour which seems to be the default resampling mode in GDAL/QGIS. As suggested in how to remove strange gdaldem hillshade artifacts and exhausted in depth here using bilinear as resampling mode when raster warping in order to avoid faulty hillshades is adviced.

This is what did the trick for me when I was confronted with that very symptomatic pattern - Not sure about VRTs though.

EDIT: I generated VRTs trying all three resolution options as suggested by Jost Hobic's comment and bumped into the grid again. Perhaps merging the DEMs beforehand would facilitate a workaround but 70 GB sound rather time consuming...

EDIT 2: Perhaps a more suitable workaround could be to create VRT out of hillshades which were batch processed beforehand ?

Not the answer you're looking for? Browse other questions tagged qgis hillshade vrt or ask your own question.

11
What is the source of horizontal and vertical striping in USGS DEMs?
3
How to remove strange gdaldem hillshade artifacts?