How to doing spatial join for several rasters

I have four rasters, each of 32 bits (single band), with the same cell size, the same number of rows and columns and identical extension. I need to make something like a "Spatial join", I mean, I need one of these four raster contains in its attribute table cell values of the other three raster. 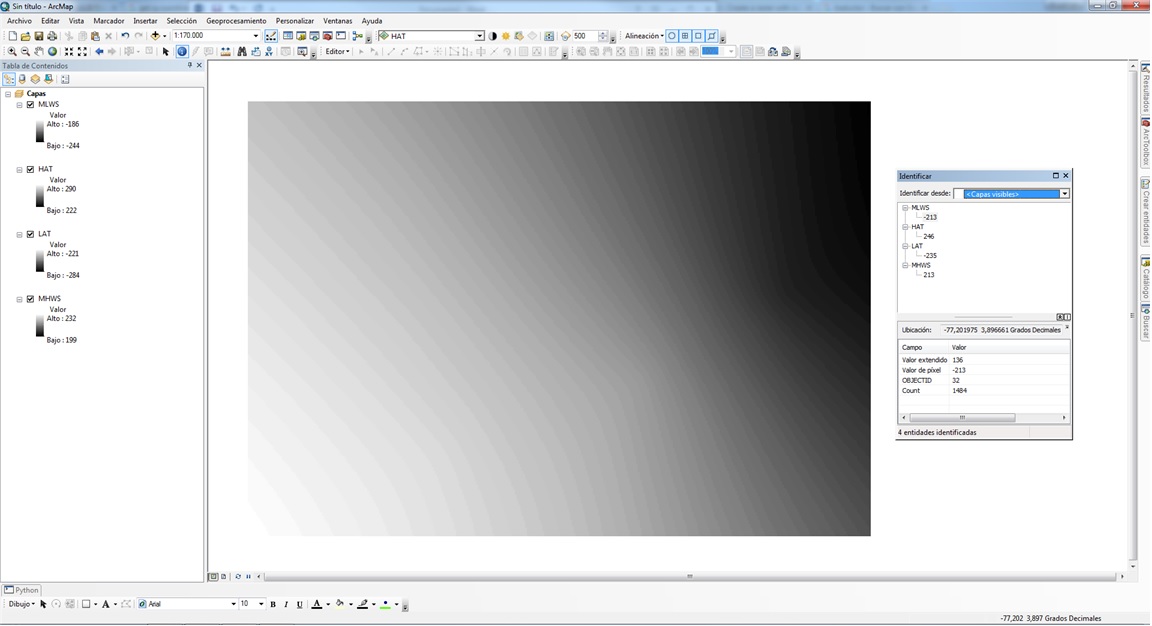 I am programming this with Python and I've tried several tools, including "Combine" that generates me a raster with the combination of the four raster and its attribute table contains columns with the values of each raster, however, I want the cell value is not altered and hold the raster MLWS, only adding to its attribute table three columns with the values of the other three raster (HAT , LAT , MHWS ). For this I need to generate some kind of spatial Join, looking for the corresponding cell in the other raster and bring value to my raster attribute table. This is an image for the obtained with the "Combine" tool: 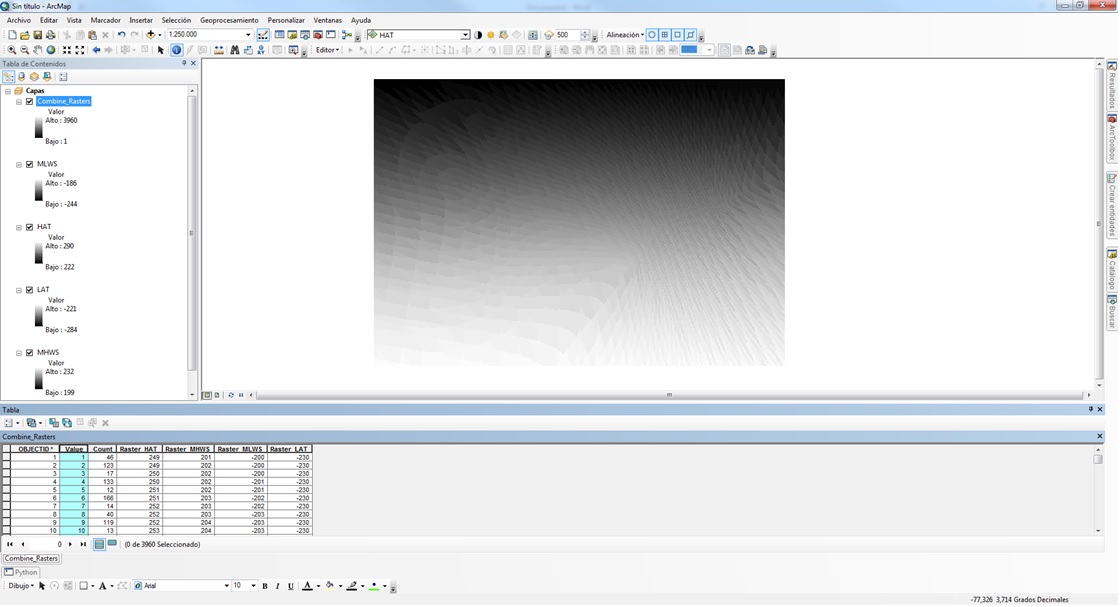 It works perfectly, I just need the final raster represents only MLWS values and not the combination of the four rasters, containing in the attribute table columns with the values of the other three raster.

You can try the following:

Note: You cannot create an MLWS value raster that in its value attribute table disaggregates in higher category/class than what is already in your Value column.

Note2: Did you try using a field calculator on VALUE and simply replacing the values with [MLWS] values? I assume ArcGIS will crash with this.. but who knows.

Not the answer you're looking for? Browse other questions tagged arcgis-desktop raster attribute-joins or ask your own question.