I wanted to split some lines I drew in ArcMap using the "Split" tool during editing.

What I was expecting is that once I split the line in, e.g. 10 segments, for each one of them ArcGIS updates Feature Attributes such as the objectID and the segment length, but I noticed these parameters were not modified.

Why does this not occur? I though the object ID was supposed to be unique for each feature in a layer or shapefile, and that if I splitted a line, the attribute "Shape_leng" (whose name was given by ArcMap itself, I did not created this feature) of each of them would have been updated (continuing with the previous example, I was expecting segments whose length is one tenth of the original one)

The Shape_length should most definitely update after an edit. The field Shape_leng might be an artifact from the Feature Class as a Shapefile. During my test, I split several lines in two. The ObjectID for the first half remained the same while the second half acquired a new ObjectID. 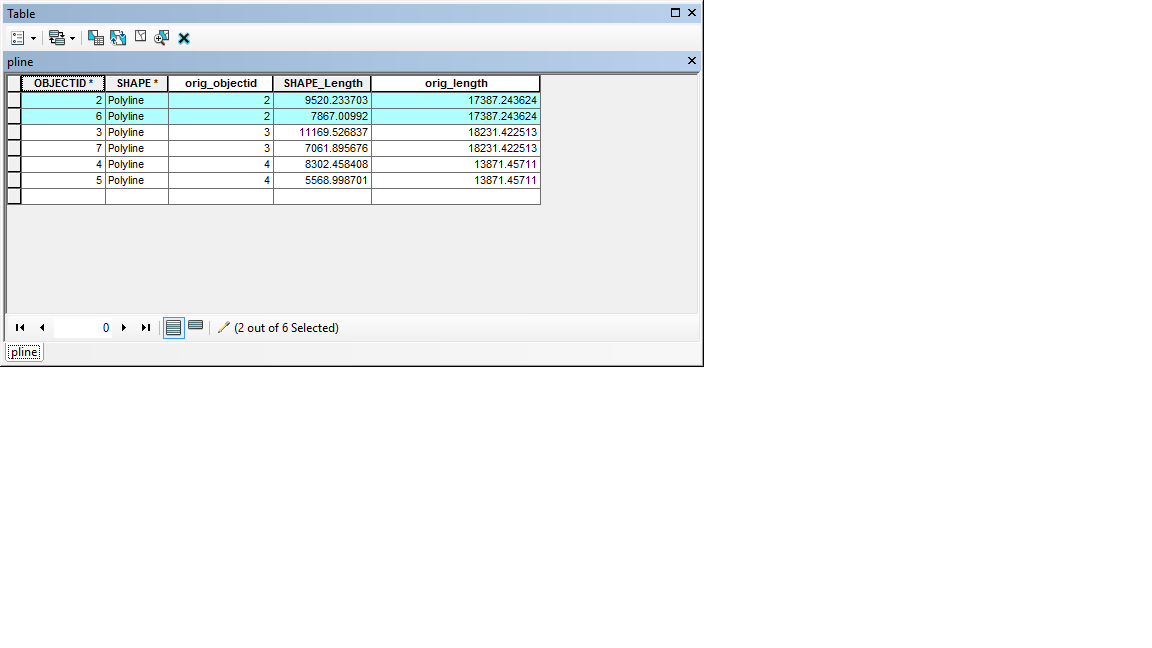 Not the answer you're looking for? Browse other questions tagged arcgis-desktop splitting or ask your own question.