Label every polygon in Geoserver multipolygon

I want to label all areas in a multipolygon in Geoserver using SLD. I have a map with two or three areas, but the label is only visible on the largest one. See attached images; the first image shows the map as a whole, the second image is zoomed in on the "northernmost part".

In Qgis there is a feature called Label every part of multi-part features. Is there something similar to this in Geoserver?

among other sld commands. 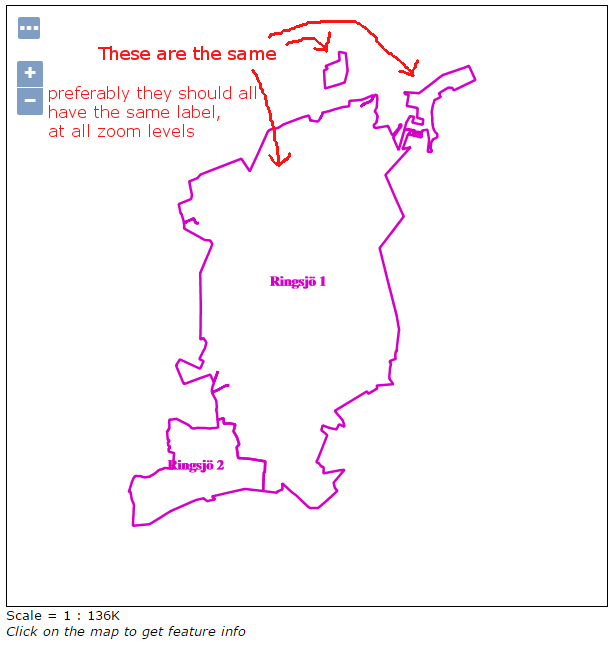 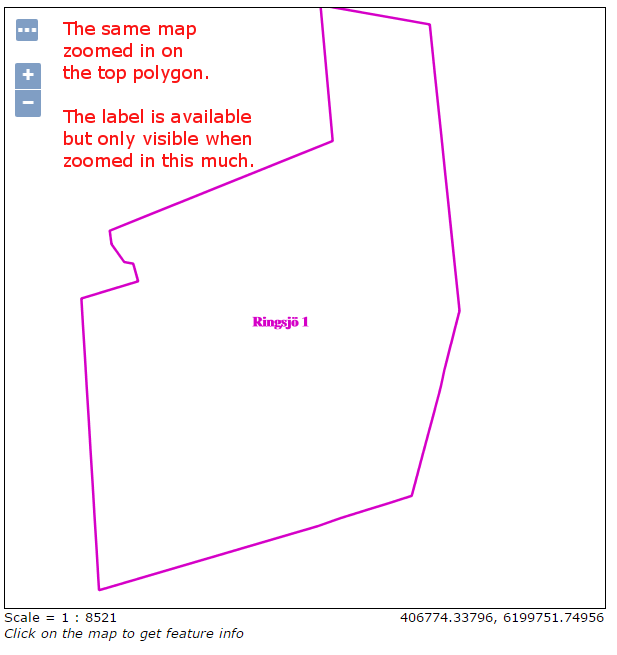 To the best of my knowledge (as the current maintainer of the GeoServer labeling engine) it cannot be done, unless you pre-process the data and split the above into multiple features.

An option to do that could be added though, like a labelAllComponents vendor option.

See this guide if you are interested in making it happen: https://github.com/geoserver/geoserver/wiki/Successfully-requesting-and-integrating-new-features-and-improvements-in-GeoServer

Not the answer you're looking for? Browse other questions tagged geoserver labeling sld or ask your own question.