Perfect circle in ArcGIS, why I get a multiside polygone (plurigone)?

Using ArcGIS basic (10.3), I tried to make perfect circles in ArcGIS with the buffer tool. As you can see on the two print screens, the circle is not perfect when I use a radius of 7,5 meters in a MTM projection project. The circle is composed of small lines (see arrows in the 2nd image). 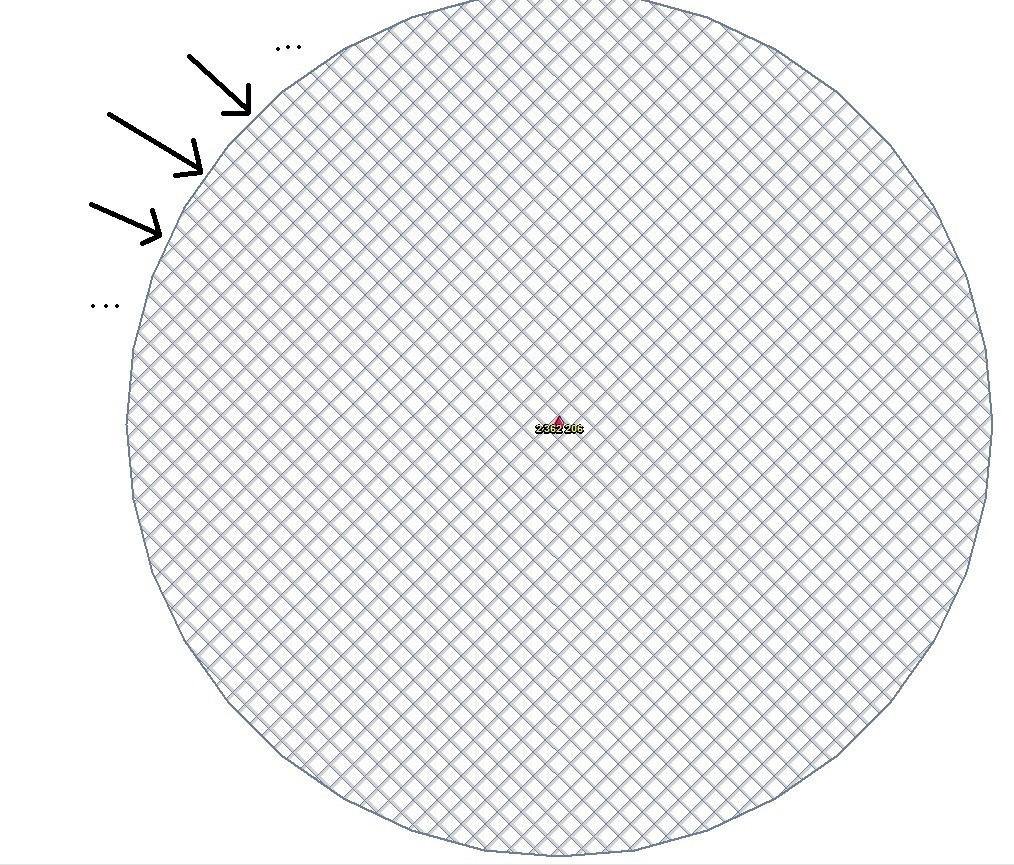 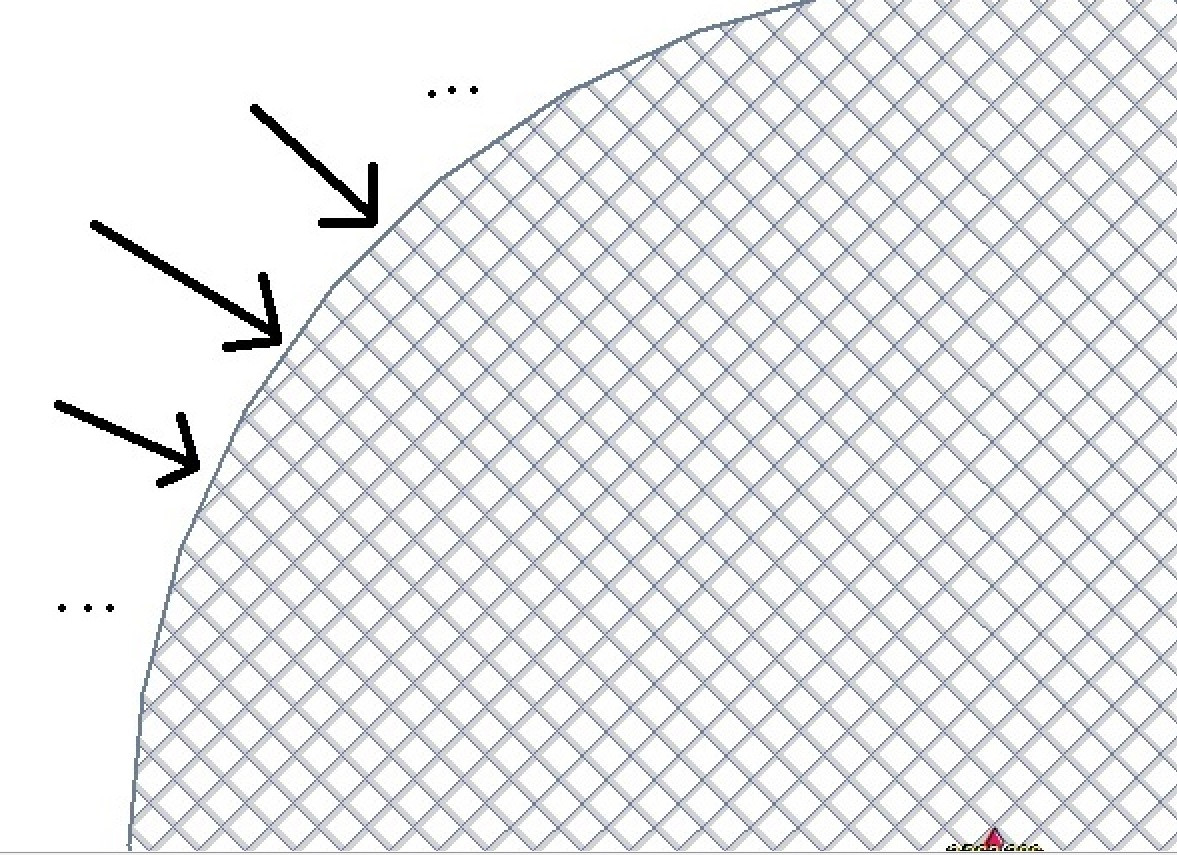 As commented by @Kirk Kuykendall, it appears your buffer is being saved into a Shapefile. Shapefiles do not support true arcs/curves, so saves the features with multiple segments.

Shapefiles do not support true parametric curves, including circular arcs, ellipses, and Bézier curves, so these shapes are stored as straight segments. True curves are fully supported in geodatabase feature classes.

(from About editing shapefiles)

Geodatabase feature classes do store arcs/curves, so setting your buffer output to a geodatabase will produce the output you require.

In the screenshot below, the stars highlight the vertices for the two buffer circles. The buffer on the left is stored in a geodatabase, the one on the right in a shapefile. Both are 7.5m buffers. 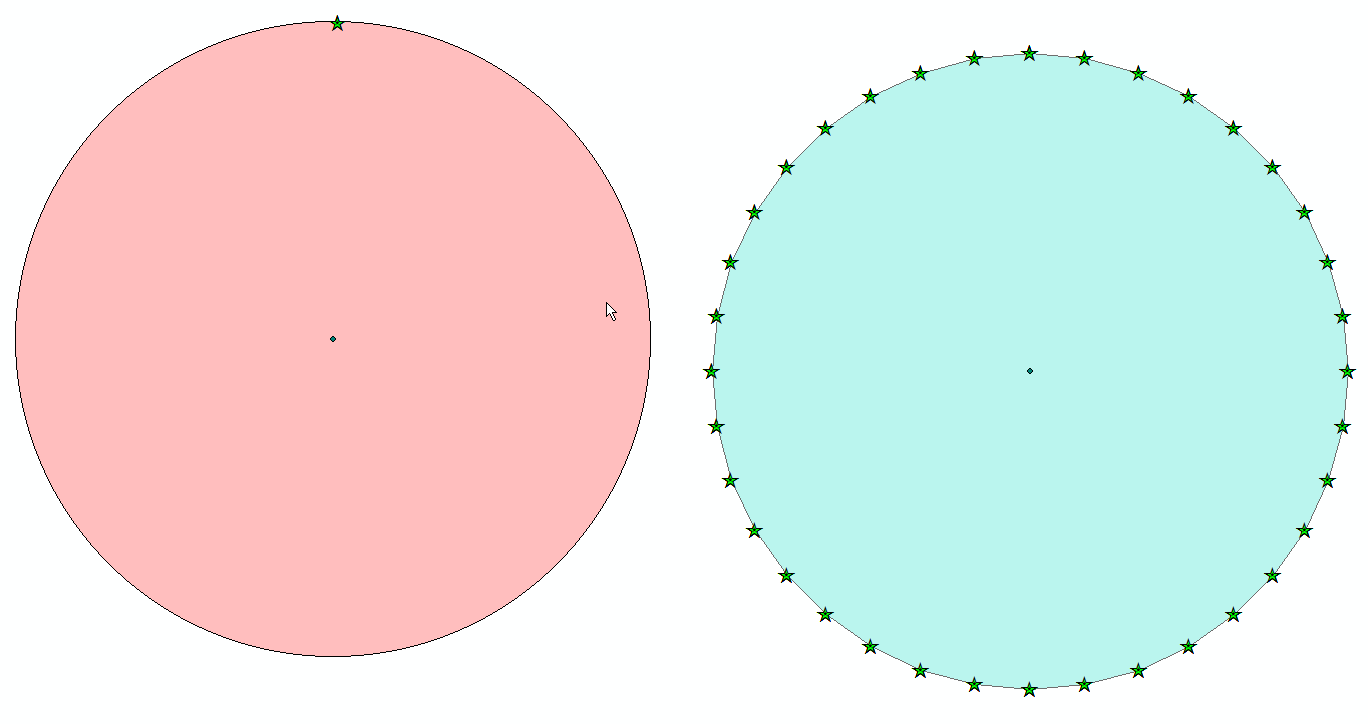 The buffer areas - top is geodatabase, bottom is shapefile:

Below are the same buffers without the stars highlighting the vertices 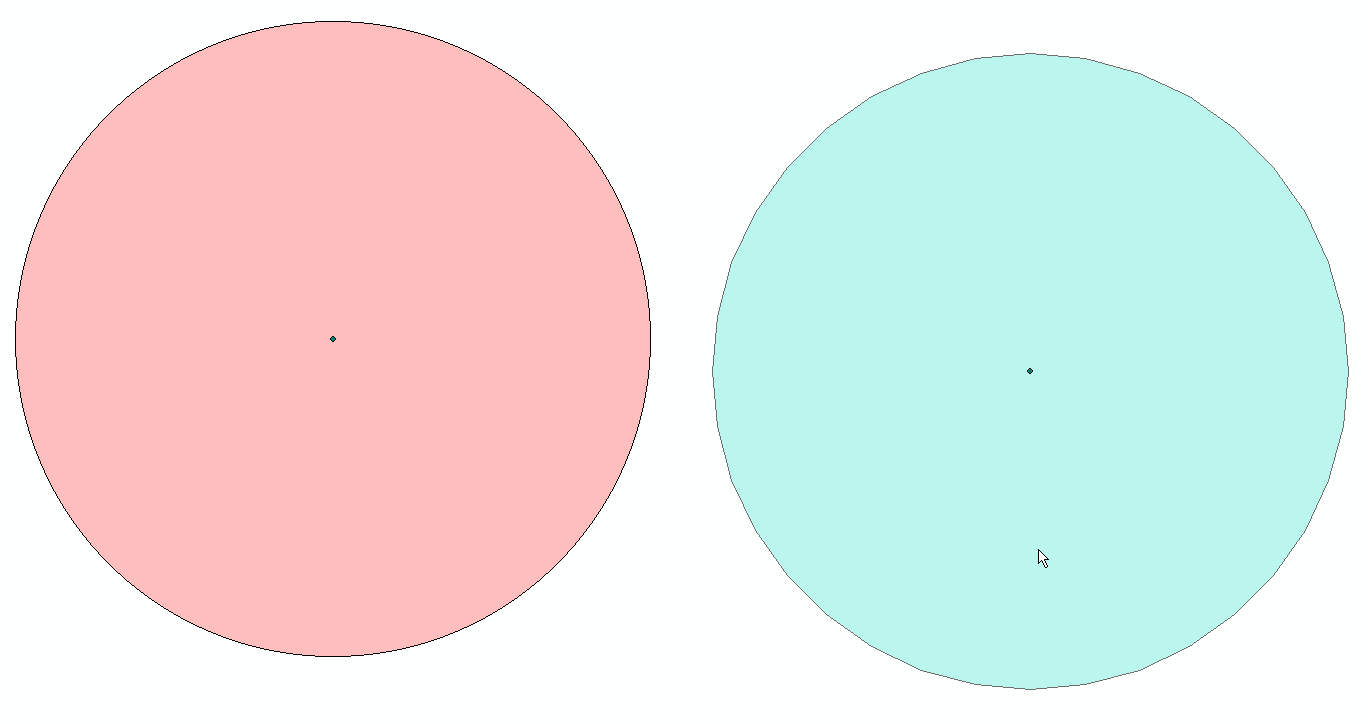 I haven't looked at this in a long while, but as far as I know it hasn't changed.

ArcGIS draws the buffers at a fixed graphical resolution, so they appear smooth when viewed at that zoom level but if you zoom in you see the straight lines as you observe. If you zoom in the layer to buffer and then run the buffer tool you should see that these straight lines do not appear until you zoom in again to a yet finer scale. Its a weird limitation and can be quite significant if interested in detailed buffers over very large areas.

MapInfo allows direct control of the number of segments (at least it did last I checked 15 years ago!).

As to why.. well all vector data boils down to points and straight lines, so its a question of how accurately one wishes to describe an arc. Why ArcGIS uses such an obscure method to determine it.. good question!

Not the answer you're looking for? Browse other questions tagged arcgis-desktop polygon buffer circle or ask your own question.