I've tried the "Detect Feature Changes" tool, which has worked pretty well, but still leaves a lot to be desired (ex: it might only assign the attributes to one of the selected lines below). Ive also experimented with the Conflation toolset, but am not very experienced with it.

How can I make this process more "fine-grained" or are there other/better ways to go about it? 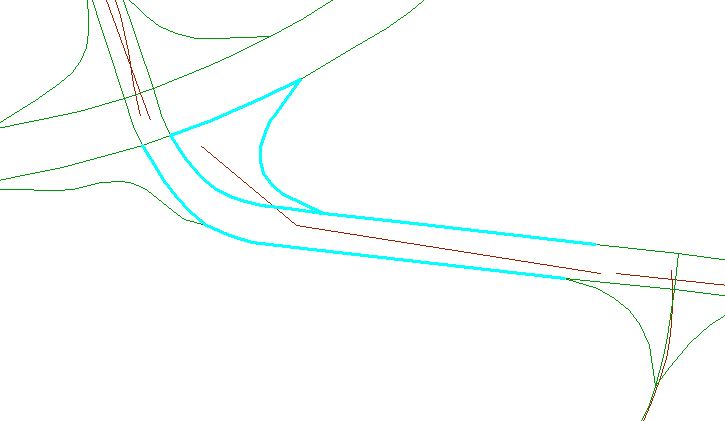 The detect Feature Changes works great when the geometry representations are the more or less the same with dual centerlines or single centerlines used in the same way. But the tool design is as good as it needs to be to do the process. You're attempting to do this with frankly very bad data, and garbage in garbage out continues to be an unbreakable law of computers.

Like most complex tasks that have no easy solution you have to break it down into phases. The fact that only one line gets matched is not really a problem. Validate the lines you are fine with and mark them as validated in a new field. Then select everything that is not validated and run the tool again on that set with a new set of outputs. Do this as many times as you need to until manually fixing the oddballs is easier that using the tool.

Since you are only transferring attributes doing multiple transfers in phases is a relatively simple process. Phasing geometry transfers would be the more difficult process, but you are not doing that.

Not the answer you're looking for? Browse other questions tagged arcgis-desktop network-analyst spatial-join conflation or ask your own question.