Edit Extent of a Shapefile ArcMap10.3

I created a polyline feature and then I created a shapefile. Then overlayed another map and I wanted to analyse the distribution of the distance from the polyline, but the extents of the shapefile of the polyline are limited by the polyline lengths, cutting out part of the area I would be interested to (as you can see in the pic below). Is it possible to edit the size of the shapefile, so I can cover all the area? 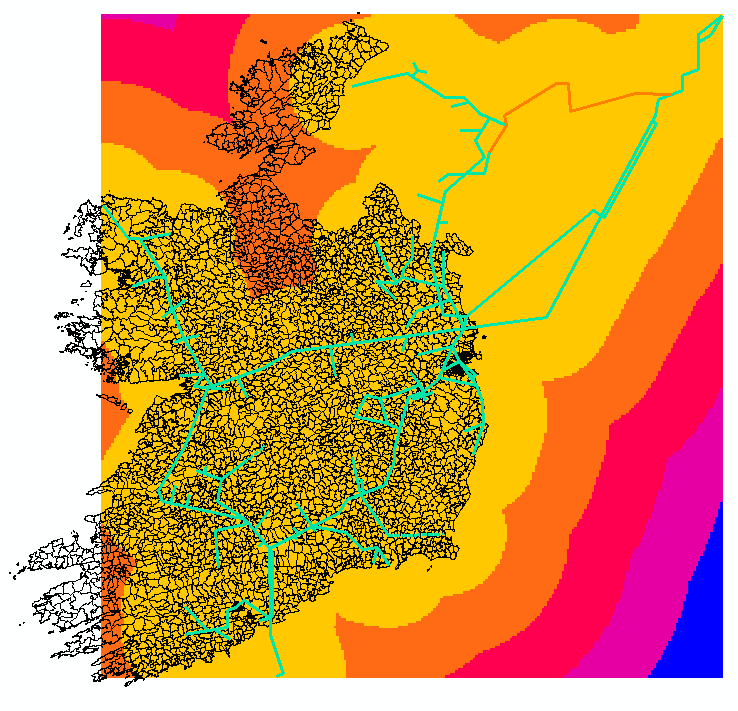 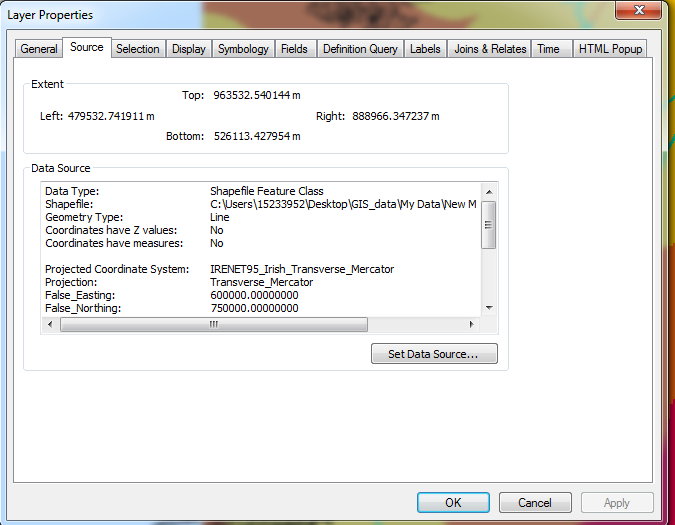 When you are computing distance (I'm guessing using a buffer tool given the concentric color zones), under Environments, expand Processing Extent and set the Extent to your Polygon file. 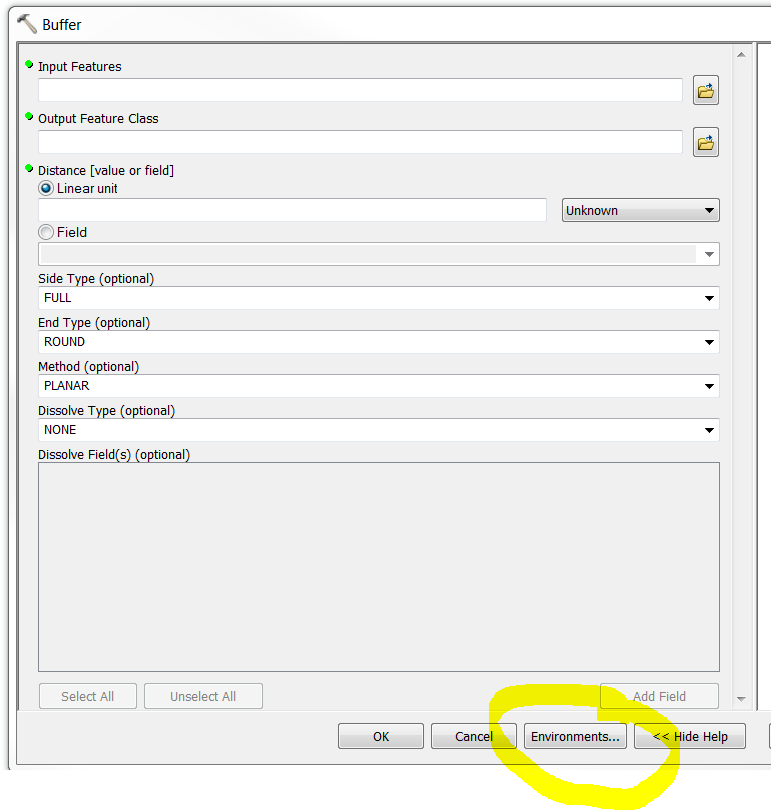 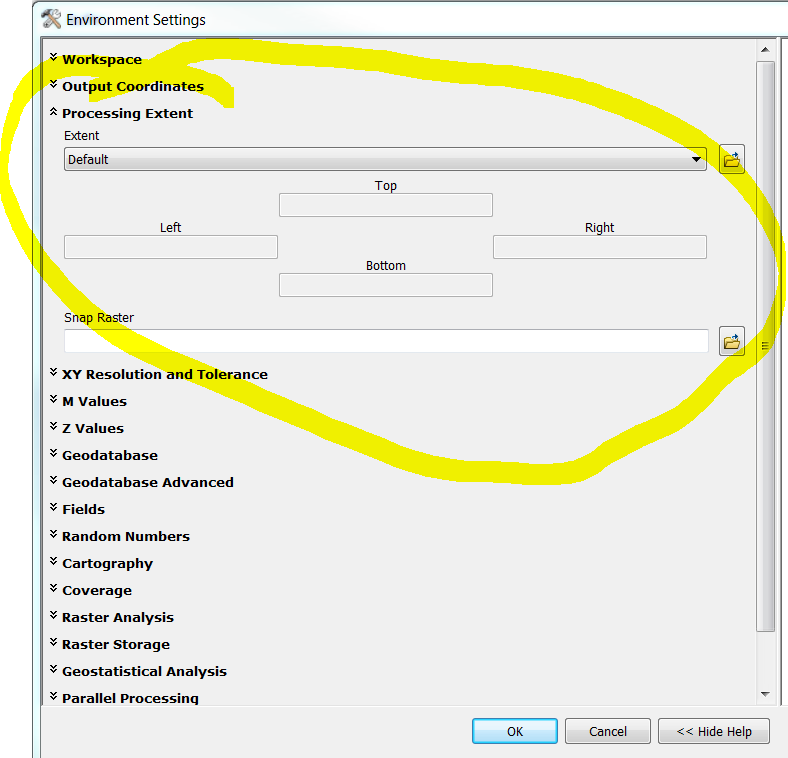 Not the answer you're looking for? Browse other questions tagged arcgis-desktop shapefile arcgis-10.3 extents or ask your own question.

1
Polygon grid shapefile for landmass
3
Extracting values of one point shapefile to another point shapefile
4
How can I get my raster analysis to produce a larger extent in ArcGIS
1
Bringing information from one shapefile into another using ModelBuilder?
4
Measuring distance to roads using raster data in ArcMap?
1
Determining land cover change over time
10
Read only part of an ESRI shapefile into R
1
Calculating 2D area beneath polyline?