I don't know anything about Global Information Systems. I want to do something which should be extremely simple and extremely common sense

I have Google Earth Pro. I just want to see a color-coded elevation layer.

You would think that that would be standard. I've searched for years on the Internet, and everyone makes such a big deal about doing stuff like this. And people have bits and pieces of things here and there, and they do all kinds of weird, complicated, useless things. And they end up doing everything else BUT THIS. And, as far as I have seen, no one actually ever produces anything like this end.

In the days before compututors, maps were made all the time with this color elevation data. You know, green at sea level and then yellow, orange, and red, as you go higher.

There should be a webpage somewhere that just says, "Click here to add a color elevation layer" to Google Earth.

Man, what's up with that?

You say well that's ArcGIS DEM 90m DVD px nTV-KML DVR 40GB blah blah blah. Get over it. No it's not that complicated. Look at all of the layers that they put in Google Earth. You have like an "Endangered Species" layer, a "Hiking Trails" layer. And you're telling me that you can't do an elevation layer?

I can't believe they give people degrees for this stuff in college. There's too many people involved in this stuff and too little results. 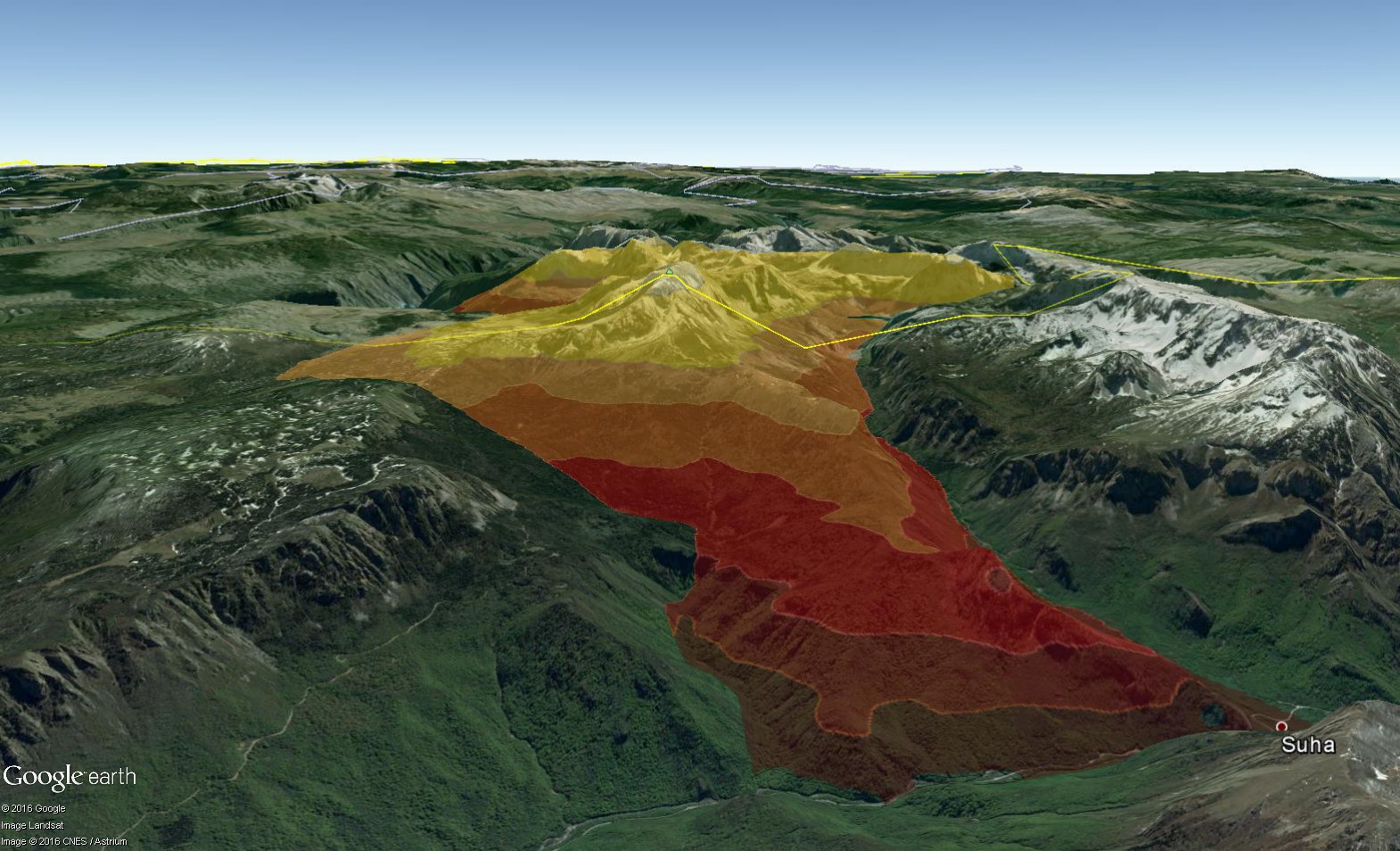 You have to make a colored map and export to kmz,and make map transparent.

Here's a great KMZ of a Global Relief Model from NOAA: https://www.ngdc.noaa.gov/mgg/global/relief/ETOPO1/tiled/ice_surface/etopo1_ice_surface.kmz

also have a look at this web page: https://gisgeography.com/free-global-dem-data-sources/

Not the answer you're looking for? Browse other questions tagged google-earth elevation google-earth-pro or ask your own question.