I have some data which is built like this:

where bbb and ccc vary in length.

I want to extract the last segment of the string, after the second ",". Using the Function Editor:

I save it as a function called sp_split, but when I call it in the expression with a field for a value, it doesn't recognize it. 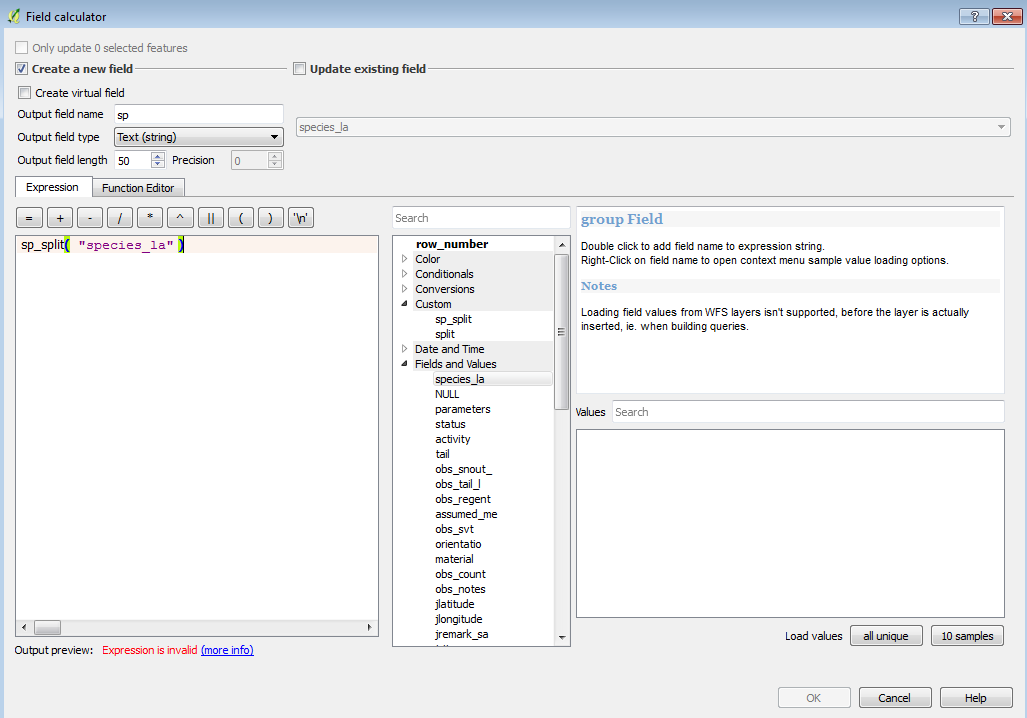 What might be the reason for that? I'm at a loss here. I'm using the function because of the split, if there is another way of using the built-in expression to retain the "ccc" part, I'll gladly use it.

I think you need to add from qgis.utils import qgsfunction into your code. You can also remove the other imports as they're not necessary. So something like this should work:

Not the answer you're looking for? Browse other questions tagged qgis pyqgis field-calculator string qgis-custom-function or ask your own question.