I'm trying to load huge .osm files into R in order to run advanced analysis. I did not expect the loading part to be complex, but it proved difficult.

The issue here is that the time it takes to parse the XML file (.osm is xml-like) and populate an object (here an osmar one) seems to be quadratically proportional to the file size.

And in case you wonder how I found that it was quadratic, here is a representation of the analysis, with files between 0 and 500 Mo. 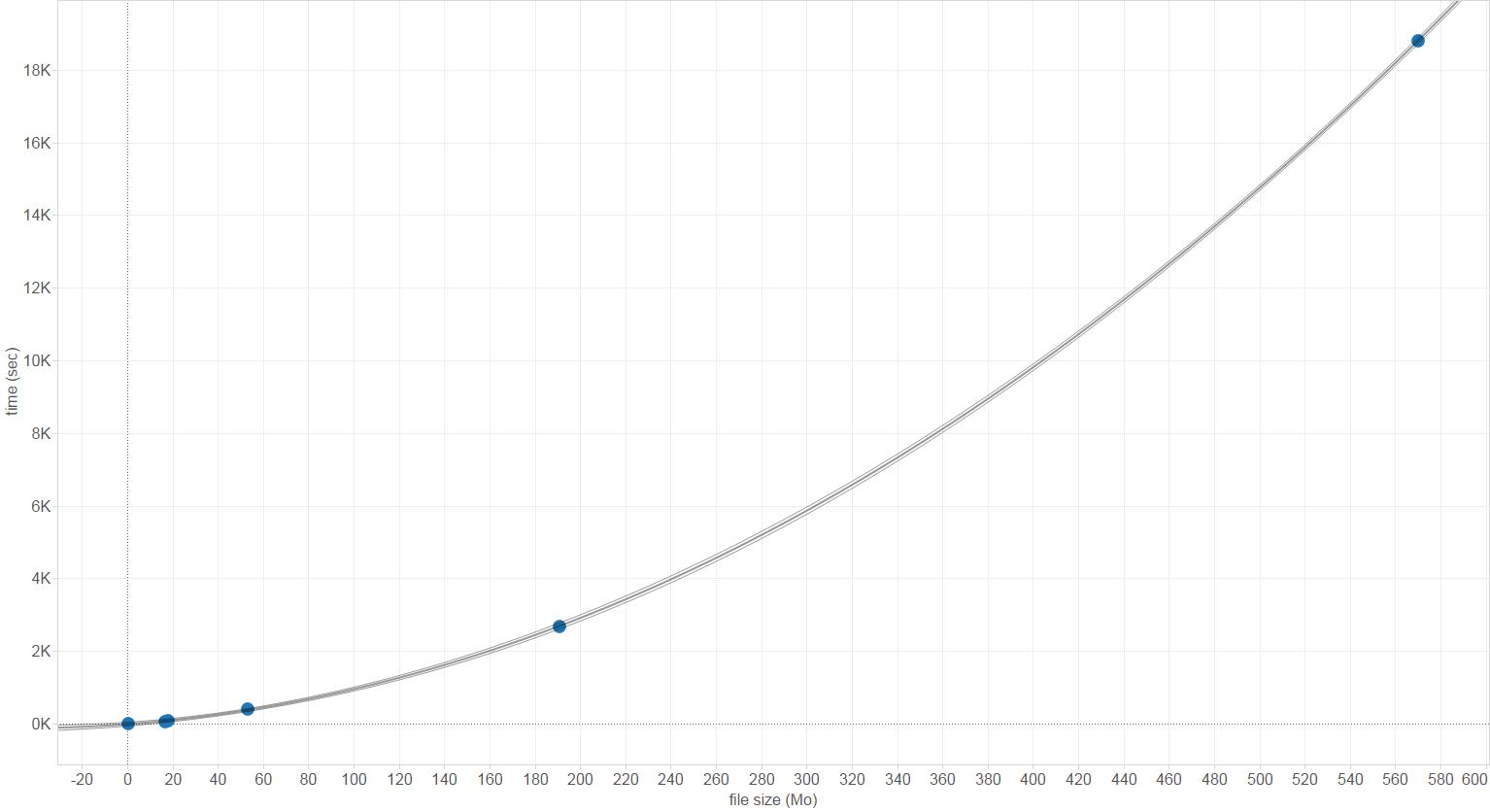 At this point, my only chance to make it work seems to be the following : split the country in 100x100 small parts, and load them separately. Obviously, I don't really like the idea.

I decided to implement the split / combine approach successfully. The idea is to split a .osm file into n parts, load every single part and then combine them.

Thanks to this trick, was able to load countries in osmar in a few hours, which wasn't possible before (ex: France 7hours). The choice of the number of splits is the tricky part because it depends on the filesize. I tend to split in at least 50 parts, but sometimes you'll need far more.

I'm not happy with this answer though, because I still don't know why osmar ends-up taking quadratically more time loading large files. It does not make sense to me.

Not the answer you're looking for? Browse other questions tagged openstreetmap r xml large-datasets or ask your own question.

2
R and osmar : How to merge two adjacent osm files with overlapping nodes and ways?