Normally we have two shapefiles, Point and Polyline. We then populate my polyline layer with the point data ID where the lines start to where they end; eg. create two columns (from and to).

However in a GIS system representing electrical network, we have only one shapefile Polyline. No shapefile for Points. How can we generate and populate shapefile for points.

X and Y coordinates are available for start node and end node.

However in case of two line segments of a polyline, the common point / joint should have should be represented by a single point only. How can we generate and populate point shapefile and establish two columns in polyline with IDs of two points ?

In QGIS you can use the 'Locate Points along lines' Plugin. 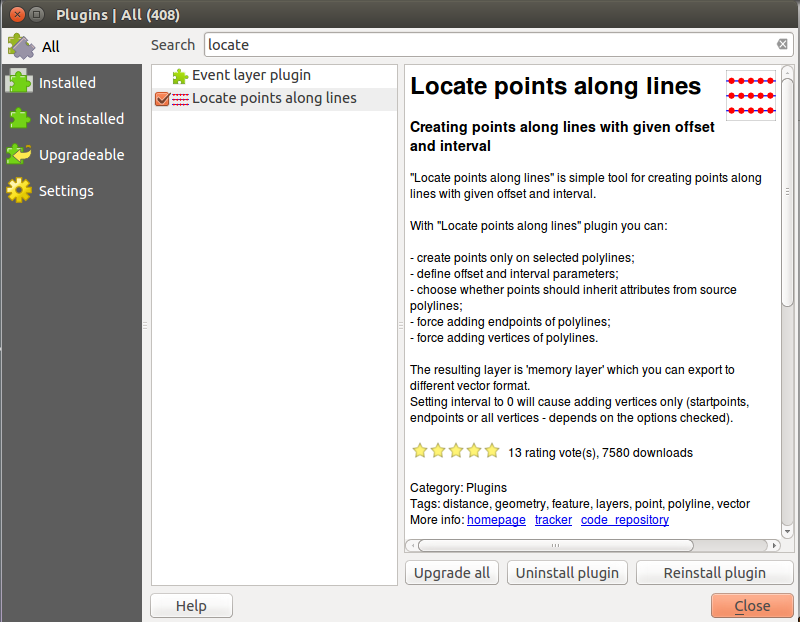 Run the tool, add your line layer and check the 'endpoints' option to get only the starting and ending nodes. 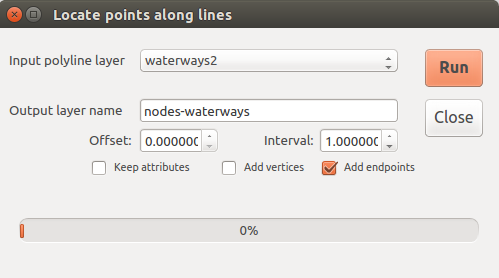 And you should get a new shapefile with only the starting and ending nodes. 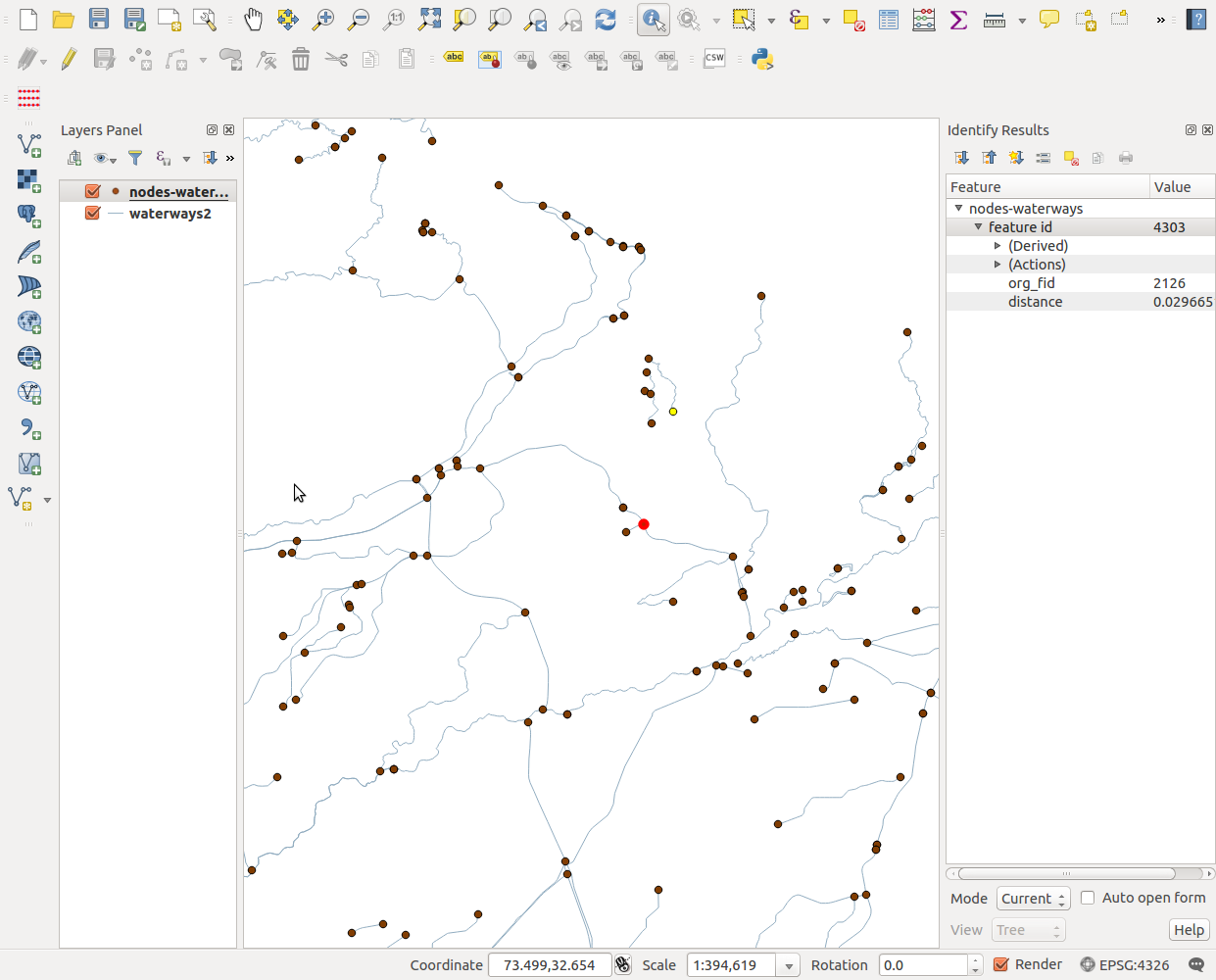 If you have the x,y coordinates for your nodes, which you suggest you have, place them in a spreadsheet with 3 columns: x,y, node type. In ArcGis: Create an xy event layer and then export this data to a shapefile.

Not the answer you're looking for? Browse other questions tagged qgis shapefile point or ask your own question.

1
Clustering 40k+ points from shapefile and populating Google Maps/Webapp?
7
Connecting centroids of lines sharing same intersection in QGIS?
2
Generating graph edge list from polyline and point shapefiles?
2
How to add points to line at every polygon/polyline intersection and have attribute table including distance of new line sements
3
get lat/lon values of every start and end point of polyline
4
Adding ID of startpoint and endpoint to polyline layer using QGIS
2
Generating new point file based on specified distances and azimuths/angles from previous point in ArcMap?
5
Generating start and end points for individual road segments