Symbolizing arrow length proportional to value in ArcGIS for Desktop?

I am trying to plot velocities (from GPS data) as arrows in ArcGIS 10.3. Say the velocity at one point is 20 mm/y and at another point 40 mm/y. I will worry about the direction later - let us assume it is straight north. I would like to symbolize the data points as arrows starting at the coordinates of the datapoint, going straight north and with a length of respectively 20-times some unit and 40-times some unit.

Has anyone done this?

If it is not doable in Arc - is there some open source GIS that can do that?

There is a plugin in QGIS called Vector field renderer that can do what you asking for. Based on the description below it

Renders a point layer with arrows representing vectors. The size and orientation of the arrow is data defined. Typically this would be used to represent movement, fluid flow or ground deformation for example. The plugin can also draw an ellipse representing the error covariance of the vector. The scale of the arrows can be easily changed using buttons on the toolbar. The plugin also can draw a scale box on the map.

I tested the plugin in QGIS 2.16.1, and this a screenshot of the initial output based on values from a field: 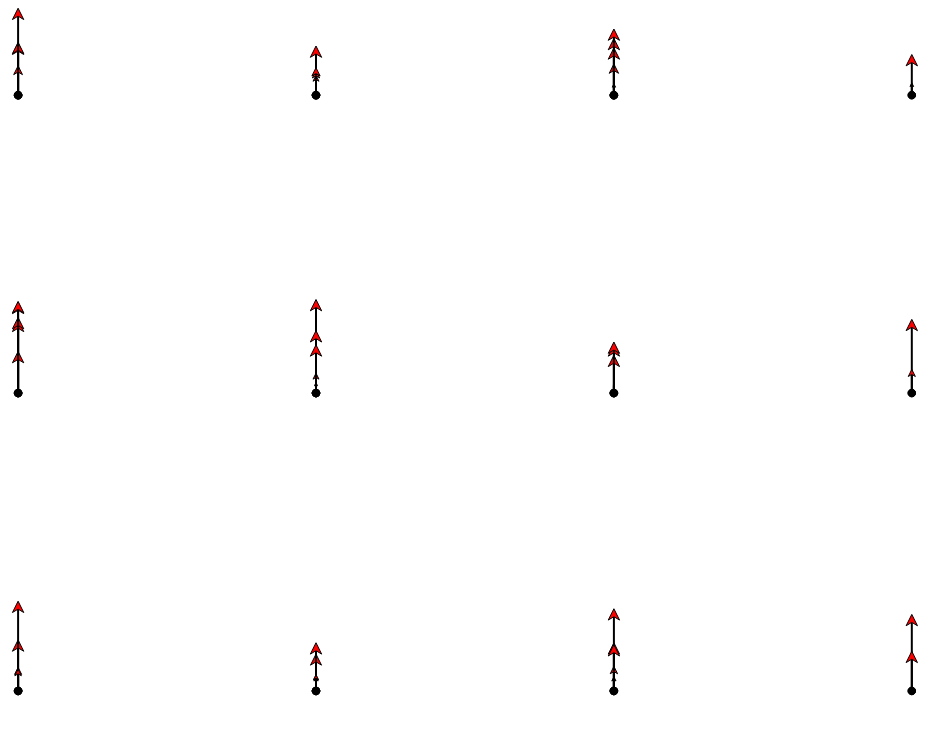 But it has many options that you can try it by yourself: 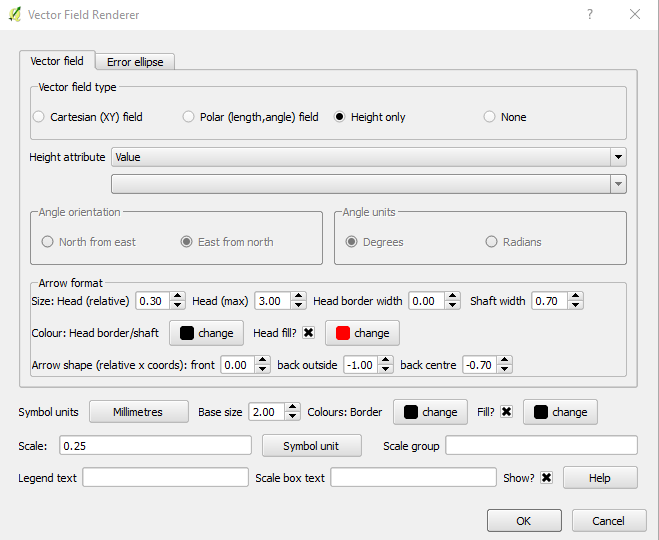 Not the answer you're looking for? Browse other questions tagged arcgis-desktop arcgis-10.3 symbology or ask your own question.

// TODO sg: TMP solution until we are confident in our current implementation of async imports // once we are, we can move the if into the js entry file and dynamically load the mark obsolete module