I have just converted some British National Grid coordinates to degrees decimal, WGS 1984. I now want to do the same with a UK local authority shapefile which I have read into a couple of different programs and which doesn't make any sense to me. The only info in the shapefile is 'Geo_code'. I presume I need to convert the shapefile to the same notation system but I don't understand the format it is currently in. Unfortunately trying to convert the shapefile in ARC Tools gives an erro. 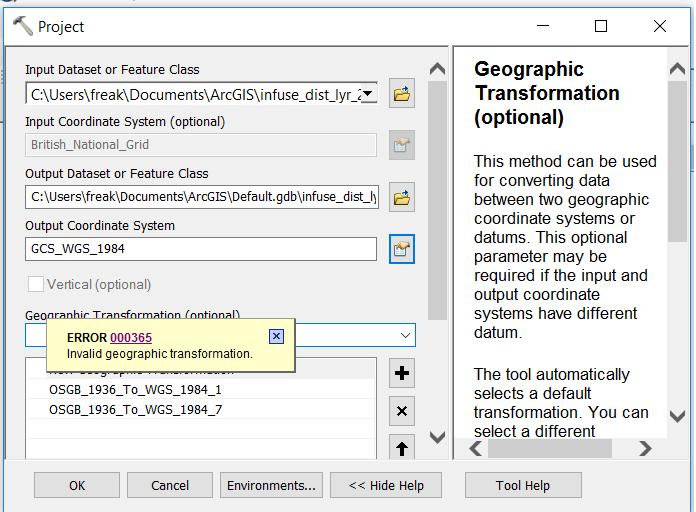 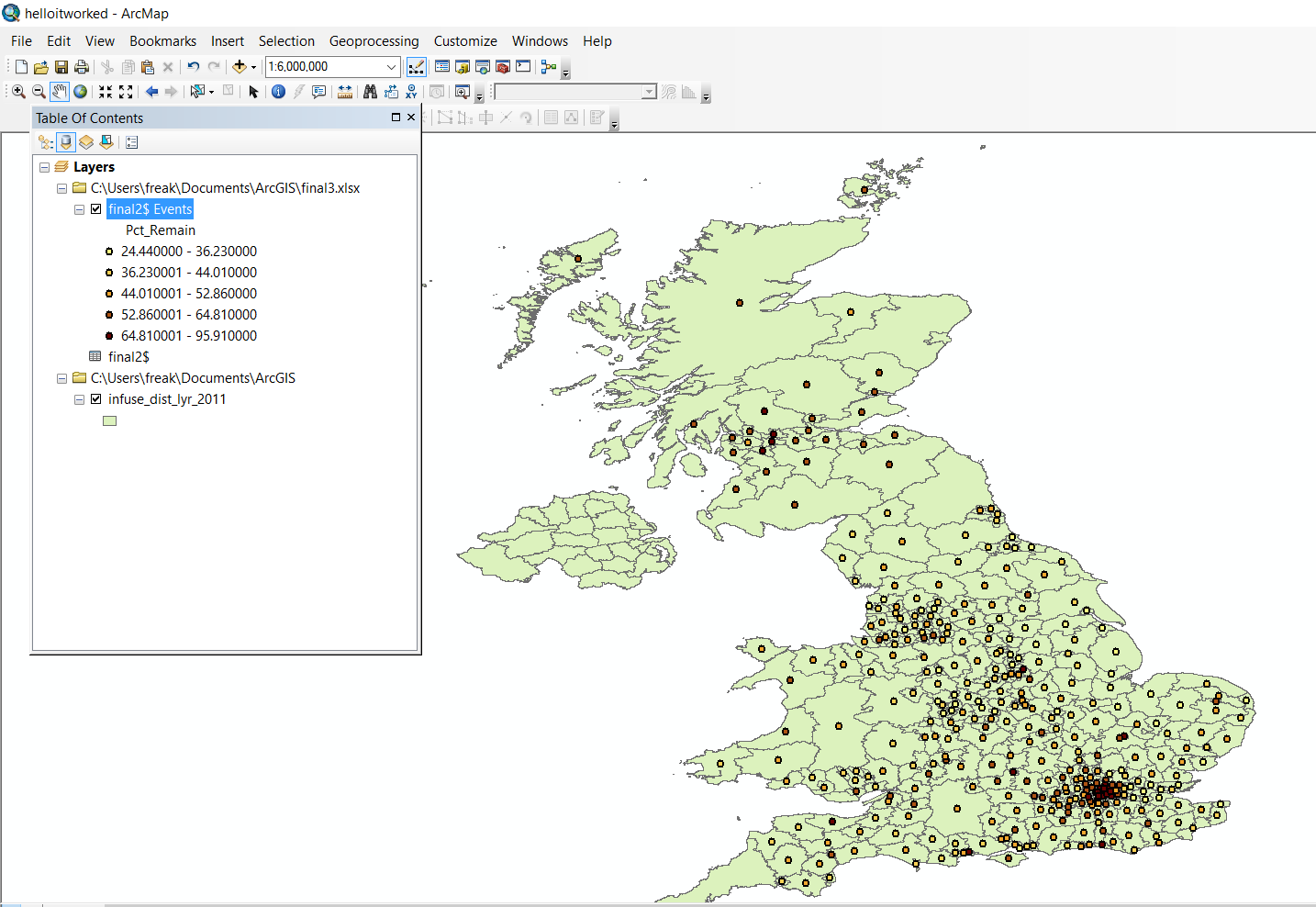 You don't need to have coordinates in the attribute table for the shapefile to be usable. In fact, sometimes you don't want coordinates as attributes because you would need to continually recalculate them if you're doing a any geometric editing of the shapefile.

Does the shapefile have a defined coordinate system? Check its property page. If it doesn't, try adding it to ArcMap with some other BNG data, or even with the WGS84 data. Set the data frame to BNG. Does the local authority data line up? If it does, define its coordinate system as British National Grid. Then use the Project Tool to convert it to WGS84.

Assuming these are point locations:

Create two new fields called x and y, or something of the like. Then, right click in those fields in the attribute table, choose Calculate Geometry, and then the appropriate coordinate type (x or y) for each field. That will explicitly record into the attribute table the coordinates for each point in whatever spatial reference system the data is in.

Not the answer you're looking for? Browse other questions tagged arcgis-desktop coordinate-system layers or ask your own question.