I'm new in QGIS, I have two shapefiles Northern Ireland (NI) and Ireland and there is overlapping with theirs borders. 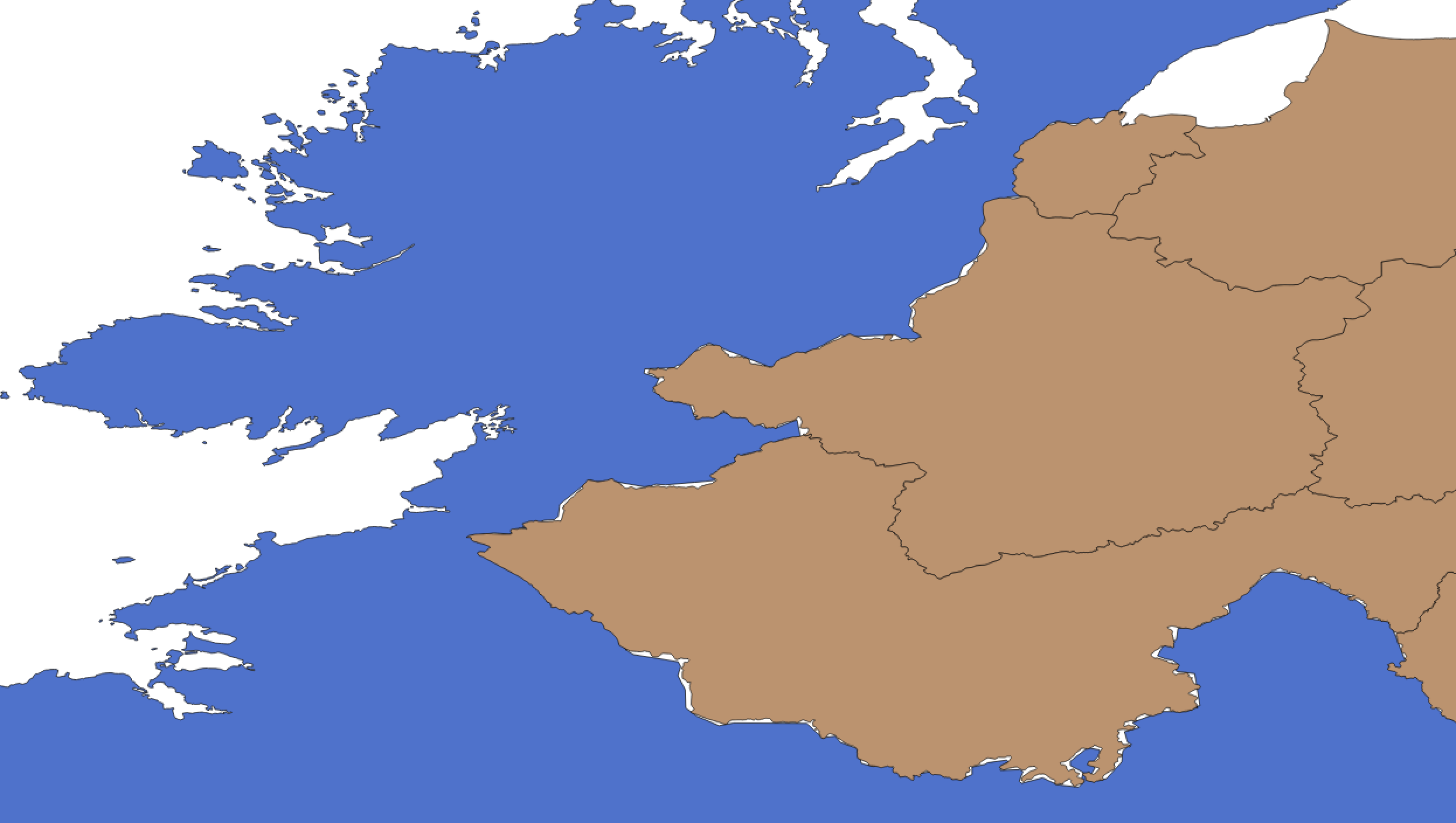 Is there same way that could use border of NI for example and give me output merged those two files with border of one NI on inside part? Or can anyone help me how to solve this because as you can see I have also those "white parts" in between those two shapefiles.

I took advice from @Joseph, so I use shapefile (Ireland and NI together from ArcGIS and also the layer of NI constituency (it isn't county) NI_shapefile.zip. I did first

I got Group A (Ireland) and Group B (NI) from Ireland.shp Then I use

using Group B (NI) and NI_shapefile (I change projection to be EPSG 4326) I get intersection layer. Now I wanted to check if everything is good and at first seemed like it is 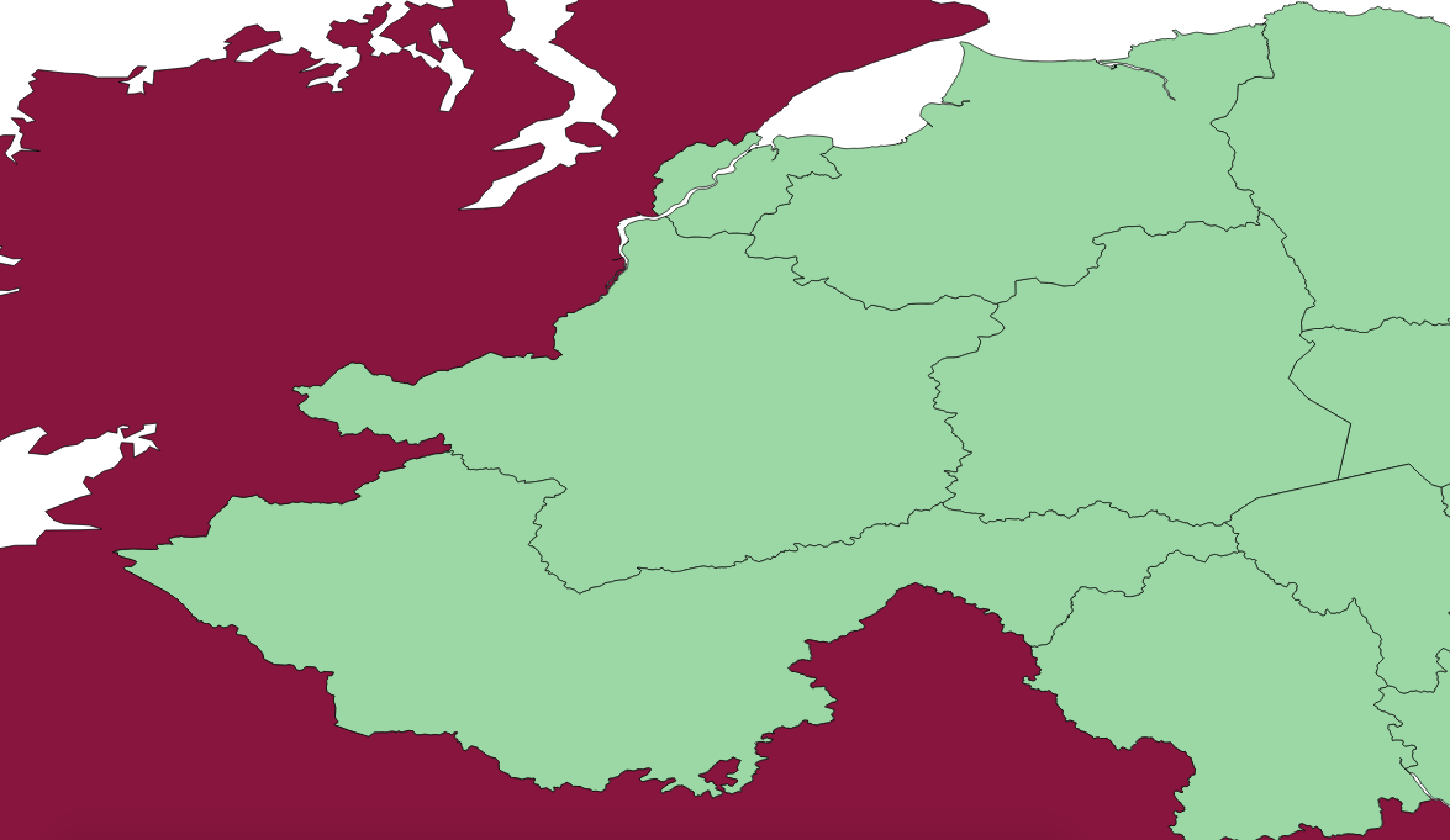 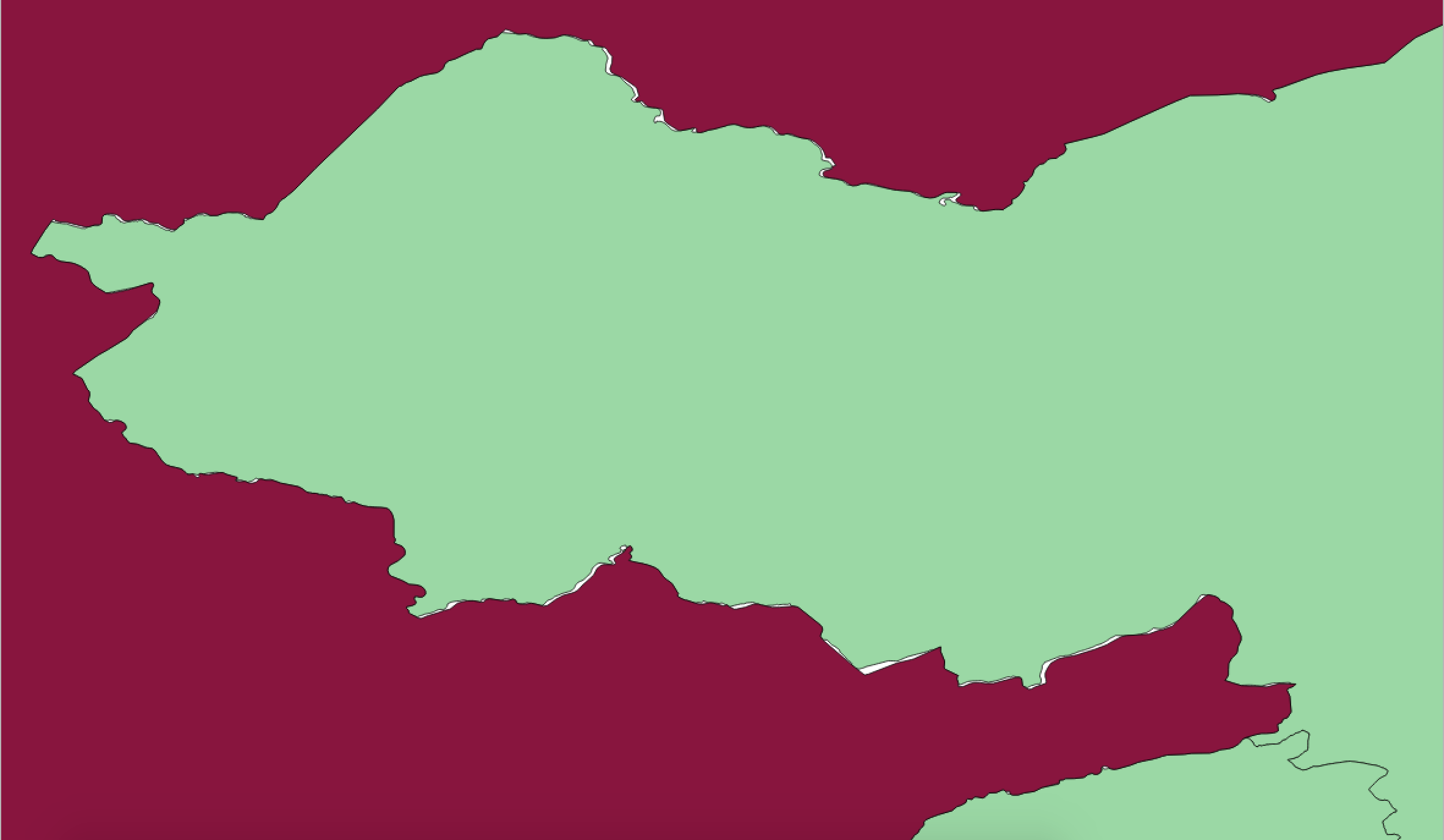 I tried to get layer with difference and then to do union but then QGIS crashes, every time.

I merged difference from NI_shapefile and Group B(NI that I got from splitting the whole Ireland) and added(merged) to Ireland part and that looks like this, 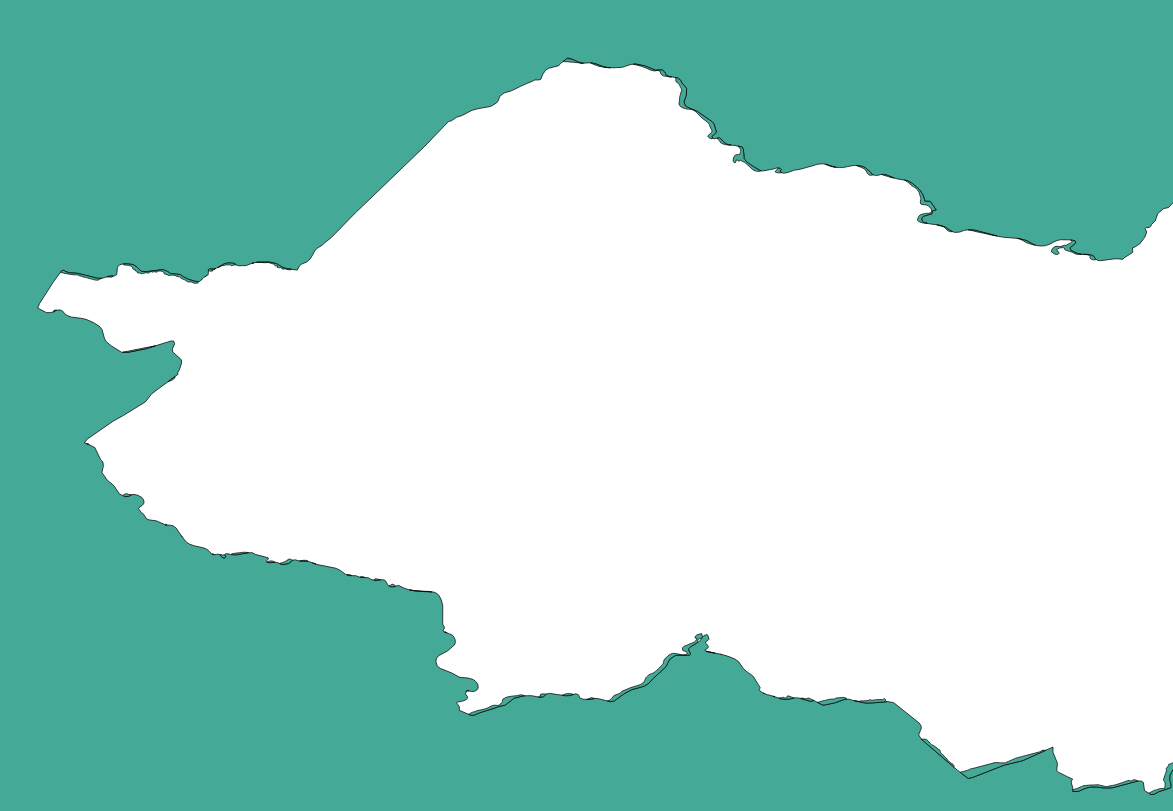 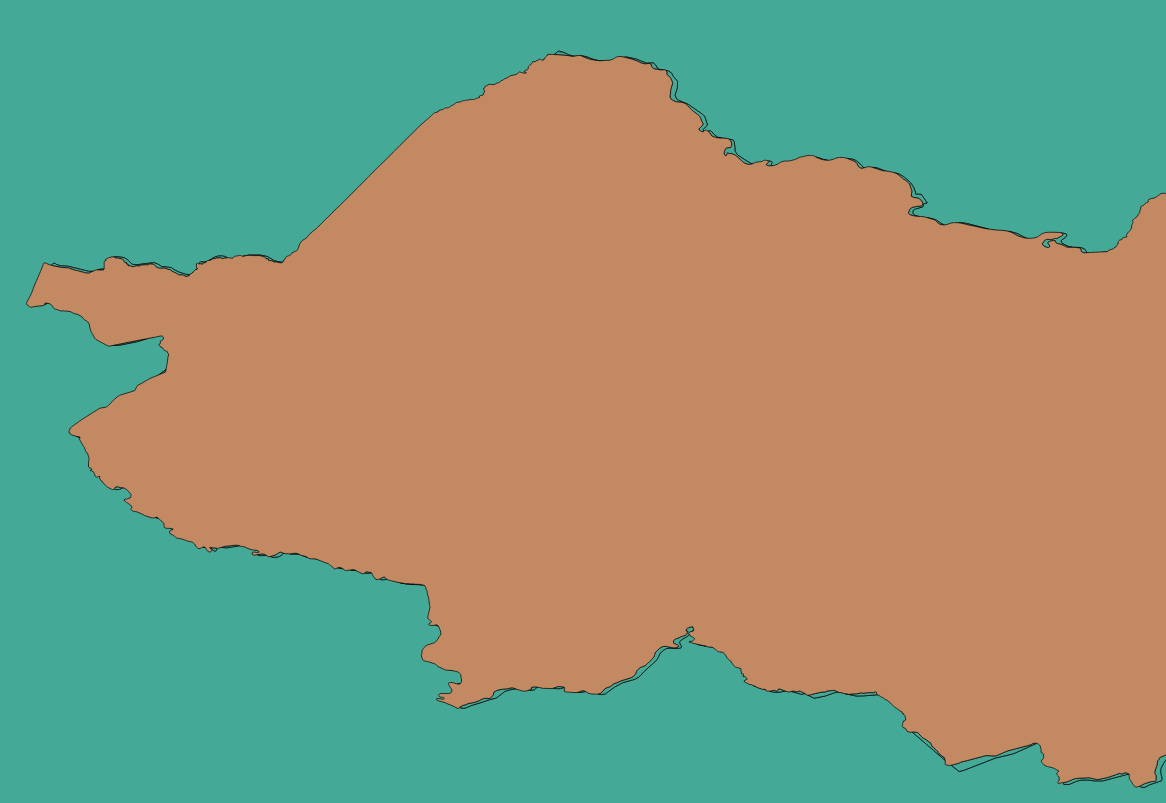 so I don't have white parts but I have like double lines in the boundary. Can I erase them with some function and use the outter boundary?

Both your layers are not alligned correctly. Instead of manipulating the vertices of both layers to match up, I would suggest starting afresh and download the shapefile for Ireland from ArcGIS which contains two polygons for both Ireland and Northern Ireland:

You could then split this layer into two using the Split vector layer tool:

Note that Northern Ireland is not broken up into counties as shown in your image, so we could use the Intersect tool:

Choose the Northern Ireland polygon you received from the Split vector layer tool as the Input layer and your Northern Ireland counties layer as Intersect layer. Your new layer should now have the same counties as your original layer but still alligned perfectly:

Depnepds on wich boundary you want keep original. If you want keep the NI boundaries then you can manually extend the Ireland polygon over the NI shapefile, then perform difference and merge the result with NI shapefile:

Note: If you don't need use exact theese layers, consider using another datasource for boundaries. There are many sources of free data based on openstreetmap etc.

Not the answer you're looking for? Browse other questions tagged qgis shapefile overlapping-features remove or ask your own question.

13
Percentage of polygon in one shapefile within polygon of another
1
No prj file output from qgis:reproject
1
How to transpose reclassified field values from one polygon shapefile to identical polygons of another shapefile?
3
How can I eliminate leftover border/boundary in QGIS?
4
Counting polygons in one layer that are overlapping/touching/contained in each polygon in separate layer of contiguous polygons using QGIS?
2
Creating difference polygons without overlapping topological errors
5
Remove a part of line features shapefile using a polygon shapefile in QGIS
3
Intersecting large shapefiles onto grid in QGIS