I'm a complete novice to the world of GIS. I'm involved with a project which requires LIDAR data to be imported into CAD software.

When I go to the geostore, which contains LIDAR survey data published by the UK government, I find that the DSM and DTM downloads give a list of files with a .asc file type. 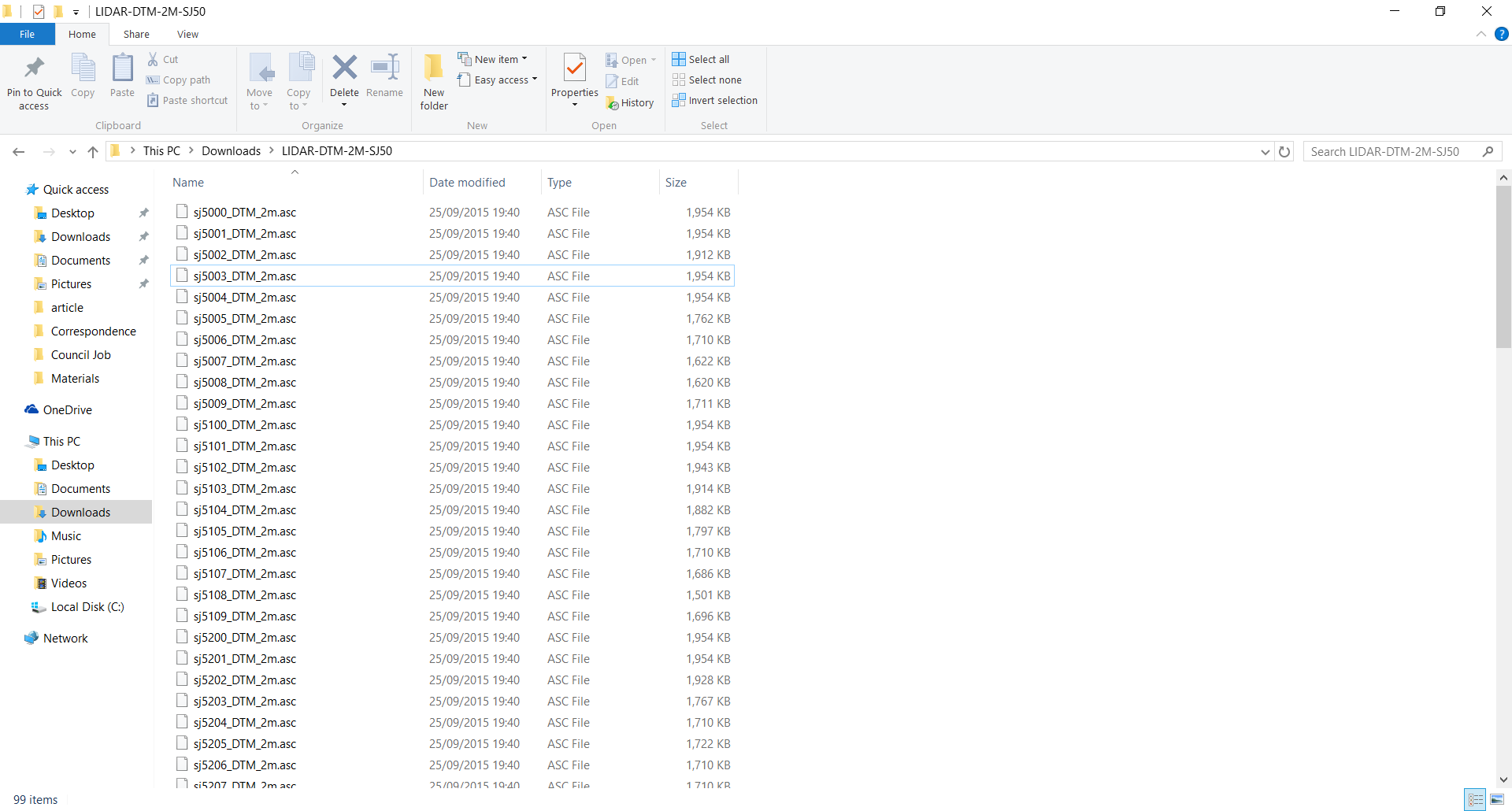 I found that these could be opened easily enough with notepad. When opened, there are a huge number of rows and columns. 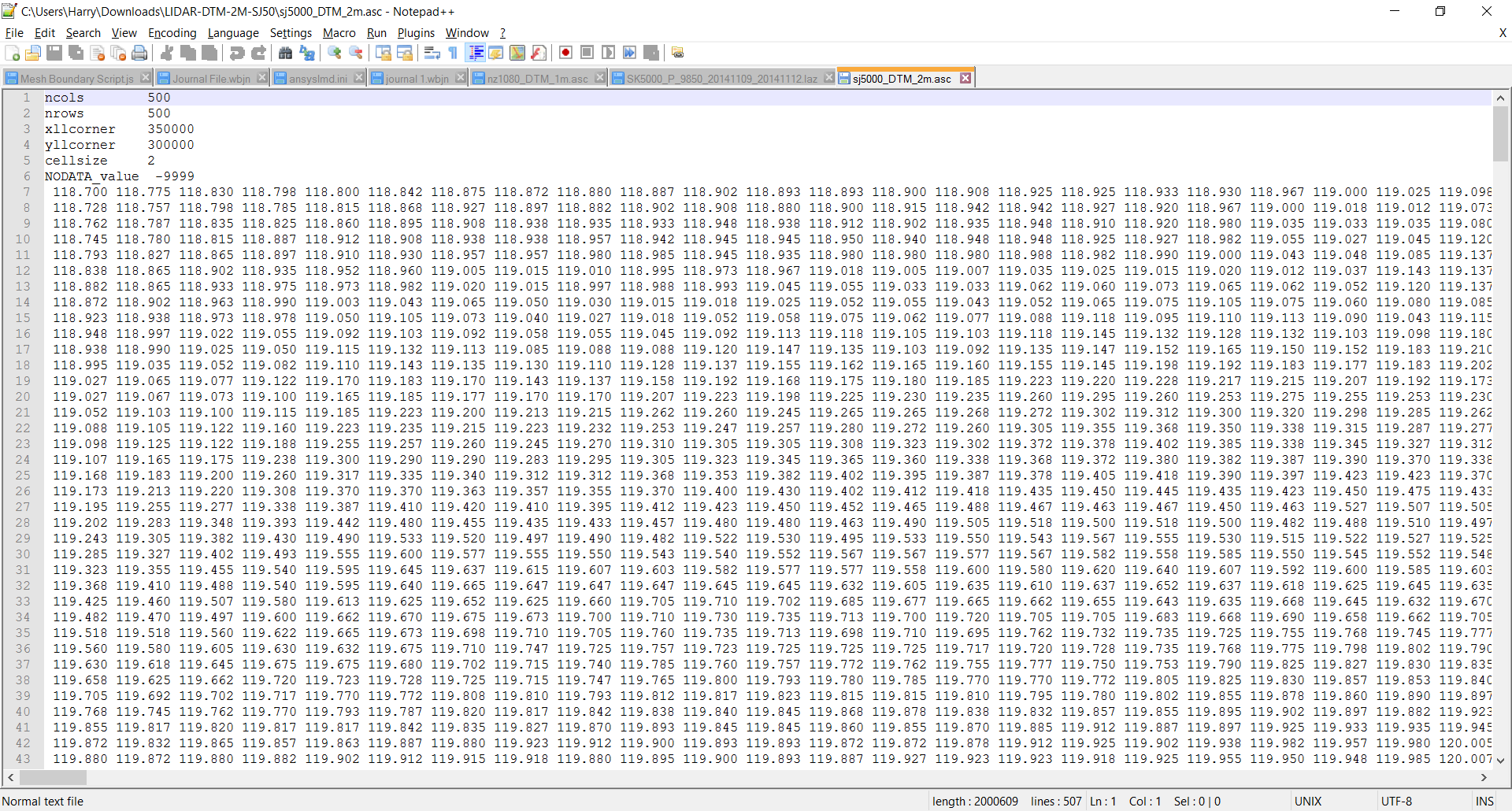 I need to know what a single point is (i.e. what is x, y and z). If I can understand what is going on, I can find a way to change the data so it is a list of coordinates and that way, I can import it into CAD data.

Another thing I would like to know is how to actually use the data to pick a location. The area I have shown in my example was downloaded from a large area (around 100 square kilometers, if I've understood map scales correctly). I'd like to be able to know what areas, specifically, that the numbers are defining.

I have found an online link that has described the format to some extent, but I still need things dumbed down a bit more.

It is important to disambiguate some concepts first. LiDAR data is point cloud data. It can be of types binary or non-binary, but it is not LiDAR data you are working with.

Instead, you have a raster, which is roughly a regular grid having one variable/information represented inside each cell (pixel) of the grid. DSMs and DTMs can be derived from LiDAR data, and they represent surfaces, where the information inside each pixel is elevation data (the z values), and the grid is georeferenced, in which every cell of this grid has a x and y coordinate. Here is a GIS post to understand the differences between DSM and DTM.

The type of raster file you have is .asc, which is also known as ESRI ASCII raster format. Here is another GIS reference about .asc files. Now, let's go to your questions:

Another thing I would like to know, is how to actually use the data to pick a location... I'd like to be able to know what areas, specifically, that the numbers are defining.

You can directly import .asc files in almost all GIS software such as ArcGIS, QGIS, R, etc. To know its location open the file together with other vector data as background reference (such as a map from UK, for example). Note, you need to know in which coordinate reference system (CRS) your raster is, in order to get the exact location. If you don't know what it is, this post might help.

Andre SilvaAndre Silva
9,5931212 gold badges4747 silver badges9797 bronze badges
Add a comment  |
0
Want to improve this post? Provide detailed answers to this question, including citations and an explanation of why your answer is correct. Answers without enough detail may be edited or deleted.

At Autodesks Autolisp forum I have added two autolisp functions to import points from ESRI ASCII raster format (.asc file) and to filter out unnecessary points.

Since I received negative points let me explain a bit how and when you can use this option.

Ok this is definitively not the best solution since one can in a first place use various converters to convert .asc in point cloud and use it inside Acad.

For users that don't use Acad verticals or who need pointset inserted into plain vanilla ACAD as point objects to create contours or what ever they need, there are two functions ASC_INN and FILTER_OUT. First is used to read in .asc file and create point objects. To remove unnecessary points user can create a closed polyline and use function FILTER_OUT to remove all points outside bounding polyline. Since in .asc file we have a point set of 250 000 (500 × 500) points using point objects hugely slows Acad. .
I have created this code for my personal use and I'm sharing it to anyone who may need it. I use point sets to create natural terrain for simulation of open pit opening and development regarding terrain configuration and don't use ACAD verticals.

This directly answers OP original posts and what he wanted to achieve as a CAD user, but not from a perspective of a GIS user.

In case when extracting a corridor as in picture below is needed it takes only a few minutes of work. 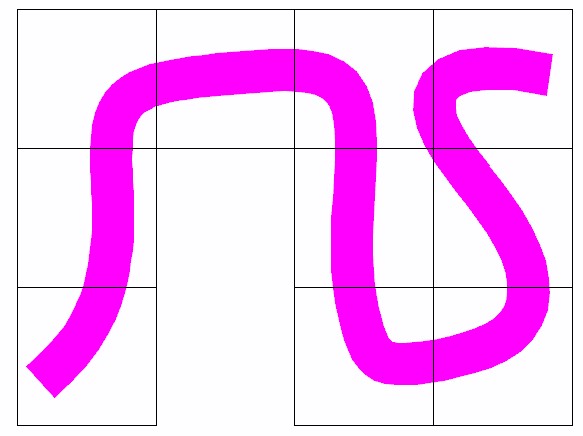 Not the answer you're looking for? Browse other questions tagged raster dem coordinates lidar esri-ascii-raster or ask your own question.