I have a shapefile with city areas, but unfortunately the shapefile only contains single lines. The shapefile looks like this: 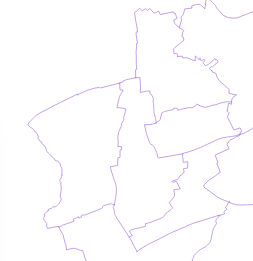 I want to convert those lines to an area-polygon shapefile in QGIS. I tried it with the "Lines to polygons" tool (Vector > Geometry Tools > Lines to polygons), but it didn't work correctly. After using this tool, the shapefile looks like this: 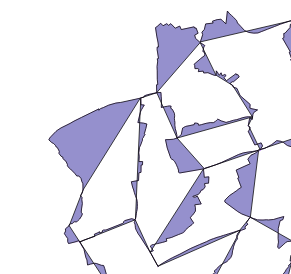 Is there any other way to convert the line shapefile to an area polygon shapefile in QGIS?

The "Polygonize" tool from the Processing toolbox still works fine for me on simple lines: 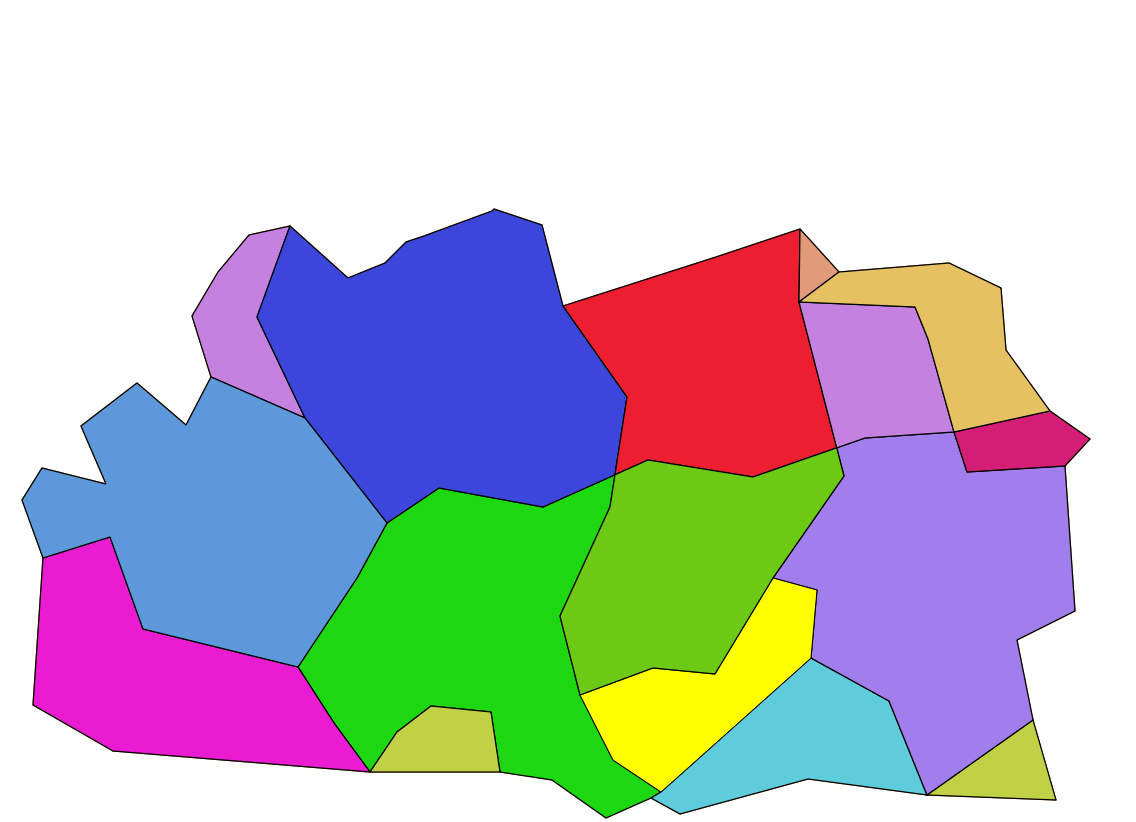 It is however necessary that the lines intersect, or share common vertices. And lines should have no self-intersection.

You might need to snap the corner vertices to get it working. I usually set the snapping tolerance to 10 pixels to the vertex.

If the polylines overlap each other, Polygonize tool cannot handle it as follows:

However Lines to polygons tool works as expected as follows:

Looking at your image I would assume that each line does not fully encompass an area, the lines are just acting as fences and not reconnecting back at the beginning. Your polygons are being created from the ends of the lines so the 'lines to polygons' tool is working fine, its the data thats the issue.

I'm afraid the only you can do that I can think of is to digitise a new layer of polygons. Thankfully QGIS has made that really easy with the trace digitising tool (a magnet icon) which is available in 2.14

I had the same unwanted output and after doing some research it seems the cause can vary.

My case was I had some polyline layers with very, very small gaps (in which some fragments were formed by two or less nodes) (Figure 1 and Figure 2).

So, after directly running Lines to polygons tool, the algorithm would run, but no polygon would be created. A warning would appear:

One or more line ignored due to geometry not having a minimum of three vertices.

I discovered them by running Topology Checker ('Must not have dangles' rule) which would result in multiple 'dangling end' errors (Figure 3).

I fixed it with the following steps:

Figure 1. Polyline in map canvas after loading the layer. 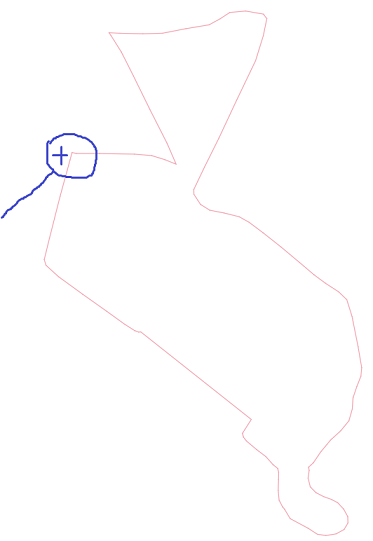 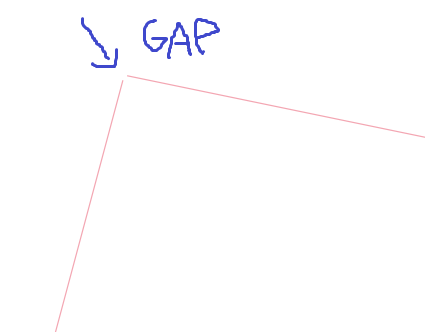 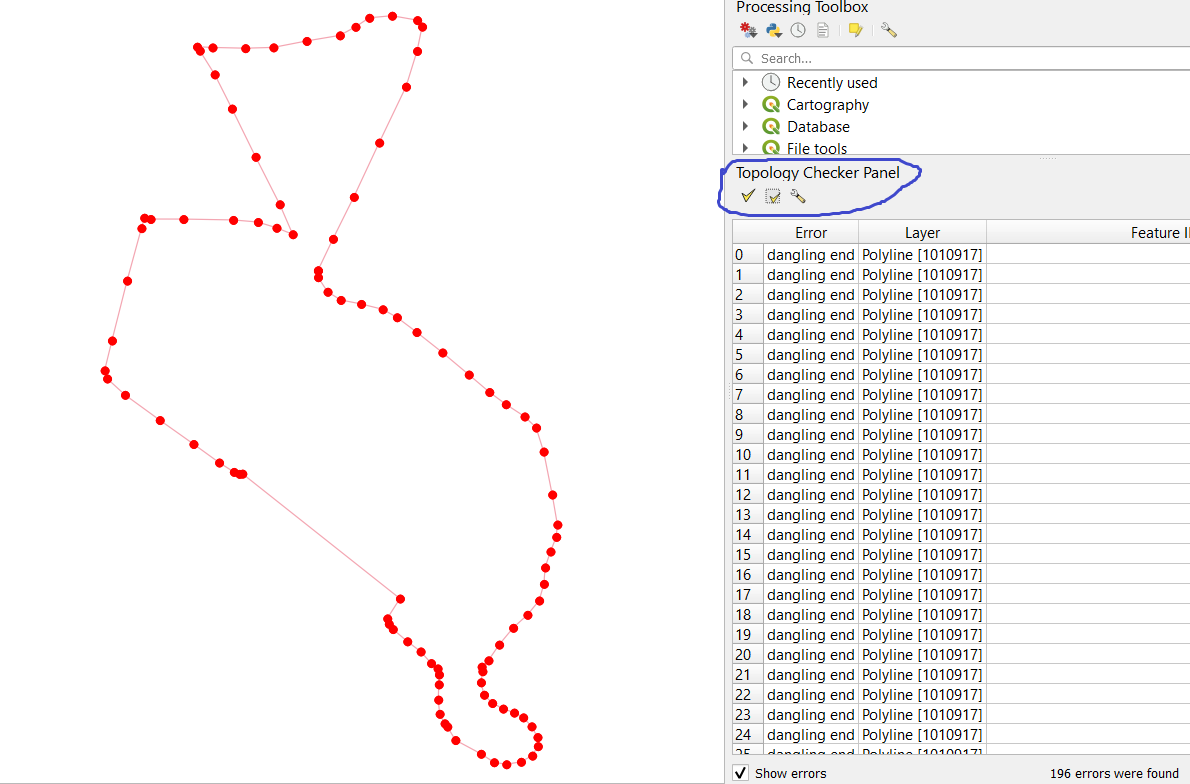 If there are no holes, I would create a scratch layer with a single polygon big enough to cover your whole area. Then I would intersect it with your lines-to-polygons result and split it further as necessary.

Not the answer you're looking for? Browse other questions tagged qgis polygon line convert polygonize or ask your own question.

1
Transforming lines to polygons not working in QGIS?
9
Converting Lines to Polygons in QGIS produces Sliver Polygons
3
How to remove weird lines in QGIS?
3
QGIS Measure area below contour to develop elevation-area table
2
How do I assign a unique ID area to an area of a shapefile so I can rasterize it?
0
Converting single line into polygon plane in QGIS?
0
QGIS converting multiline layer into polygon doesn't work properly

5
Convert shapefile lines to a polygon in GRASS
8
Converting multiple lines into single line using ArcGIS Desktop?
5
Calculating area between two line shapes using QGIS?
4
Convert a group of lines into a single polygone to style it
3
Polygon to polyline conversion
3
Converting/expanding line into 2D polygon using QGIS
1
Is it possible to efficiently get all the polygons inside a polygon from a shapefile without using PostGIS?
0
QGIS converting multiline layer into polygon doesn't work properly