I am using ArcMap 10.3.1 and there are 4 feature classes in question involved in this mapping project (above and beyond the basemap itself).

The second feature class consists of polygons representing the designated wilderness areas across the southern half of the U.S., so the spatial extent is greater than any of the rest of the layers with the exception of the basemap. This layer has a GCS, GCS_North_American_1983, but no projection, so I used the Define Projection tool to assign a projection. Before I did that however, I exported the features that overlap with the national forest in question and created a new layer out of those features. (Before this point, using the Define Projection tool yielded wacky results with features that were nowhere near accurate, so I had to dump the layer at least 2x to compensate for my mistakes.) The GCS of the new layer is currently GCS_NAD_1983_2011 and the projection is NAD_1983_2011_StatePlane_California_V_FIPS_0405_Ft_US.

The next layer contains parcel data: Projected Coordinate System: NAD_1927_StatePlane_California_V_FIPS_0405 Geographic Coordinate System: GCS_North_American_1927 I used the Project tool to change both the GCS and the projection to match the data frame, so the GCS of the reprojected layer is currently GCS_NAD_1983_2011 and the projection is NAD_1983_2011_StatePlane_California_V_FIPS_0405_Ft_US.

Last but not least, the last layer contains boundary data for the national forest I am focusing upon. Projected Coordinate System: NAD_1927_California_V Geographic Coordinate System: GCS_North_American_1927 Again, I used the Project tool to change both the GCS and the projection. Again, the new layer's GCS is currently GCS_NAD_1983_2011 and the projection is NAD_1983_2011_StatePlane_California_V_FIPS_0405_Ft_US.

The end result is that the boundaries of the wilderness area do not coincide with the parcel data. The gap between the two layers is such that the parcel data is shifted approximately 200 feet to the north and 200 feet to the west. I've dumped the data from these last two layers more times than I bothered to track, each time trying something slightly different in the settings of the tools in the hope of yielding a better result. 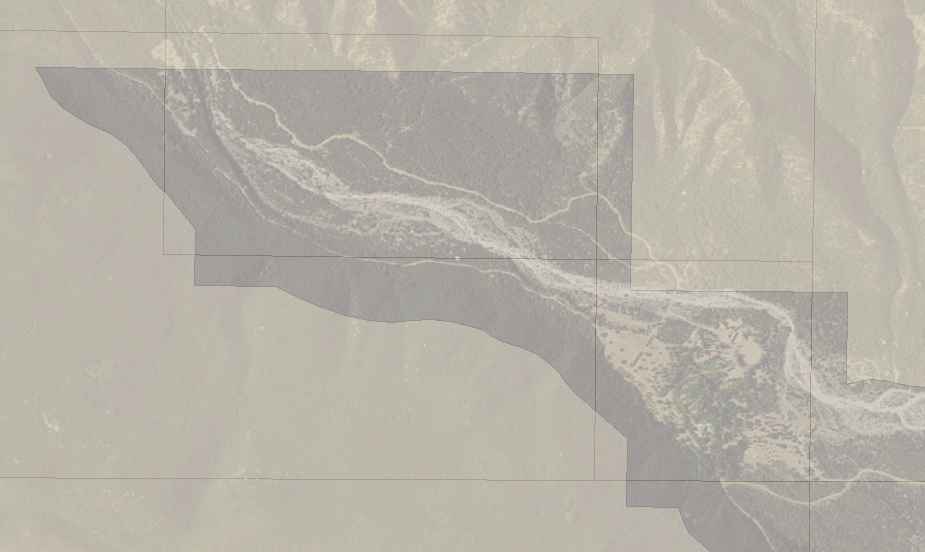 I did apply transformations and just to make sure that they would be applied, I double checked the transformations in the data frame, deleted the 4 layers using ArcCatalog, and then re-imported the parcel boundaries, wilderness boundaries, and the national forest boundary one by one. Since the 4th layer, the water features, were already a part of a separate geodatabase, I dragged and dropped the layer and then then exported the data into the geodatabase I created for the project. I mostly did this just so that I could visually verify whether there was a positional shift after the projection. (There wasn't.)

Again, the boundaries of the wilderness areas still do not coincide with the parcel data.

Define Projection is not what you want. You want to Project the datasets.

The distinction can be gleaned from the linked pages, but generally:

Project changes each feature's coordinates from one system to another, and it sets/changes the coordinate system information associated with the dataset.

When the projection is not defined but it has a geographic coordinate system (as in your Hydro and Wilderness datasets), you still want to use the Project tool--not Define Projection.

Alternatively, you could try to delete the .prj file that is added onto a shapefile's list of components (alongside the .shp extension, etc.), and then redefine the projection using Define Projection. This won't affect the shapefile itself nor it's data/attributes, just the projection information. I suggest this because, after trying to reproject your layer several times with different tools, the layer's coordinate system info may be now messed up and the units or transformation could have been set incorrectly. So it's worth a shot to delete this .prj file and sort of start over with defining the projection.

Not the answer you're looking for? Browse other questions tagged arcgis-desktop arcgis-10.3 coordinate-system or ask your own question.

65
Layers with same coordinate system should align/overlap in ArcMap but do not?

1
Aligning data in GCS_North_American_1983 and GCS_North_American_1927 using ArcGIS for Desktop?
0
Projection error, geotransform not valid
4
What data projection should I use for area analyses in different countries at a global scale
0
Using Near (proximity) tool in ArcGIS for Desktop?
2
Converting between two NAD83 Datums
0
XY coordinate data not lining up with other layers