I have an Openlayers map displaying Acetate tiles in OSM, and I'm drawing polygon regions on a vector layer to represent the countries of the world. This works fine for the most part, however, there seems to be a problem with where the vector layer ends and it not repeating the regions. For example, here is the zoomed out view: 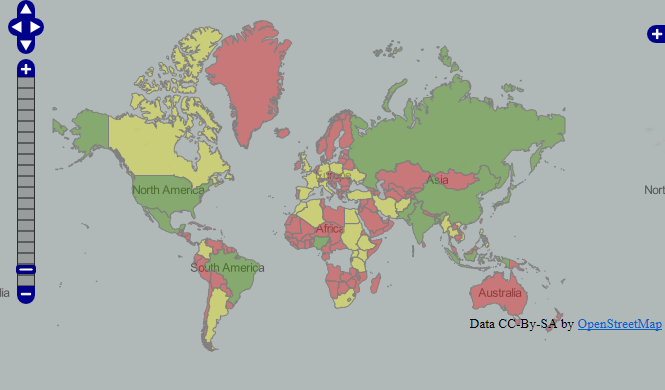 As you can see, the polygon ends/begins on the east side of Russia near Alaska. This looks okay in this view, but if you start navigating around, it starts to get confusing. As you can see in these two screenshots, parts of Europe or North America aren't showing even though I've drawn polygons over those regions. As you scroll to the left and right these regions will hide and show: 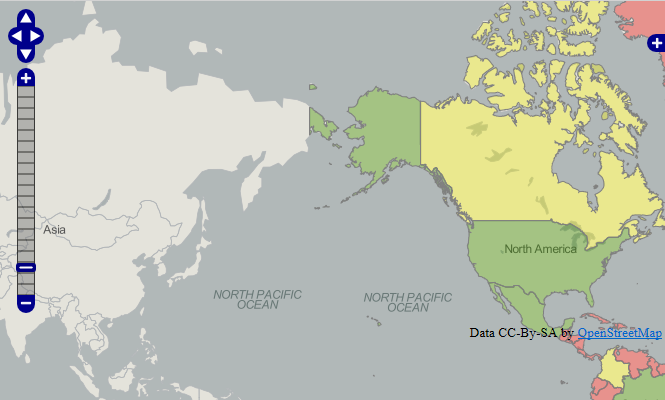 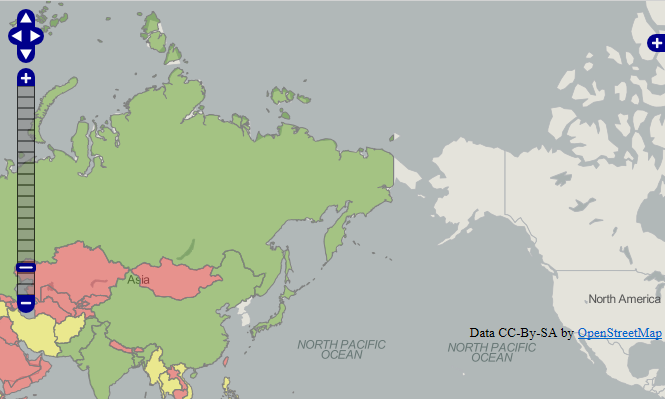 This is preventing me from being able to use OSM layers in general.

Munzilla, I feel compelled to question why you would create polygons for the world's countries. It's got to be a big performance hit.

If your reason is simply to style the OSM map there are better ways.

But please tell us what you're trying to achieve to better help you. I'm interested in your end result goal if you can share that with us.

Based on your comment below have you considered using google map charts or Geochart?

Geochart is pretty cool for this type of stuff. You can build a map very quickly here: http://code.google.com/apis/ajax/playground/?type=visualization#geo_chart

If you zoom out even further you'll see the world repeated side-by-side several times over. I suppose OpenLayers doesn't repeat the polygon vectors across all of these copies. Just the copy of the world in the centre of the view. Is that your problem?

There's some 'wrapDateLine' options (example) I don't think this would let you tell it to repeat vectors across the dateline, but...

You could tell OpenLayers not to repeat the raster basemap, so that both your coloured polygons and the basemap get chopped off at the dateline. Sort of eliminates the problem by cheating, but then if you're just going for something similar to google charts then you might also disable panning and zooming (?)

Not the answer you're looking for? Browse other questions tagged openlayers-2 openstreetmap polygon or ask your own question.