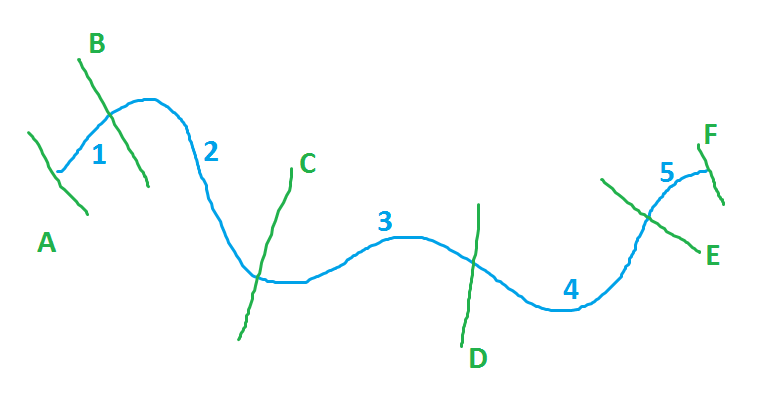 I had previously attempted to use the spatial join tool as suggested by @mmoore, however this tool creates a duplicate of each river channel polyline in the output. Each feature then contains either the upstream or downstream section name. Is there a way to either produce the required output using the join tool, or maybe by dissolving the output somehow?

You can do this in ArcMap using the Spatial Join tool. Use your centerlines shapefile as your Target Features, your transects shapefile as your Join Features, make sure that the Join Operation is one to many and your match option is intersect. This will join the attributes from any transect that is intersecting your centerline. Here is what a rough output will look like: 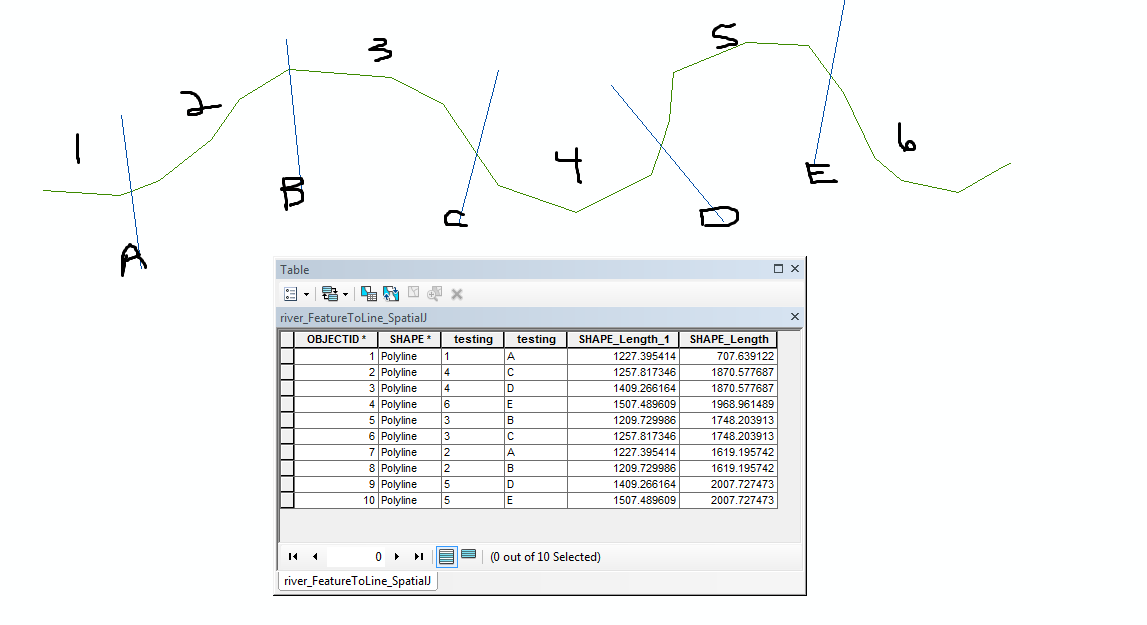 If you then want to collapse the one to many relationship in your table, I would recommend using the Pivot Table tool (http://resources.arcgis.com/en/help/main/10.1/index.html#//0017000000n8000000). If you have a large number of transect properties, you may have to create several pivot tables and join them to your original centerlines shapefile via your unique ID.

There's probably a much more efficient solution, but I ended up solving the problem using the methodology below:

Not the answer you're looking for? Browse other questions tagged arcgis-desktop arcgis-10.2 shapefile fields-attributes attribute-joins or ask your own question.