I want to field calculate a field to be have a have the date and time (down to the second) and two letters after (to be assigned by user).

I also need this to be unique though, in some cases this field calculate will be performed on over 5000 records. By doing a complete field calculate in real-time, this means all 5000 records would show the same time. So I need a code that will field calculate a "fake", but realistic time (i.e. can't have hour 25). I don't care that this time is incorrect, but I do want the date to be correct.

I imagine this is something that can be scripted in Python?

I have a VBA (.cal) script I can load into the field calculator which will calculate the date and time, but as I said, I need it to return unique times.

The above answer works, but seems a bit overcomplicated. Why not just this:

This printed out '091616142257MM' for me. It is also worth noting, if you have an actual Date Field, it should return a datetime.datetime() and you could skip the conversion from the string timestamp by just using datetime.datetime.strftime(date, "%m%d%Y%H%M%S{}".format(suffix)). 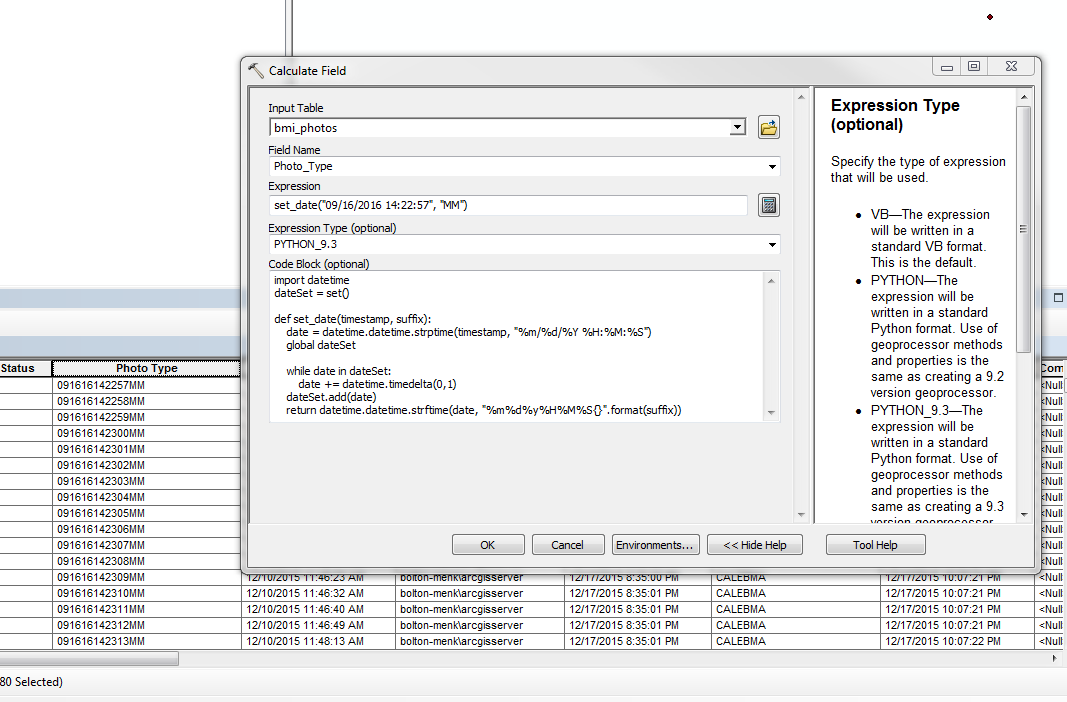 I see part of the OP is asking for a unique time. I borrowed from @Midavalo's answer to add the time delta to make it unique.

In the Code Block:

And in the Expression: 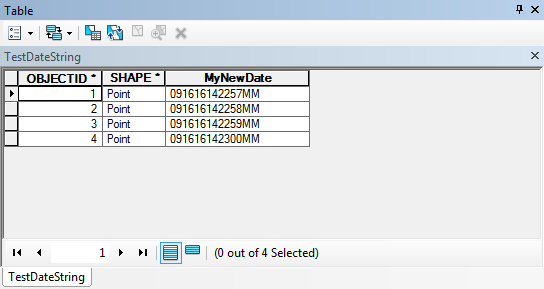 This just adds a second to the time if it has already been used.

Not the answer you're looking for? Browse other questions tagged arcgis-desktop arcgis-10.3 field-calculator python-parser or ask your own question.