I hope I have what seems to be a rudimentary question. I have downloaded DEM files from PASDA (For example 54002530 from Here).

I am using other data (notably the Google Satelite map from the Openlayers plugin) in QGIS that is in EPSG:3857 (WGS 84/ Psuedo Mercator) and the project CRS is set to this as well.

I tried to Reproject (Raster->Projections->Warp (Reproject); and only transformed from EPSG:32129 to EPSG:3857), but the DEM files did not move.

I also tried the Raster Calculator, but that only converted the elevation. I was thinking that the problem was that the data was in feet, not meters.

Notably, the WMS version of the same data (see second link above) appears in the correct location.

I would like to download the DEM locally so that I can do slope and ruggedness analyses.

If you look at the proj4 string for 32129, its units are meters. But the description you linked to has it in feet.

I'm not too familiar with state planes, but I searched for pennsylvania "state plane" crs and found this CRS epsg:2272, which has units in feet...

Setting the DEM layer CRS to 2272 fixes the issue, and the results look legit... somewhere west of Bowmanstown, PA. 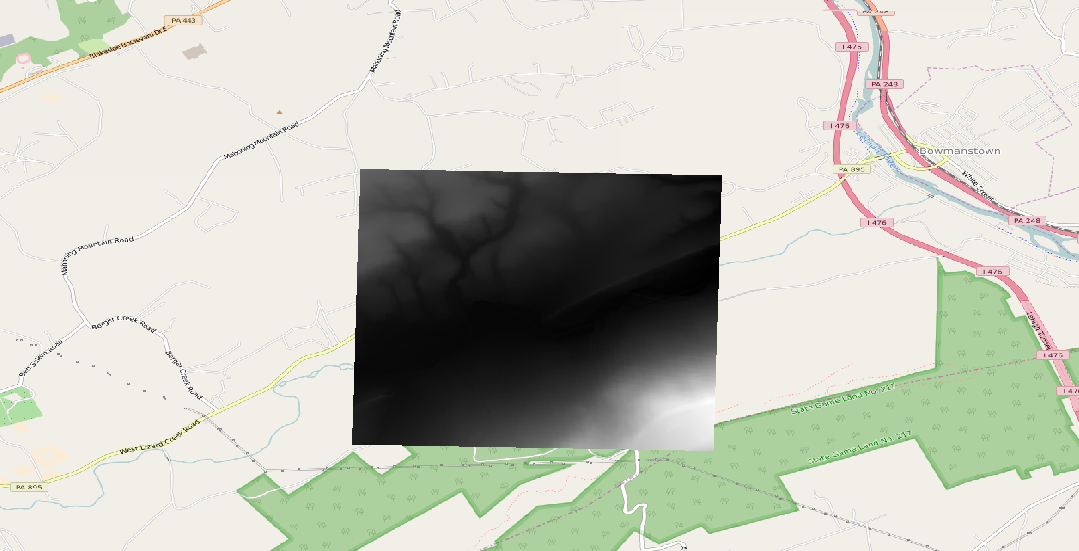 I used QuickMapServices rather than OpenLayers plugin, but I can't see any reason why it won't work in the latter.