I'm new to Python programming in ArcGIS, and I'm currently trying to write a script which I think is beyond me right now.

Script should take each point from first layer and:

It's hard for me to come up with the right solution. I thought of doing for loop which will iterate through points in first layer and for every point it should check the distance to points/lines in second layer and then snap to it. But the problem may be a huge amount of points in both layers, and maybe there is a faster and easier way of doing it. 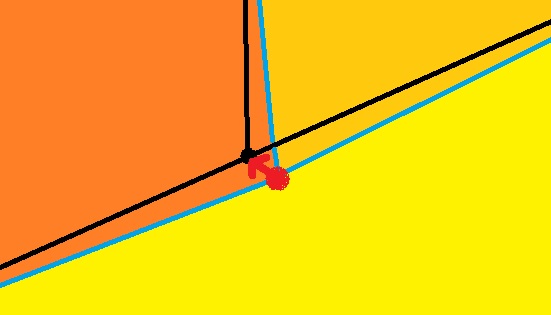 Situation where point should snap to nearest point 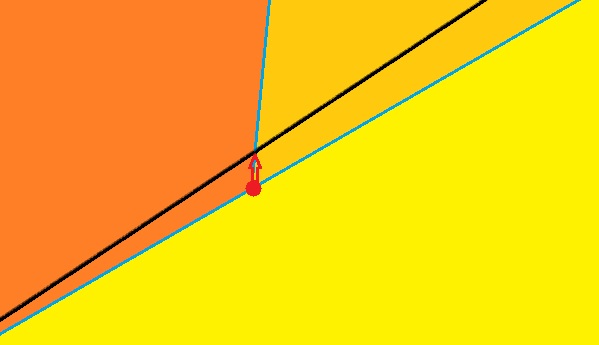 I know that I could do it with tools from ArcToolbox but the problem is that it has to be done with a script which can work with hundreds of points in both layers.

So far in my code there is nearly nothing. Just some thoughts of doing it using cursor and for loop.

I think you can do all this with the Snap tool in ArcToolbox > Editing Tools. 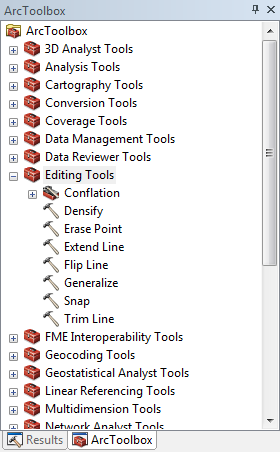 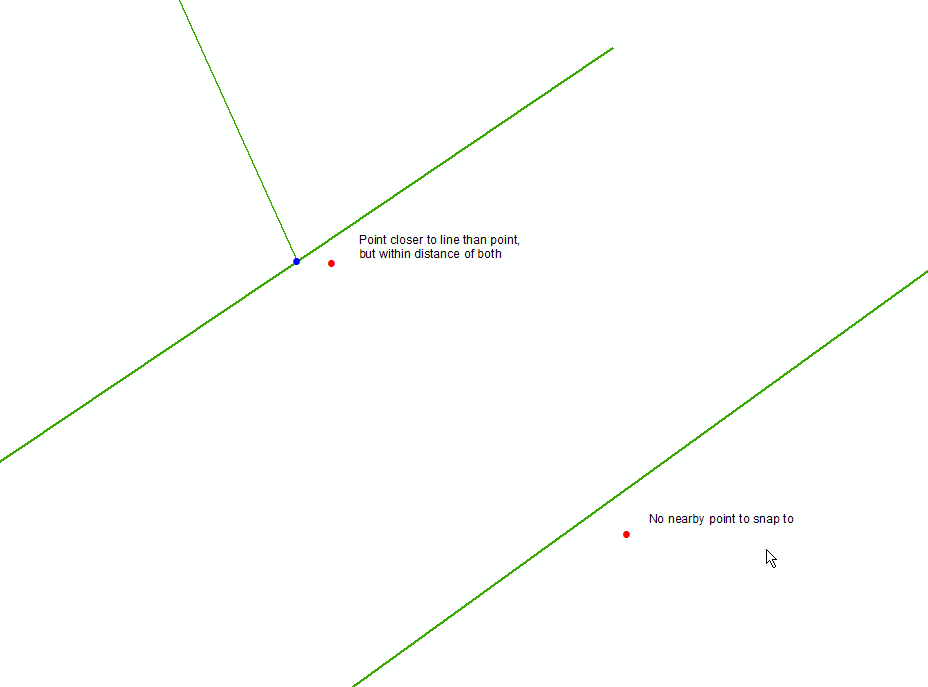 Using the snap tool I can specify which layer I want to snap, and all the layers I want to snap to. These are looked at in order so that it will attempt to snap to the points first (since they're listed first) and if it can't find any to snap to it will try the next option.

The result of this snap: 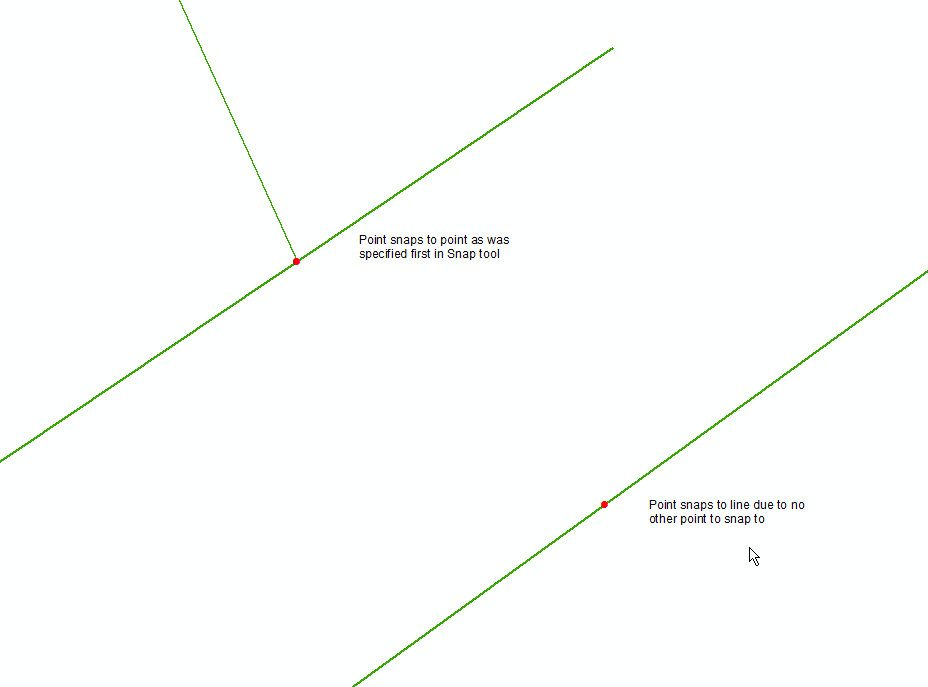 Using the Snap tool will meet all your requirements:

Not the answer you're looking for? Browse other questions tagged arcgis-desktop arcpy snapping or ask your own question.

2
How to set a minimum point snap distance?
4
How to get the two nearest points between two polygons
3
Is there FME transformer to snap point on point of nearest line?
3
Snapping end lines ArcGIS 10.4
1
Snapping point to point based on attribute?
1
I need to calculate shortest distance from an inputted point to the nearest lines. Nearest 4 lines
2
Snapping lines' start_point/end_points to the closest point features to them