I'm working with three main layers in ArcGIS- geocoded dental office points, bus stops, and a road network. I would like create something similar to a three ring buffer that accounts for three distances from each bus stop, except using the road network instead of euclidean distance, similar to the attached graphic, which will allow me to see which geocoded offices fall within each of the three buffers. I have attempted the New Service areas tool within Network Analyst, but it doesn't seem to be doing the trick. Perhaps I'm using the tool incorrectly, or I'm using the wrong tool altogether. 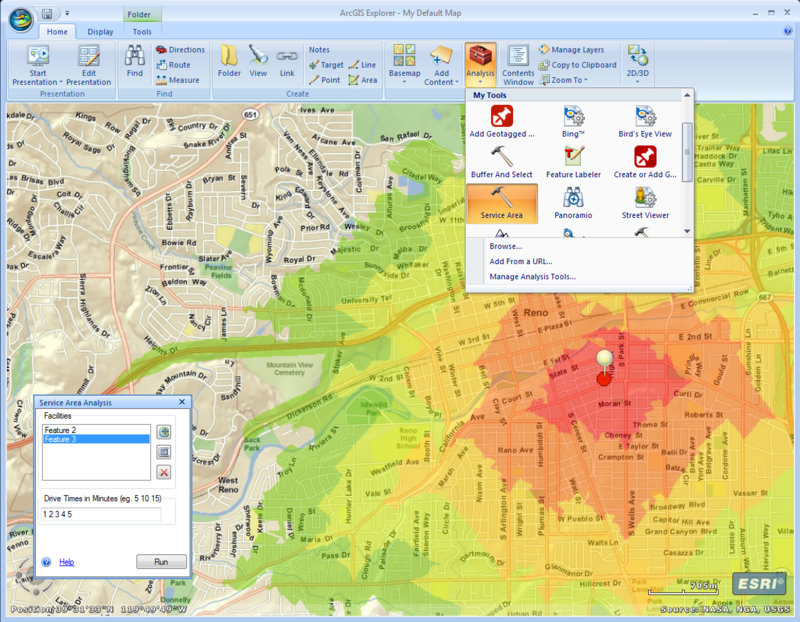 After trial and error, I figured it out using the "Create service areas" option in Network Analyst. Of course, the data needed to be set up first:

Not the answer you're looking for? Browse other questions tagged arcgis-desktop raster distance proximity or ask your own question.

1
Creating shortest route using line segment layer as network locations?
1
Calculating travel time from residential points to stores via public transit using ArcGIS for Desktop?
2
Converting polylines to raster, assigning value of total length of lines within cell?
2
Finding distance between multiple points along a line
2
How to select “incidents” in network analysis based on their routes?
0
Overlay two rasters and extract values from one of the rasters
0
Is it possible to calculate Euclidean distance but by using a road network?