My code runs on the click of "Buffer" Button 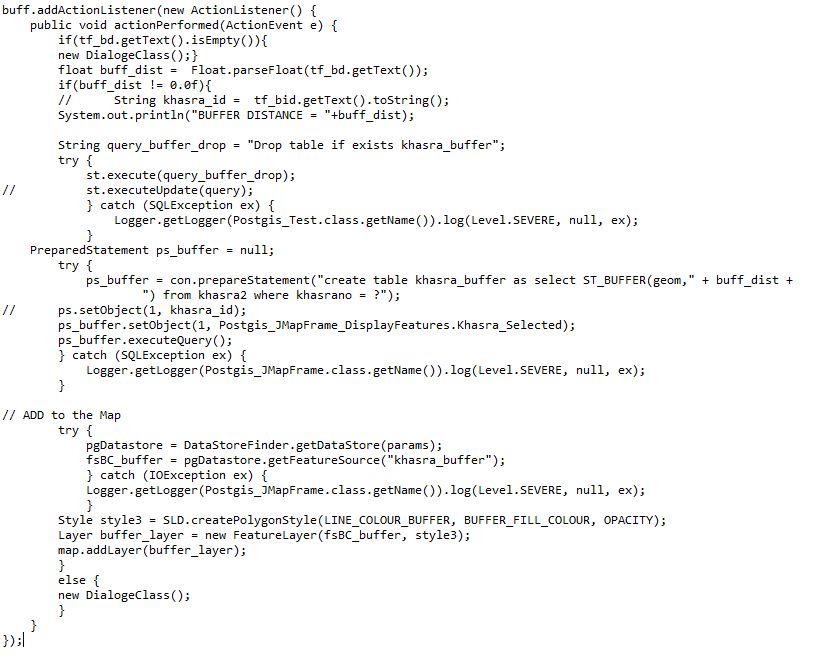 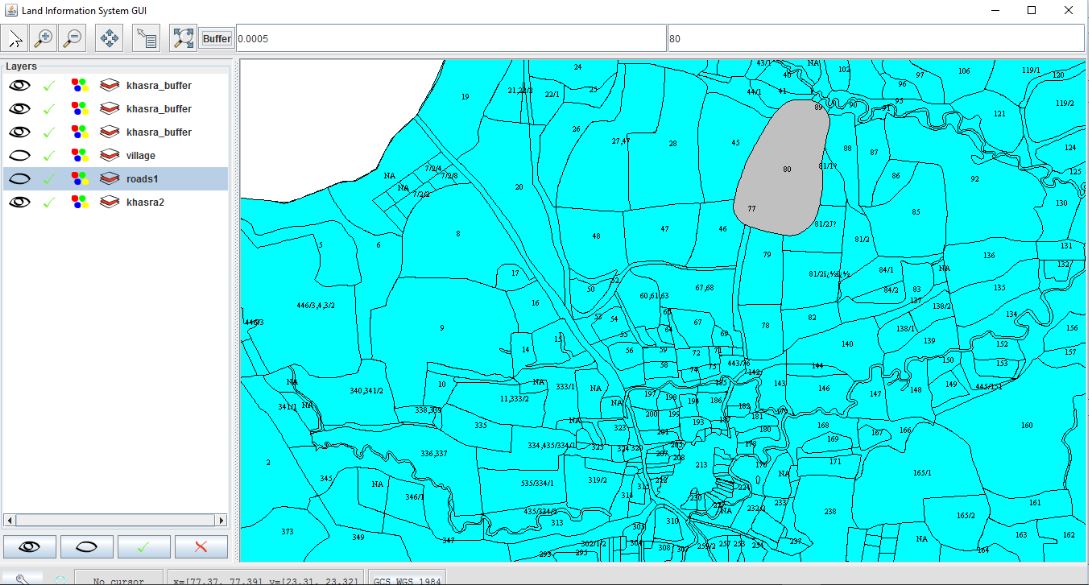 In this JMapFrame all the khasra_buffer layers are the same i.e. the current buffer which is created at Id 80, Thus replacing previously created two buffers.

I want that old khasra_buffer layer should be removed and the only buffer layer that should be shown is of the current buffer on JMapframe.

I would create a single buffer layer in the main program and just change what it displays in your actionListener rather than creating a new layer each time.

Not the answer you're looking for? Browse other questions tagged postgresql java geotools or ask your own question.