Please could someone explain why about 25% of the buildings are not showing on this map of Central London (eg between Hyde Park and the Thames). I have just downloaded the data, as a shapefile, and styled the buildings purple.

I am fairly new to QGIS (and to Stacexchange). The map was produced by:

I would like to know how to show all the buildings.

[Note: I have tried several ways of making a map with OSM data (Geofabrik, OSM download etc) and am finding that each method has problems I can't resolve. My previous GIS experience was with ArcView, quite a long time ago, and I do not remember problems of this type]. 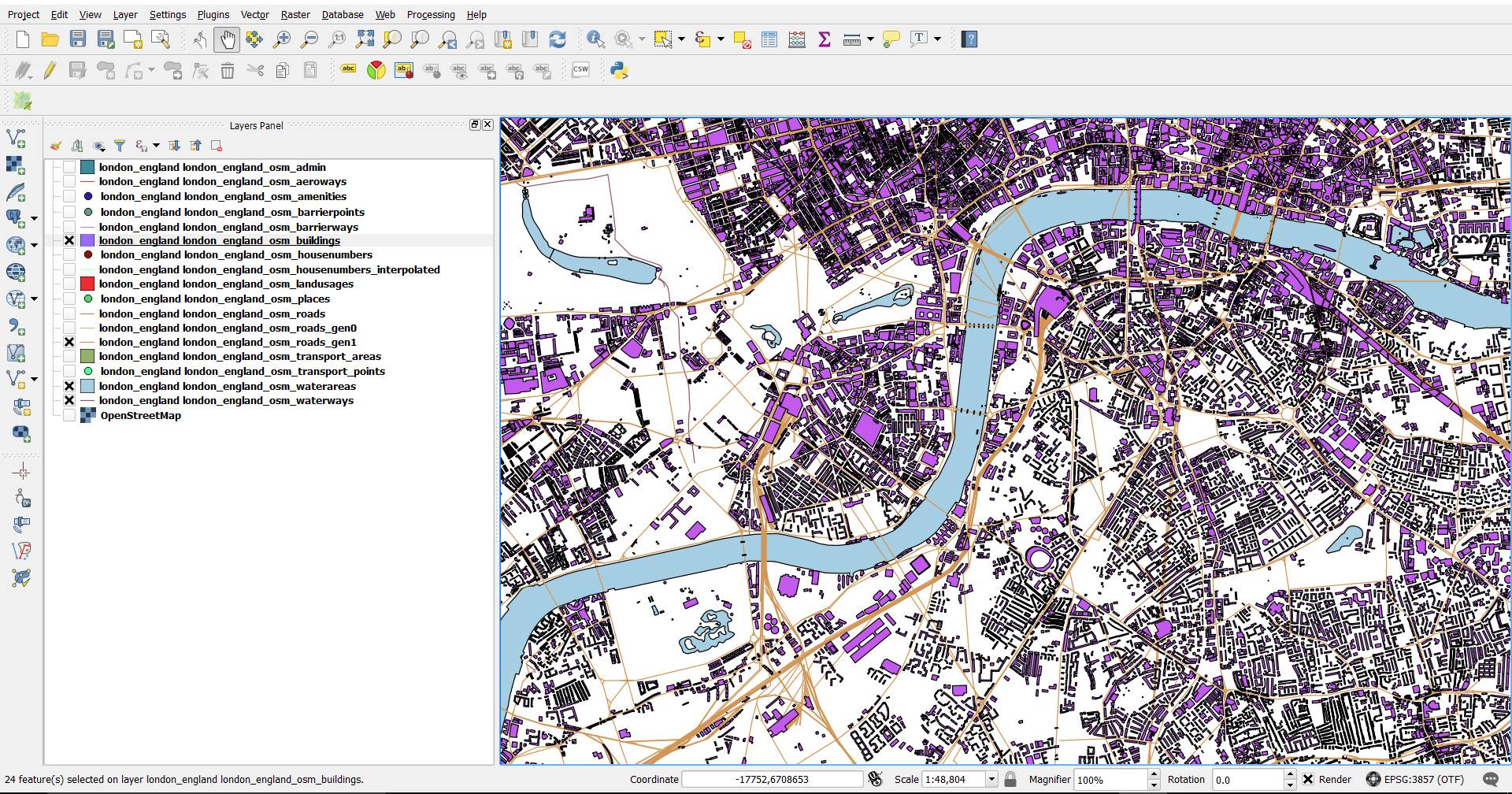 I don't think you're doing anything wrong.. I tried this and got similar results. Hopefully this screenshot will illustrate... I've used QuickMapServices plugin to show an OSM base layer, with the building polygons on top...

Victor is right, the data isn't there, although the cartography sets that expectation.

Bear in mind that a 'grey box' which appears to show buildings in OSM does not necessarily mean that there are buildings polygons there. Look at the area around Sloane Square, on the left half. The grey areas are more likely to be something like a way of type landuse=residential, or an administrative boundary.

Polygons like this are used in rural villages for example, so that you can see the shape of a settlement. Later on, mappers add buildings, which are drawn on top of these grey areas. Here's an example of this.. no building polygons but the clear outlne of a settlement.

Not the answer you're looking for? Browse other questions tagged qgis openstreetmap or ask your own question.

1
What can I do in Mapbox Studio with the osm_id number for #buildings from Mapbox Streets?
2
How to create an editable 3D city map based on OSM?
2
Google Maps OpenLayers plugin not aligned with the OpenStreetMap building layer in QGIS
3
How do I get the building housenumber from OSM data?
0
Getting missing buildings from OpenStreetMap (OSM) file into QGIS?
2
Addresses not fully imported from OSM
1
QGIS does not load OSM data completely
1
OSM updates with Osmosis -> Osm2Pgsql resulting in missing features?
0
Seeking data for São Tomé and Príncipe?