Detect the point that lies inside line containing area

I have Two layers one is point another is line as indicated in picture. 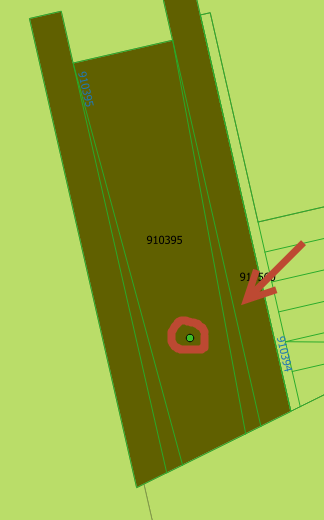 I want to know they way that i can detect that point is contains/intersect/near to the line so that I can add it's attribute data into line attribute data. As you can see that neither line contains the point nor line intersect the point. So how to get that point? Like point under the bounding box of line etc

Code to find the nearest line to each point:

Script prints which line (index) is closest to the point (of course you have to iterate over all points in your final script). So if you have a line index, you should then check if a distance between them is less than tolerance, if true update values, else do nothing.

Next code prints (at the Python Console of QGIS) indices (from point and line layers) and minimum distances for each feature involved in each layer.

I tried out my code with shapefiles of next image: 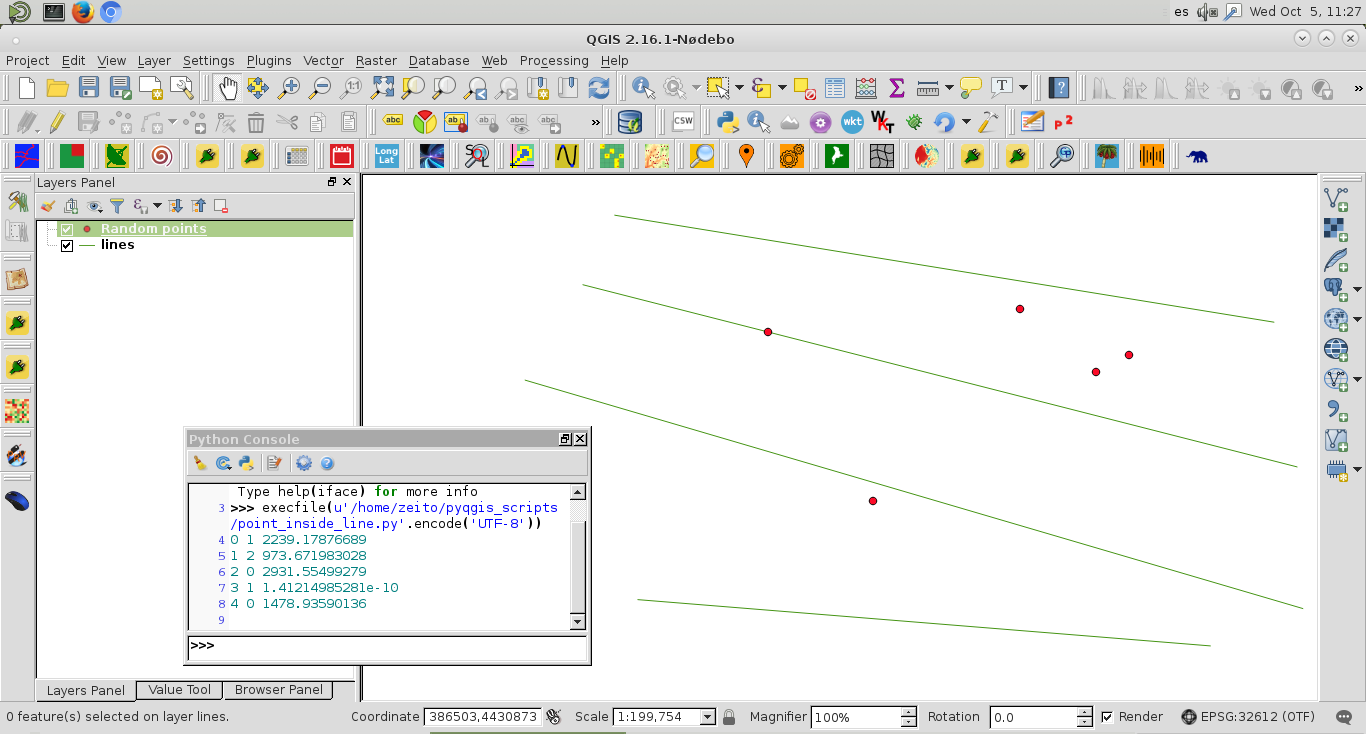 All values were corroborated and they were as expected. For convenience, it is preferable to add these values to the attributes table of points layer instead of the line layer.

Not the answer you're looking for? Browse other questions tagged qgis pyqgis spatial-query or ask your own question.