I have created a river network as polyline shapefile for training purposes. No I wanted to integrate undershoots/overshoots that needs to be detected and corrected from the participants.

I have used the snapping option to generate the polyline shapefile. I used as rule within the Topology Checker Plugin: "must not have dangles". The QGIS User Guide is saying (QGIS User Guide) that this rule is "show the overshoots in the line layer". Actually all end- and strating points are detected as error, even if they share a vertex and are connected to each other. 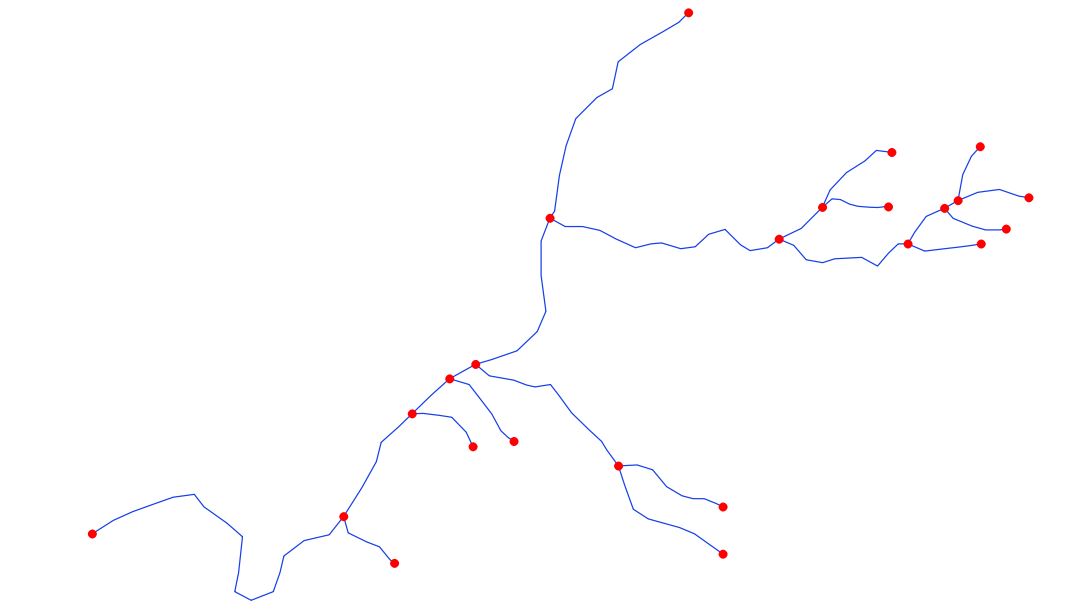 I am right, that Topology Checker Plugin is not able to detect undershoots/overshoots? If yes, is there any other possibility how to easily to it within the QGIS environment?

I think this is correct behavior. In logical (network) topology all lines must end (or start) at the end (or start) of another line. You have to physically split lines at the location (vertex) where other line touches. You can visualize this as water pipes. If you need to create T join on existing pipe, you have to split that pipe first, then add fitting and then connect another pipe to fitting. I hope that sound clear. This behavior led to another problem - one logical entity divided to multiple pieces. So you ends up with many features with same attributes, which is not good for maintenance. Imagine you need to change river name... Now you have to change it for each corresponding segment. Often this is not big deal. But if you want to solve this elegantly, you can model rivers as two separate tables (feature classes). One with attributes only and one with geometries. Attribute table will hold unique list of all rivers. Geometry table will hold river segments and one extra attribute(say id_river) with relation to river attribute table. In this setup one river can have multiple geometry segments, but you maintain only one river record.

I find the plugin disconnect islands very efficient for this precise case. It will group all connected lines within 1 group and then use symbology to show the different groups created: 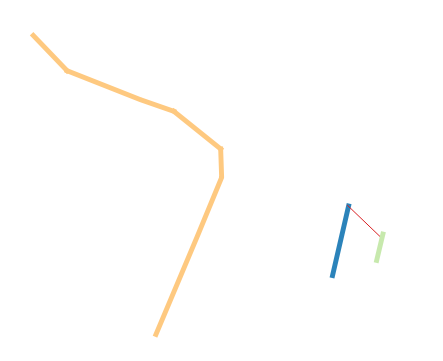 You need to install networkx for python to use it.
Cheers,

Not the answer you're looking for? Browse other questions tagged qgis line topology or ask your own question.

5
Remove pseudo nodes in QGIS
5
How to connect lines with gaps to continuous line?
9
How do I save topology errors in QGIS?
2
Enforce topology rule over a shapefile
4
QGIS Topology Checker Wrong
1
Automatically marking all endpoints as exception in ArcGIS topology?
1
More customizable topology options for QGIS
6
Selecting line features by topology in QGIS (select dangles)