I have two polylines, the first consists of individual GPS traces and the second is a series of road network poylines.

This may be visually inspected. The blue line shows the GPS trace polyline and the gray represents the road network polylines. 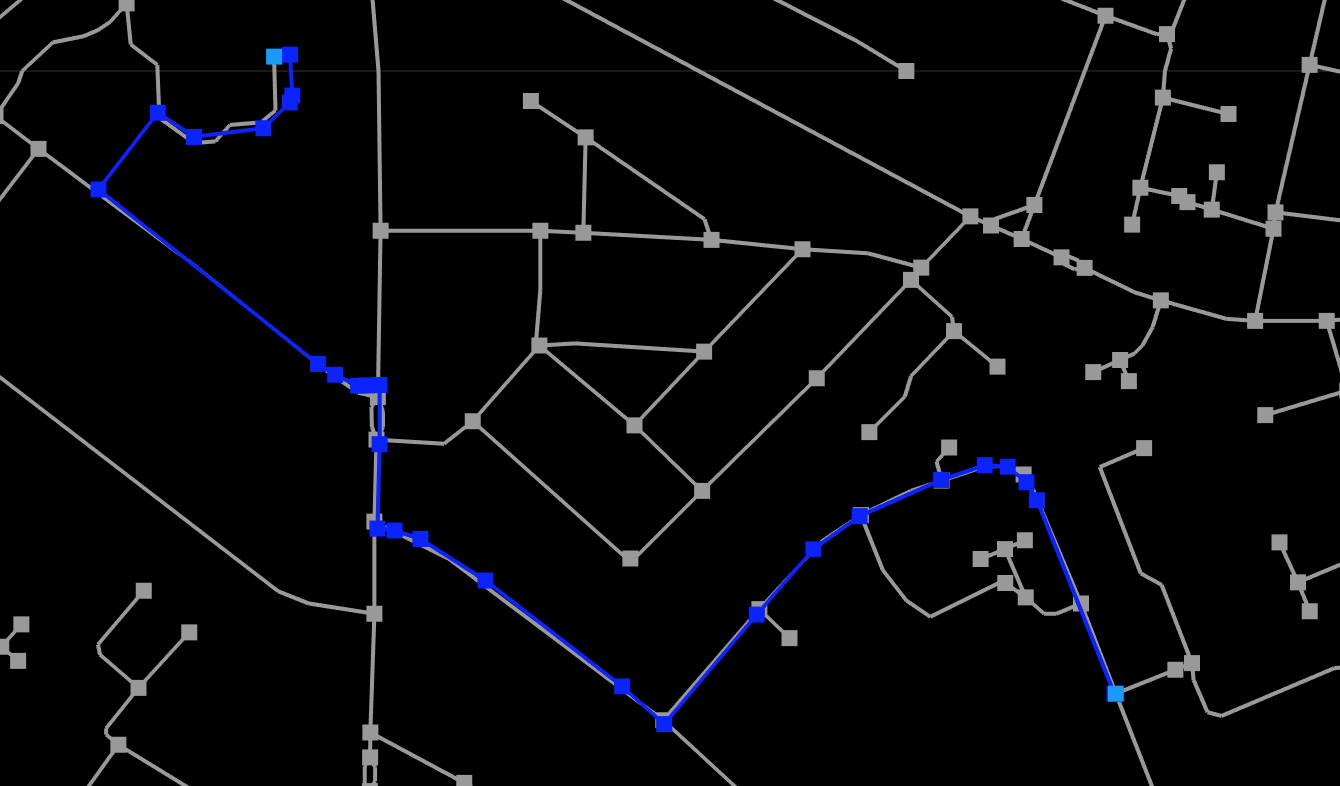 Due to the complexity of road junctions and directionality restrictions, a nearest neighbour match for the range of coordinates within the polyline won't work.

This appears to be the problem a good solution - https://developers.google.com/maps/documentation/roads/snap but I'd prefer to try myself first.

I have a large amount of GPS polylines and I am thus looking for a matching process that scales well. I'm aware this functionality exists in ArcGIS and QGIS.

My first inclination is to perform a shortest path algorithm for the GPS polyline points via the road link network network. Can anyone point me in the right direction?

I created route, placed points on it 250 m apart, and randomly spread them from original position using normal distribution with standard deviation of 30 m: 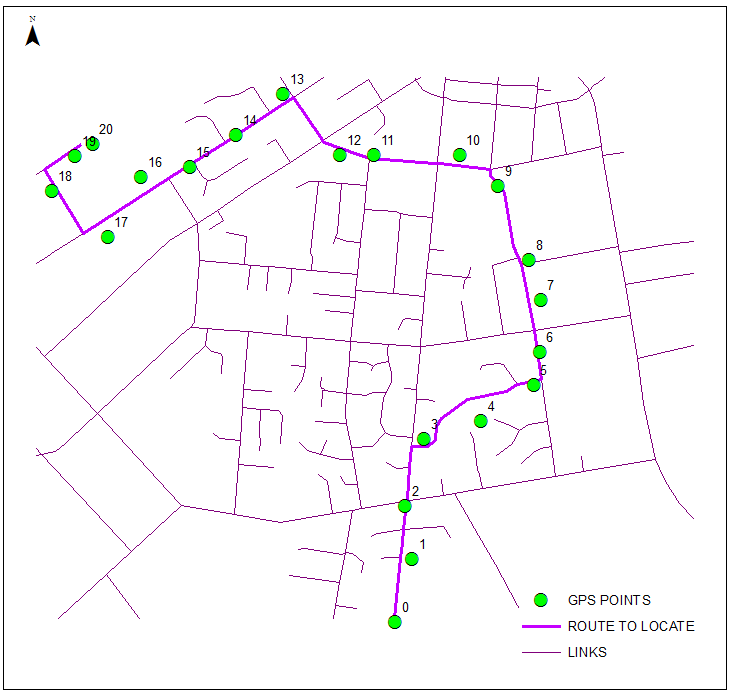 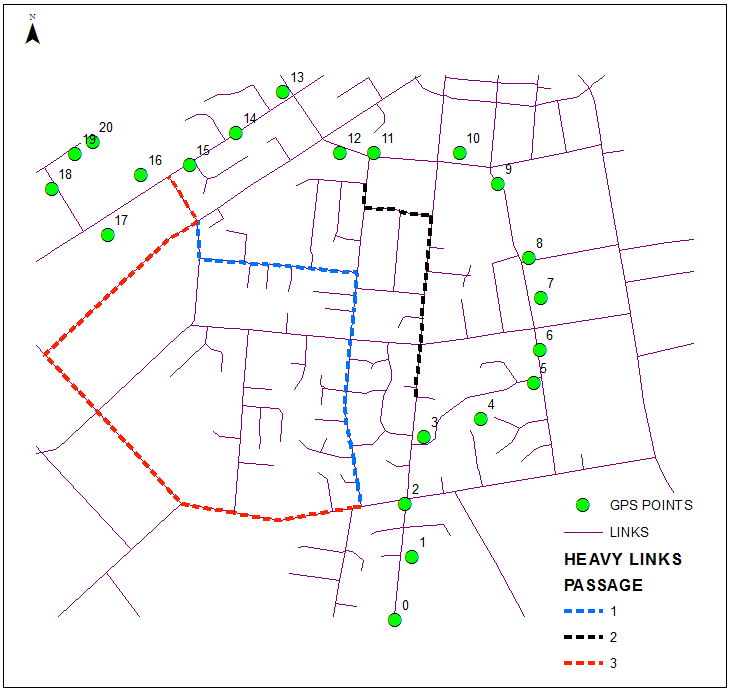 Algorithm converged to this solution: 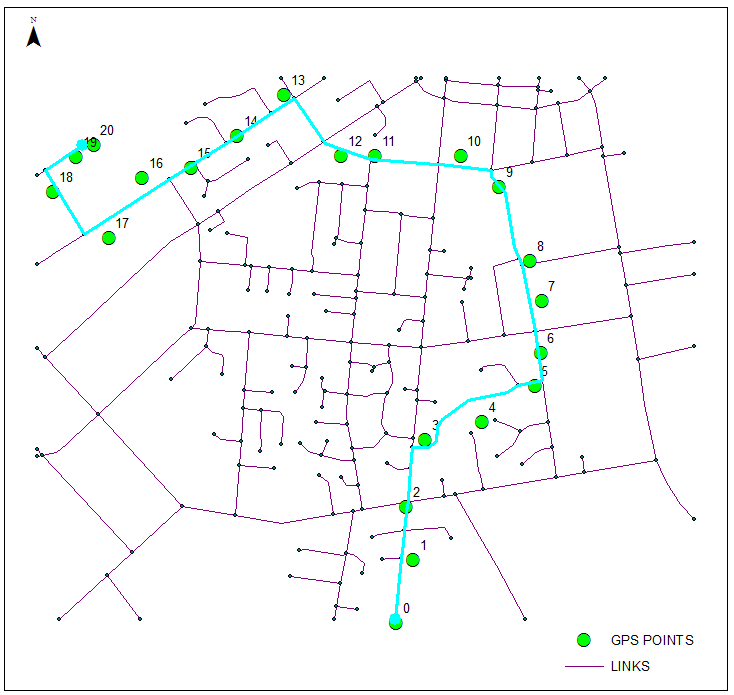 Not the answer you're looking for? Browse other questions tagged python gps network road or ask your own question.

9
How to compare 2 polyline datasets?
13
PgRouting - How to clip links when reaching max costs?
7
Automatic matching of two street networks
10
Matching GPS tracks
5
Splitting lines at intersections in PostGIS
0
How to perform an attribute-weighted sum of multiple polyline features from a single vector layer?
0
Find minimum downstream flow distance from each polygon to any polygon in other feature class