Area of polygon inside field. (share of urban area in each county)

In QGIS, I need to calculate the share of a given field (outlined) that is covered by the blue areas, see the image for illustration. Fields and blue areas are in two separate layers. I did the area calculations for each layer in QGIS, so I have the area in square meters for both the fields and the blue areas.

I already tried spatial join with the mmqgis plugin, but i can't get it to work correctly. For example, the largest blue area, clearly lying within the field in the middle, is not assigned to that particular field in the . Maybe I am just using the plugin wrong. 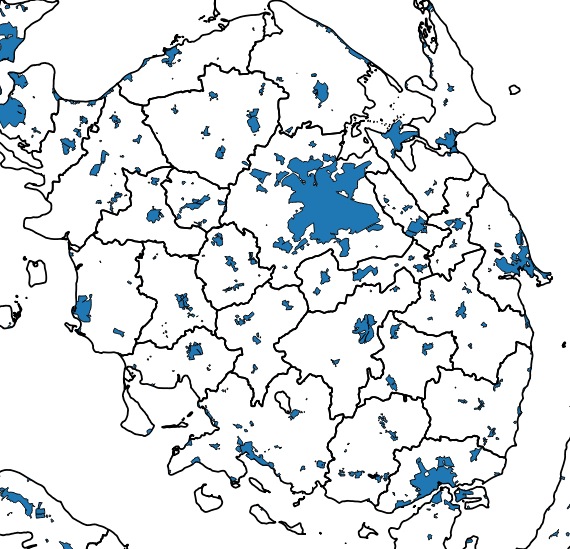 EDIT: It should be mentioned that i used the multipart to singlepart tool on the blue area-dataset, as some of the individual blue areas was "connected" though they looked separate on the map.

Using the intersection tool as proposed, i got a dataset with more rows than the dataset containing the "blue" areas. The image below illustrates a field with two areas, but the dataset has many extra rows, which doesn't seem to correspond to a visible blue field on the map. If i select the rest of the rows, no visible parts of the map lights up. 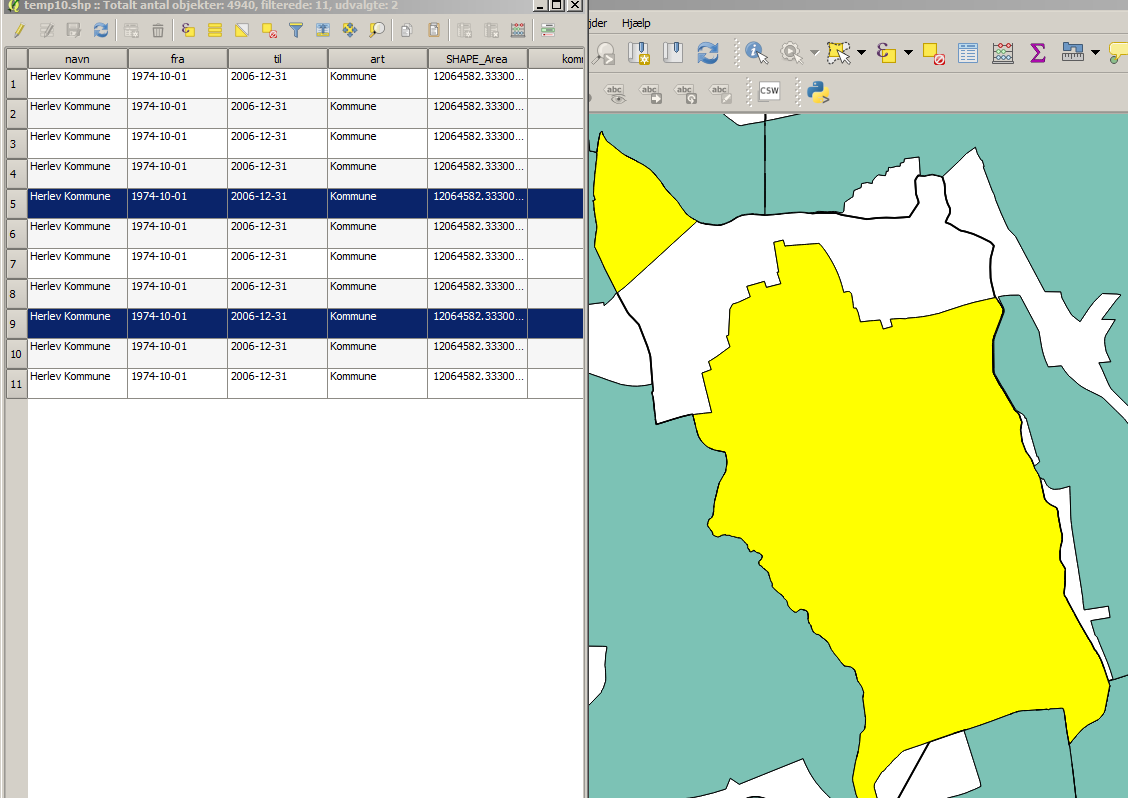 When i run the intersect tool, it warns me that the two layers doesn't use the same coordinate system. Could this be the problem?

If your blue area polygons do not intersect more than one field polygon then I would probably use the Join attributes by location tool from the Vector menu or from Processing Toolbox. This should output a layer containing fields from both layers including those containing the area.

You can then create another field in this output layer to calculate the percentage share by using an expression like:

If your blue area polygons do intersect more than one field polygon then use the Intersection method as mentioned by @SaultDon and @ahmadhanb.

Not the answer you're looking for? Browse other questions tagged qgis field-calculator mmqgis or ask your own question.

5
ExecutING SQL script in ArcGIS field calculator?
6
Snapping two polygons together in GIS
4
How can I accurately measure area of polygons using field calculator in qgis?
1
Mismatch in area calculation using Field Calculator vs Group Stats in QGIS 2.0
2
Alphabetical Sort within a Record
5
How to divide a polygon into many polygons based on overlapping layer
1
Calculating polygon area inside another polygon in QGIS
3
Referring to the parent layer with aggregate functions in QGIS