In the example shown in the picture below I would like to split the light blue polyline into two polylines on a specific node (circled with number 1) with QGIS (version 2.12.3-Lyon).

Given that the layer is already editable, and given that I have set the snapping options at 1 map unit tolerance and snap it to vertex, which tool should I use, number 2 or number 3? (I get the names in Spanish and the picture seems easier to identify for anyone).

How do I select the node (number one) once the splitting tool is active? So far, if I just click on the node, the entire polyline disappears.

I understand the explanations already given by @Knightshound and @Joseph in answers to question 'Polyline split at node in QGIS' but need more detail into how to correctly proceed. 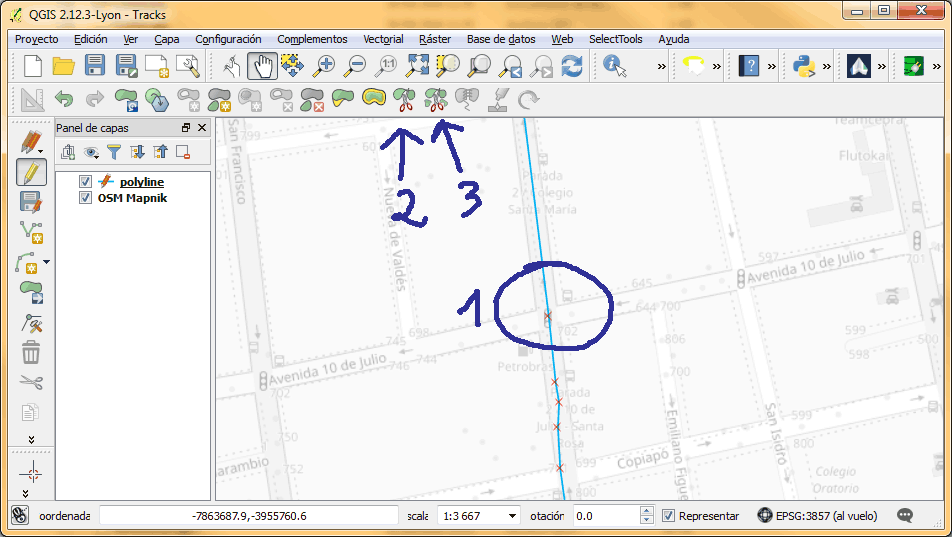 Normally, I use snapping option of 10 pixels and it works perfectly, as you can see below:

Using Split feature tool with the above snapping option after selecting the feature that you want to split, the snapping and splitting works as expected: 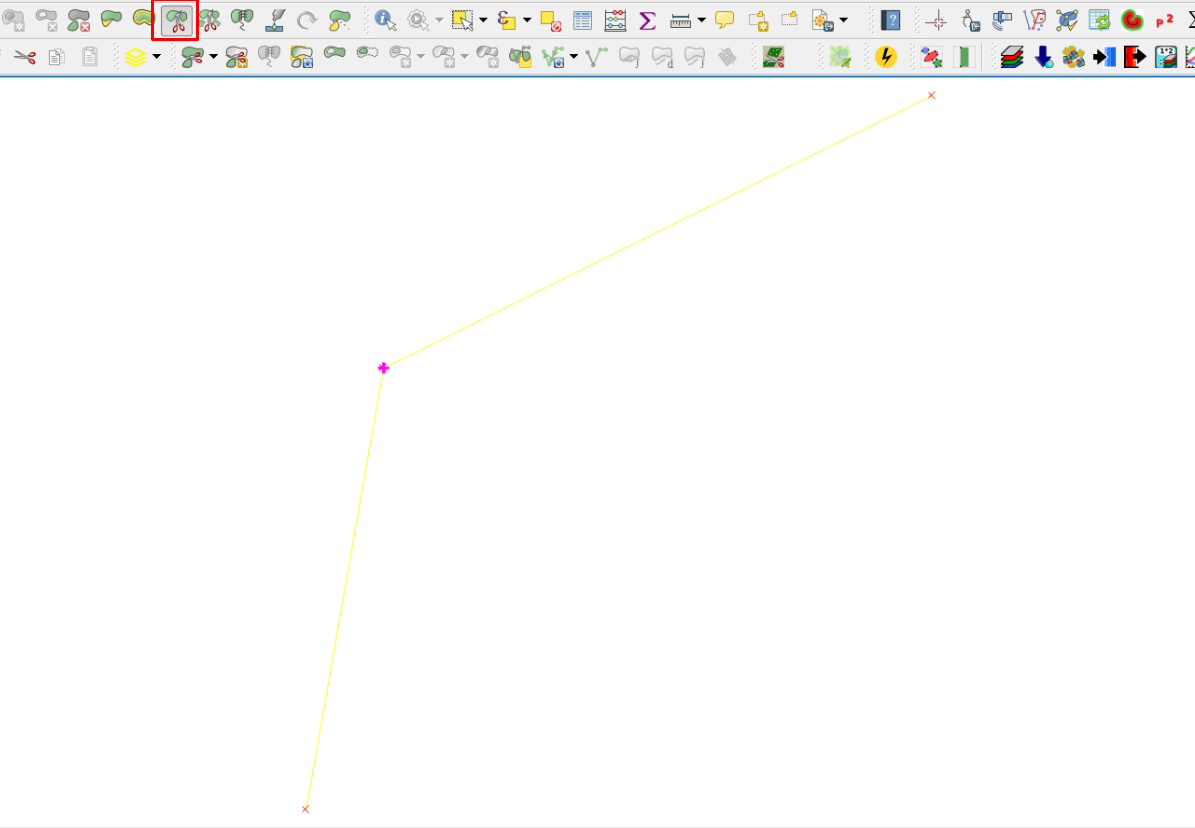 The pink (+) mark is the snapping at the vertex location.

I finally got my polyline split doing it this way: 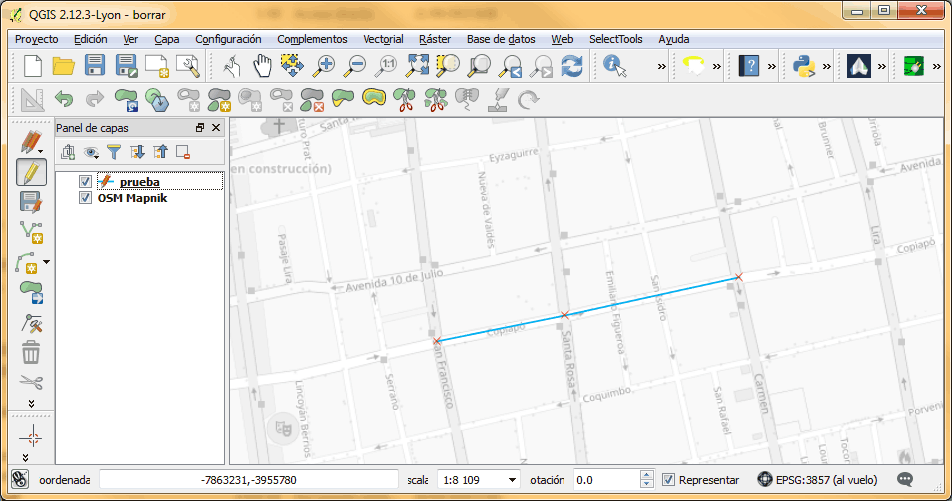 2) Select polyline to be splitted (now in yellow) 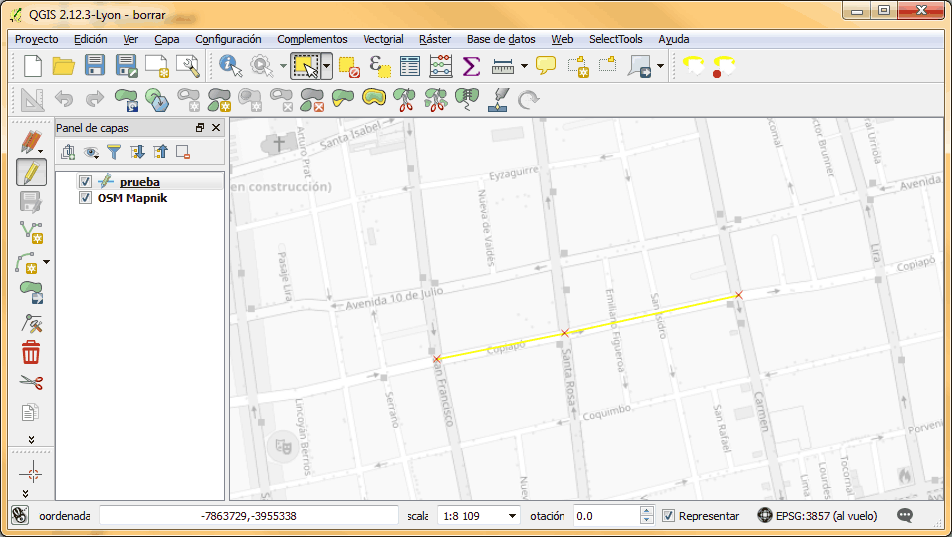 3) Chose the splitting tool mentioned above (the one that splits single parts) and draw a -more or less- perpendicular line accross your target polyline trying to go on top of the node you want to make the split (its a very soft dotted oblique red line that I made for its better visualization). 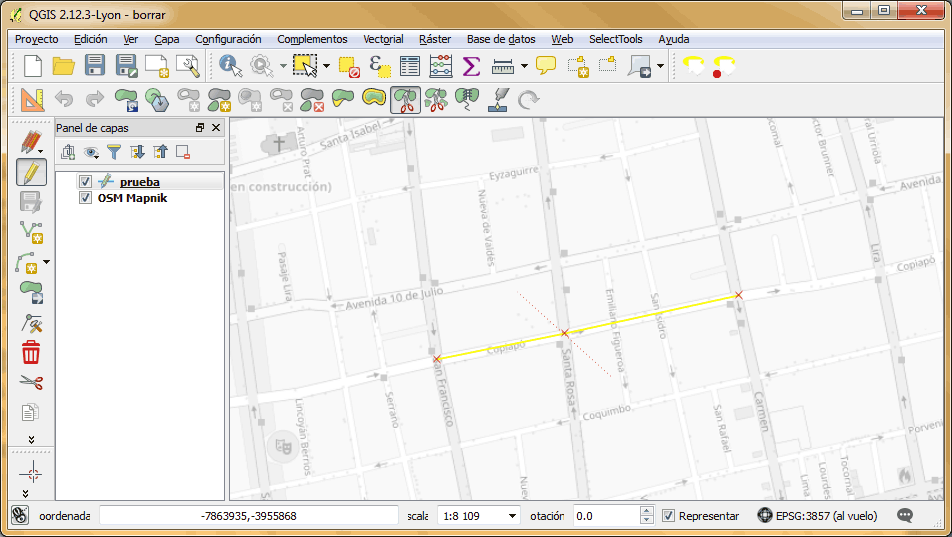 4) Right click to settle your cut. Then half of the polyline changes color (now the right part appears blue, as it is no selected). 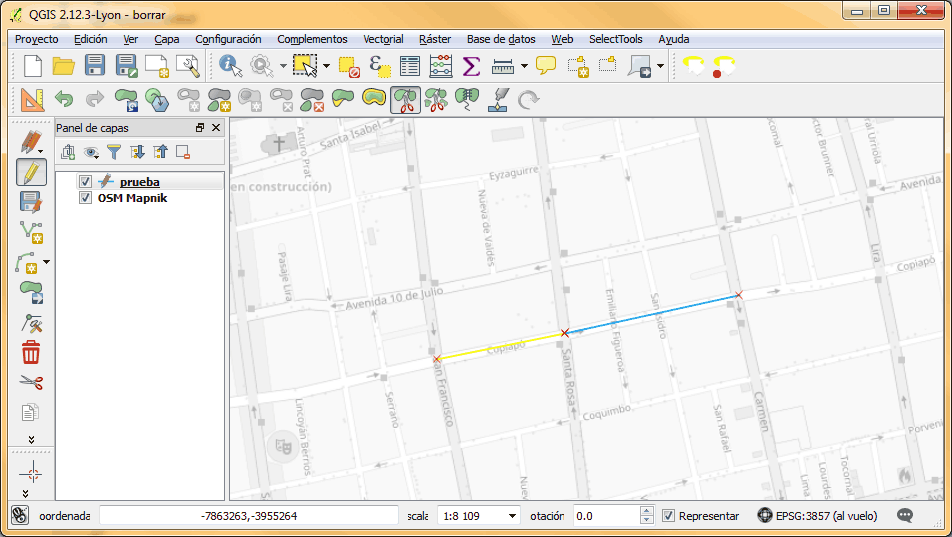 Not the answer you're looking for? Browse other questions tagged qgis line splitting nodes or ask your own question.

6
Polyline split at node in QGIS