What has replaced QGIS SPIT (Shapefile to PostGIS Import Tool)?

On page 132 of PostGIS in Action, Second Edition it says,

QGIS SPIT QGIS comes packaged with a tool called SPIT that allows you to batch-load Esri shapefiles into a PostgreSQL database, bypassing rendering. One crippling annoyance with this tool is its automatic conversion of all field names to uppercase. In PostgreSQL, uppercase field names must be double-quoted in queries, and that’s a lot of extra typing of quotes. If you’re going to use SPIT, we suggest that you create a function to convert everything back to lowercase after import.

I found it documented here. However it seems that the tool according to this discussion was removed. And this bug report shows it was purged and is no longer distributed with QGIS.

You should use the QGIS plugin DbManager instead. DbManager has similiar capability to import shape files and other goodies that SPIT never had and also doesn't have the issues we noted in the book about SPIT. That's also covered in 5.3 QGIS section, though I guess we focused on the query capability of it rather than the import capability. The import is the down arrow icon next to the wrench icon.

You can use the DB Manager in the Database menu. Then you will find a button called Import layer/file to import a new layer into your database. 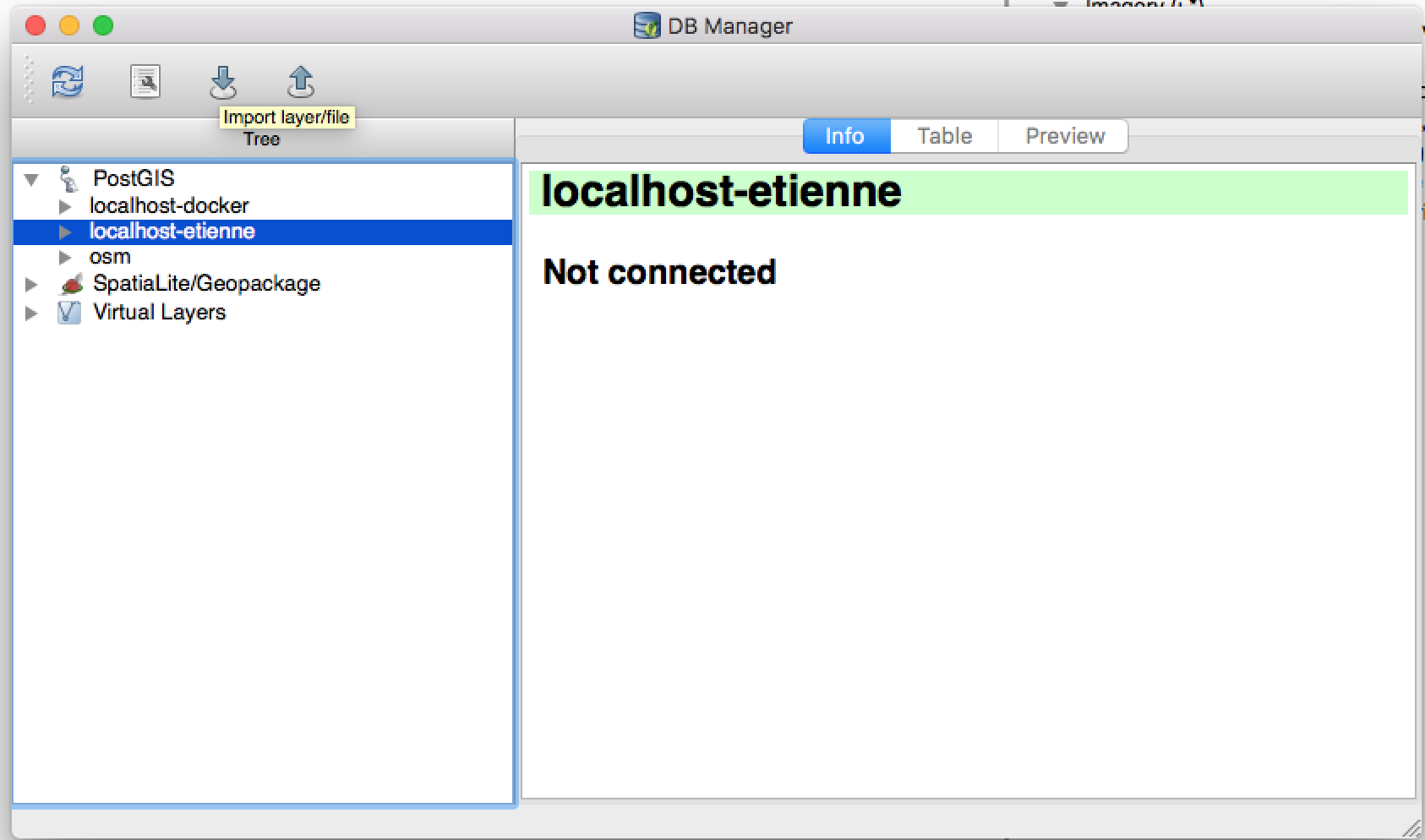 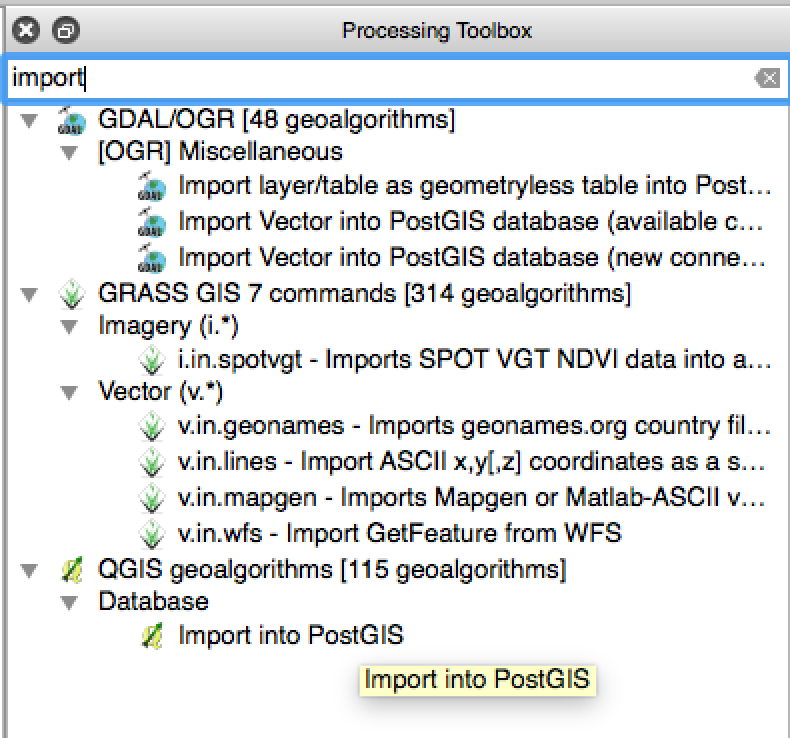 Not the answer you're looking for? Browse other questions tagged postgis qgis-plugins or ask your own question.