How to get lines and nodes around the confluence point in a network system (line shapefile)? 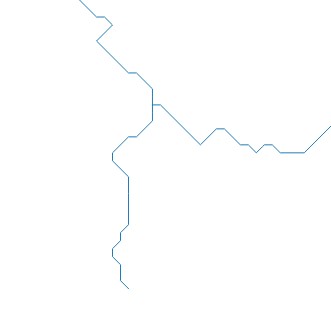 I want to get line segments (unique geometry of line) and nodes (coordinates of node) around every confluence point in the shapefile, as the schematic figure below (closer look of figure above). 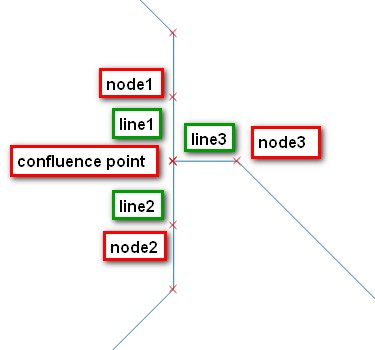 Now I use QGIS and manually select those segments and store node coordinates (via extract node) in CSV files. Because the network is too complicated and has many confluences, I want to do this in a much more efficient way.

The Idea I think that maybe I could scan the whole network to find every confluence by finding node with more than 2 intersecting lines, and get set of line segments (in figure above, lines = line1, line2, line3) and nodes on the other side of the segment. (in the figure above, nodes = node1, node2, node3) (To be more specific, segment here means the line with detail in every row of attribute table of this line shapefile, not the little segment showed as I start editting.) Each confluence has its specific set, and in the case above, the set is:

How can I get the line segment and its node around the confluence point (auto-determine-and-find) in a network-like line shapefile?

And as I described in the paragraph above, because line shapefile I got is complicated, there could be many confluence points, thus I want found lines and nodes could be grouped in the same set based on the confluence points which they intersected.

I don't know if my idea works and what function or tool could help me to achieve my goal. I want to achieve this via open-sources, and ultimately write a integrated python function to get those lines and nodes.

You work here with a Graph (Graph Theory) and your confluence point is simply a node with a degree (number of edges adjacent to that node) > 2.

As you mentioned a Python tag, a solution in Python with Fiona (for reading the shapefile) and NetworkX (Graph Theory) 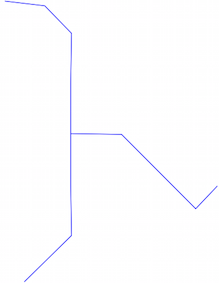 The Graph with Nodes(x) and edges 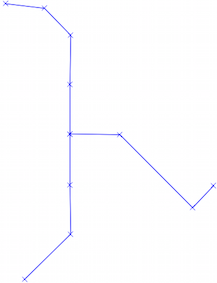 Now, in NetworkX, the degrees of a node are obtained by degree (I use Shapely here but you can save the resulting shapefiles with Fiona and even Networkx) 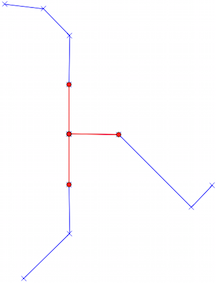 You can translate easily the Fiona solution in PyQGIS.

Not the answer you're looking for? Browse other questions tagged python shapefile point line network or ask your own question.