I'm new to QGIS and I am doing some demographic analysis of Ethiopia. I have a vector map with each of the country's administrative zones:

Within the attribute table, I have data for religious demographics in each zone.

What I would like to do is have color swatches appear within each polygon (five different colors each representing the different religion), based on the proportion of the population that follows that religion. So, if one zone was 50% Protestant and 50% Muslim, that polygon would have equal amounts of red and green swatches.

Similarly, if one zone was 30% orthodox, 50% muslim and 20% protestant, there would be three color swatches present, with the color representing muslim being predominant.

Here is also a screenshot of my attribute table, as requested:

The info I'm interested in displaying is to the right: the percentage of a zone's population that follows a certain religion. For many of the areas, it is overwhelmingly a single religion, but a good amount show a lot of variation over two to three different religions. 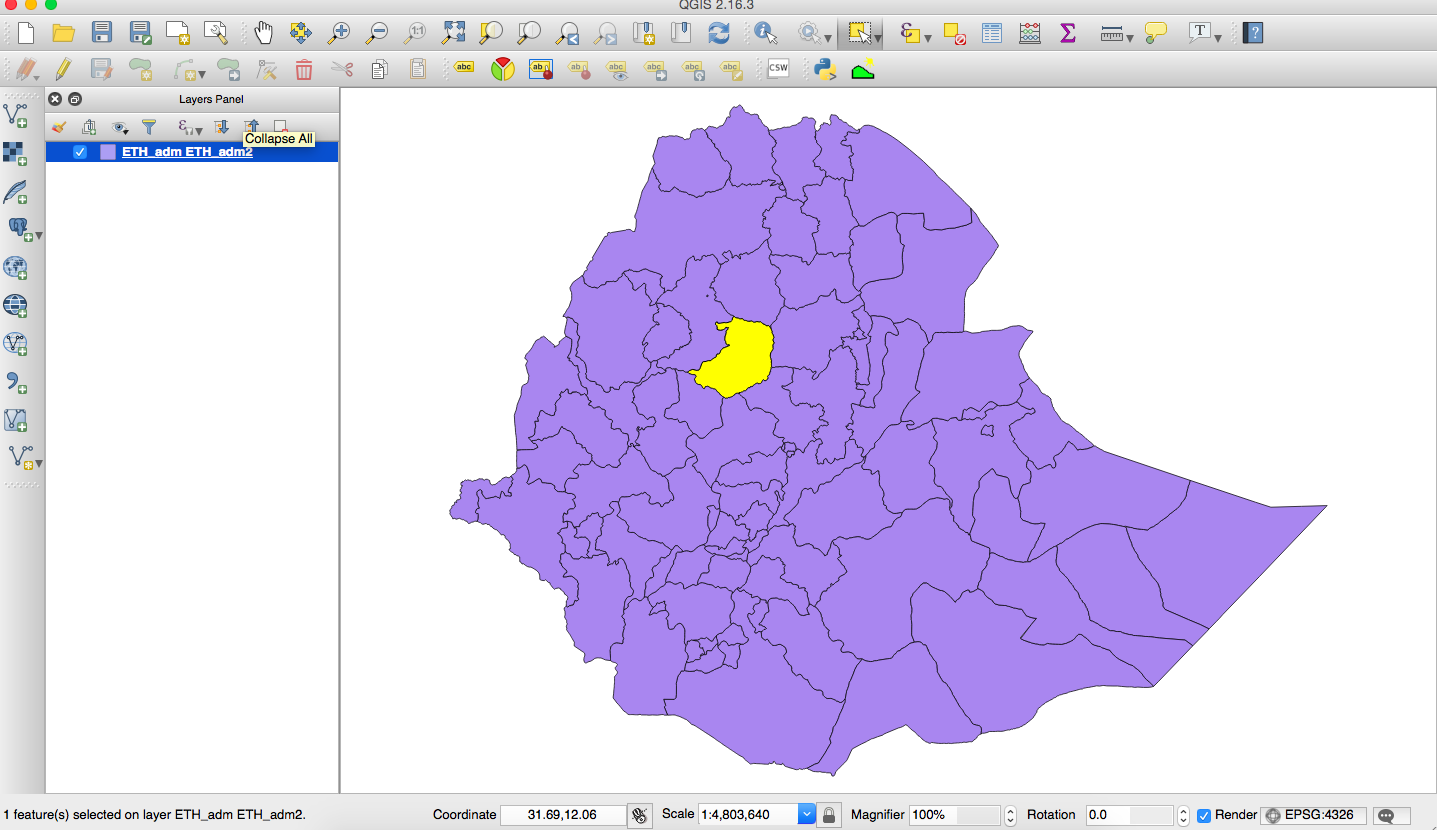 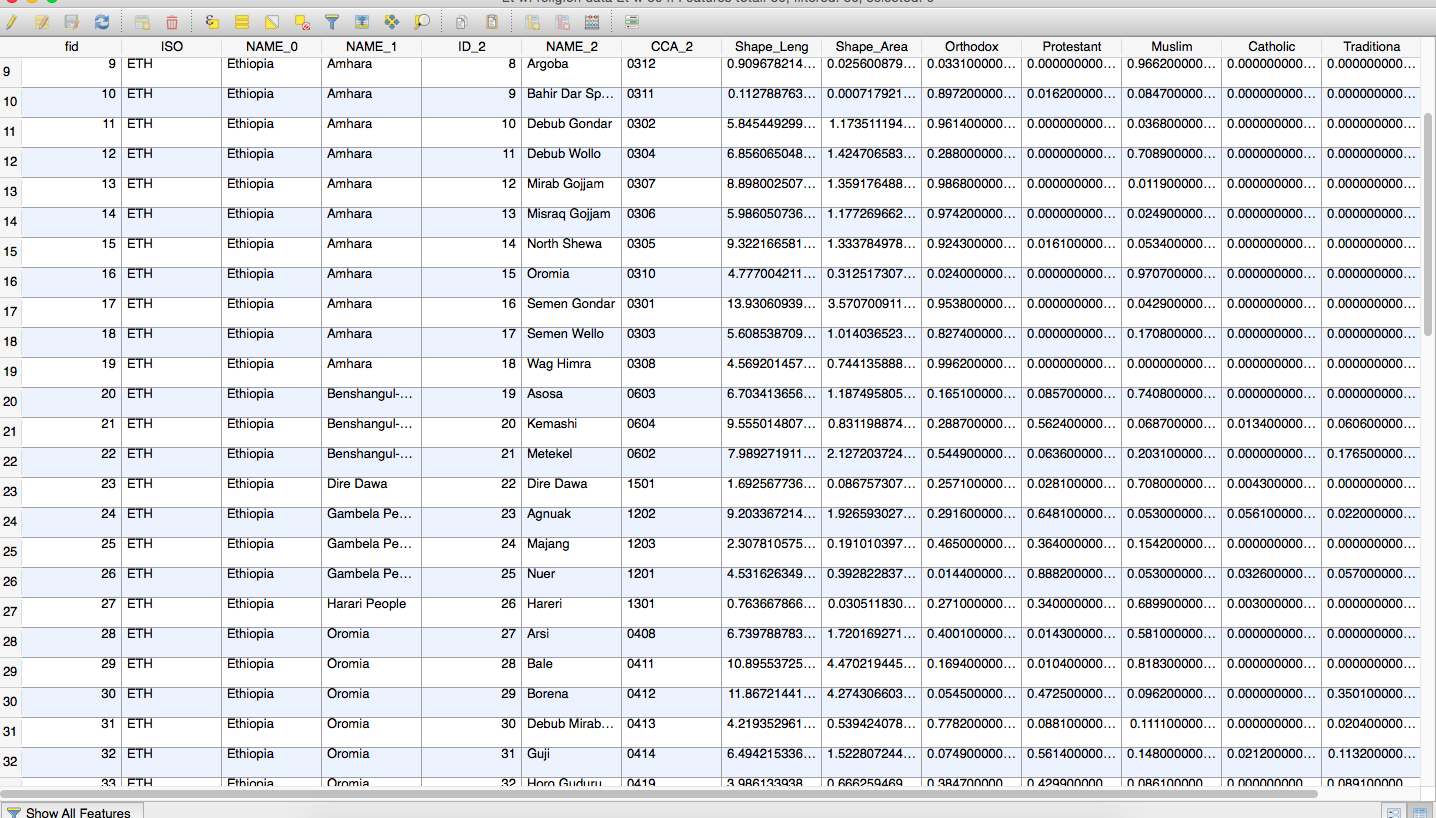 If you actually wanted to proportionally colour the polygons themselves rather than including diagrams you could do something involving layered gradient fills using the underlying data to determine the extent and offset of the fills.

It isn't neat but it does colour the actual polygons rather than overlaying something on top.

You will need the data in your attribute table to be in decimal percentage format: 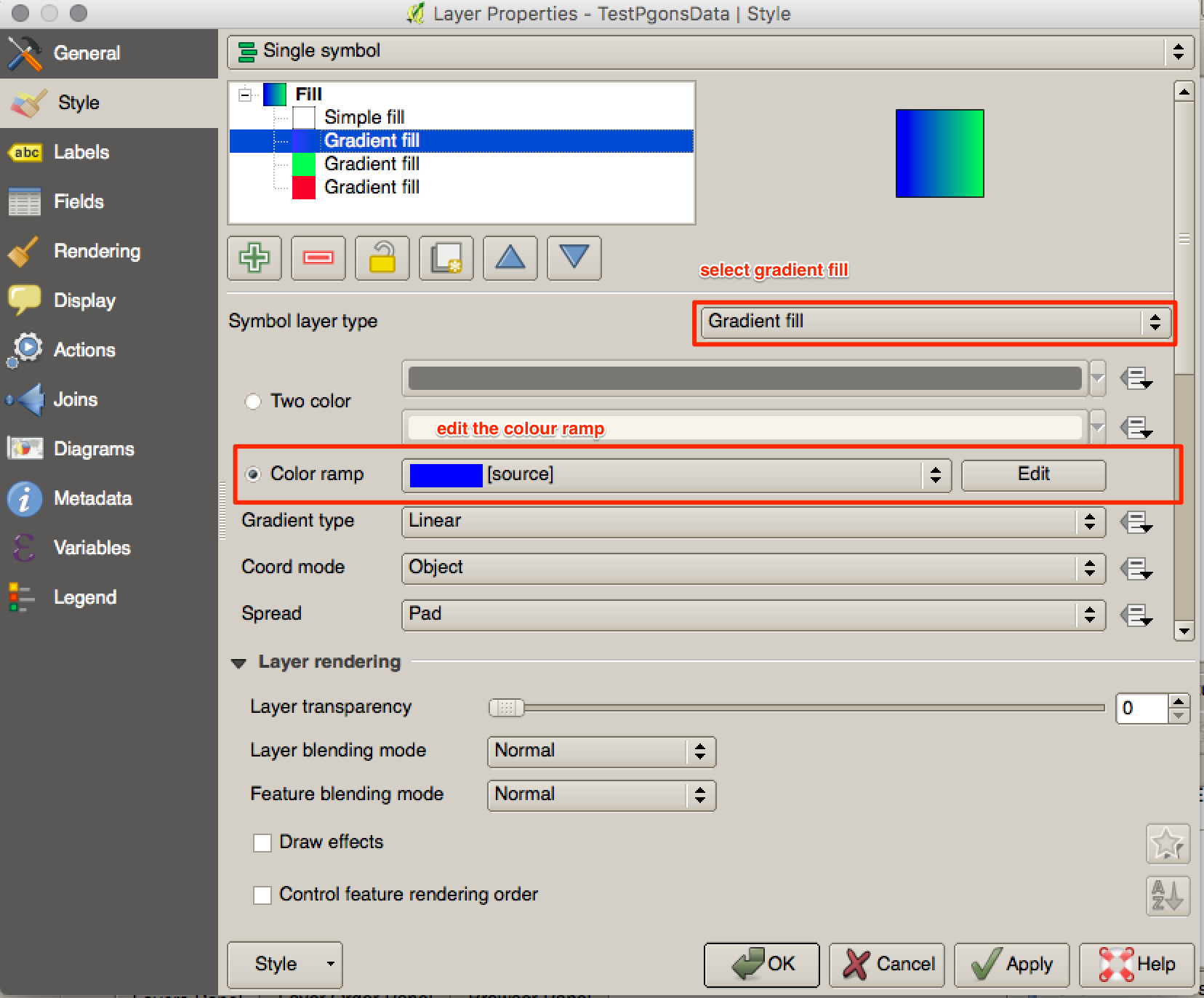 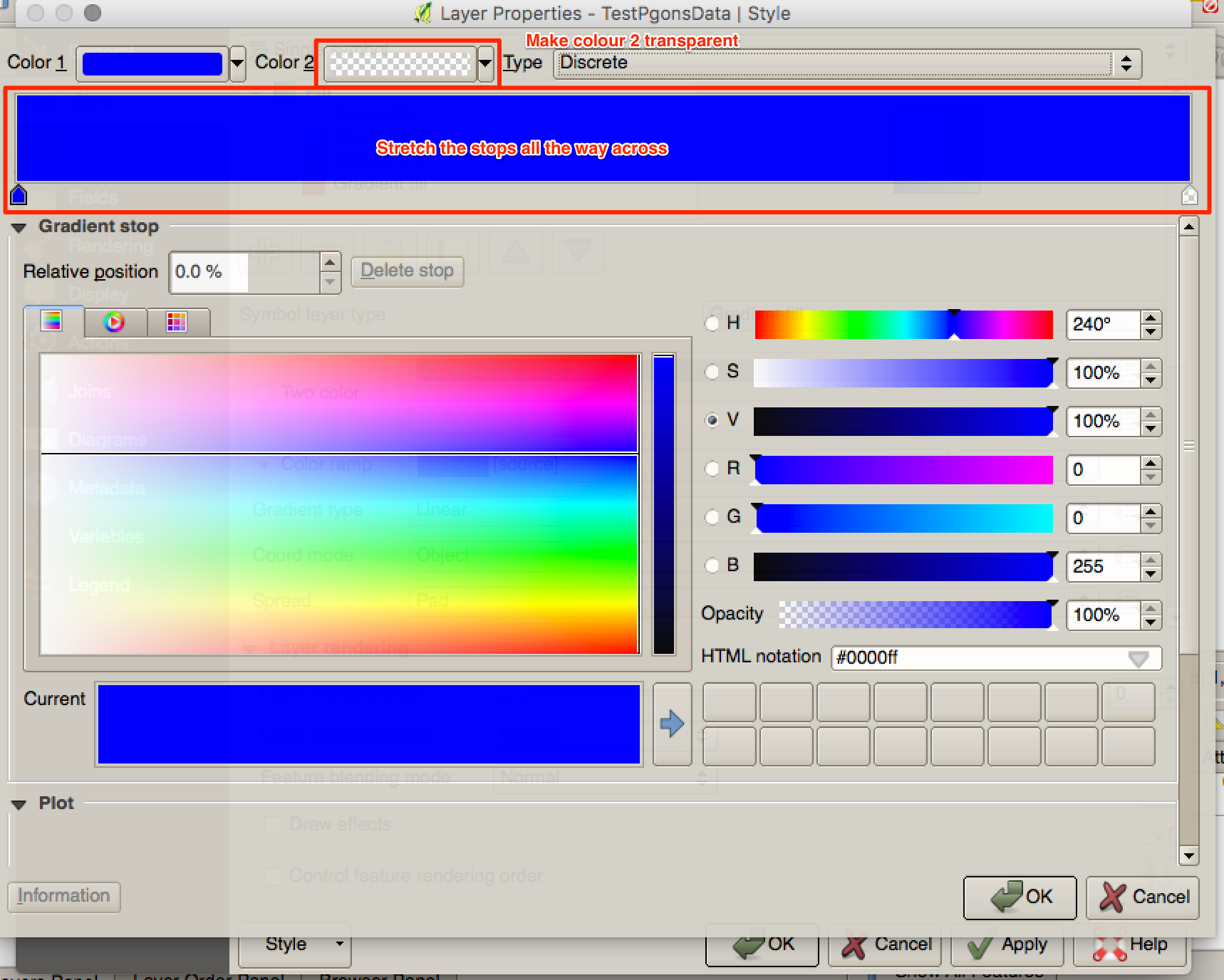 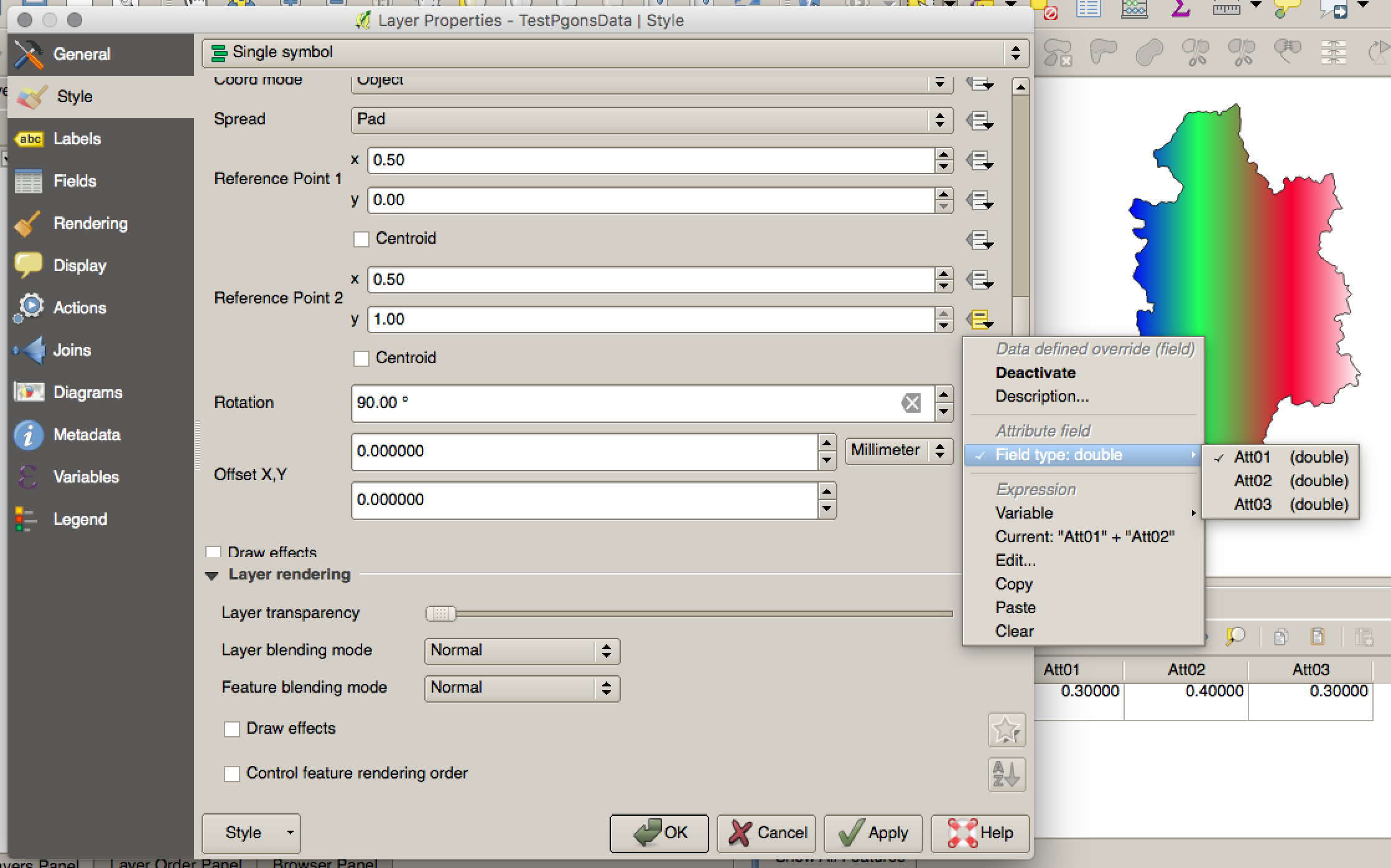 EDIT - You might need to specify a small value for any fields that are actually 0, for example 0.001 as otherwise the expressions fall over. You could do this in the attribute table or through an IF statement in the expressions. 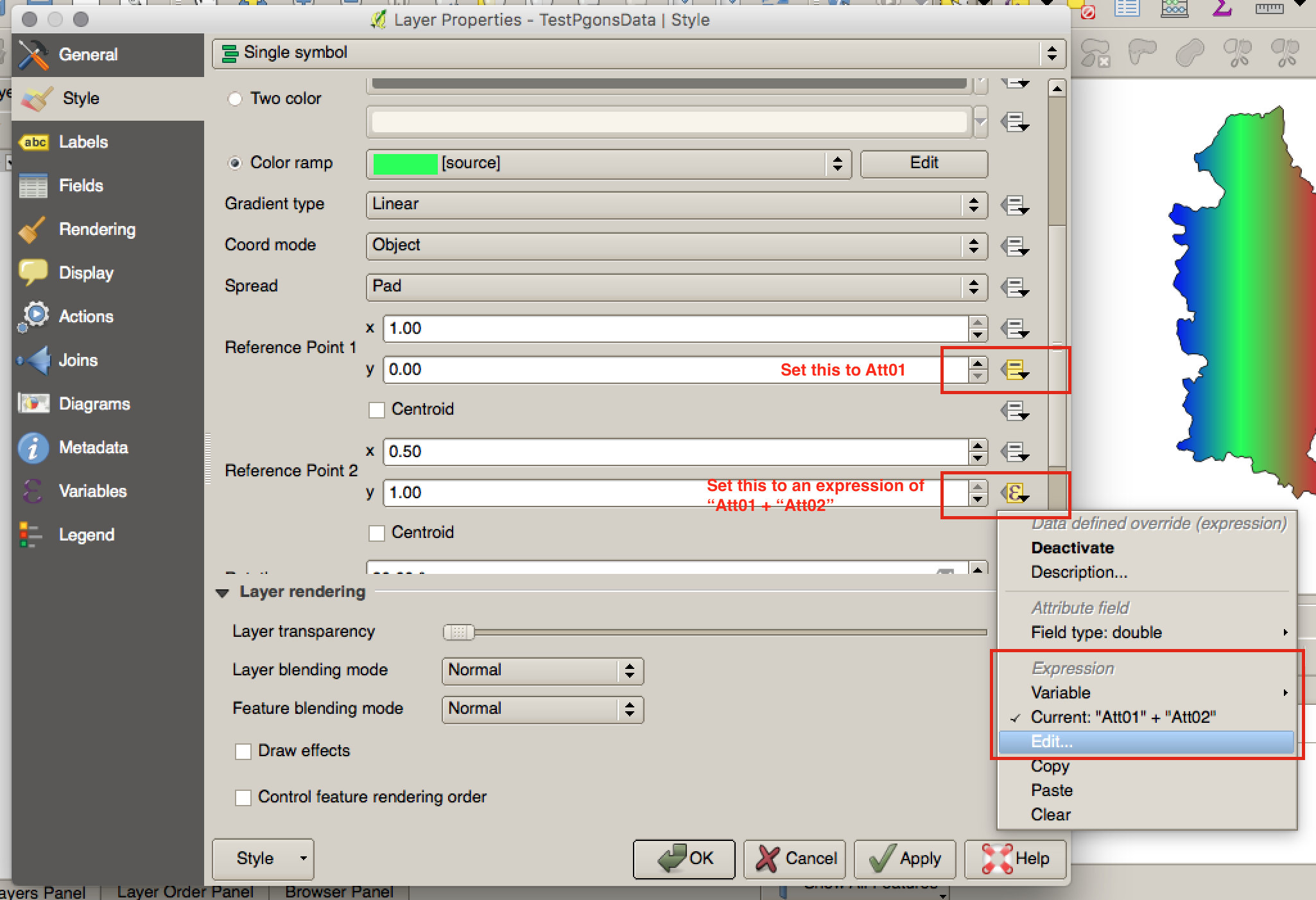 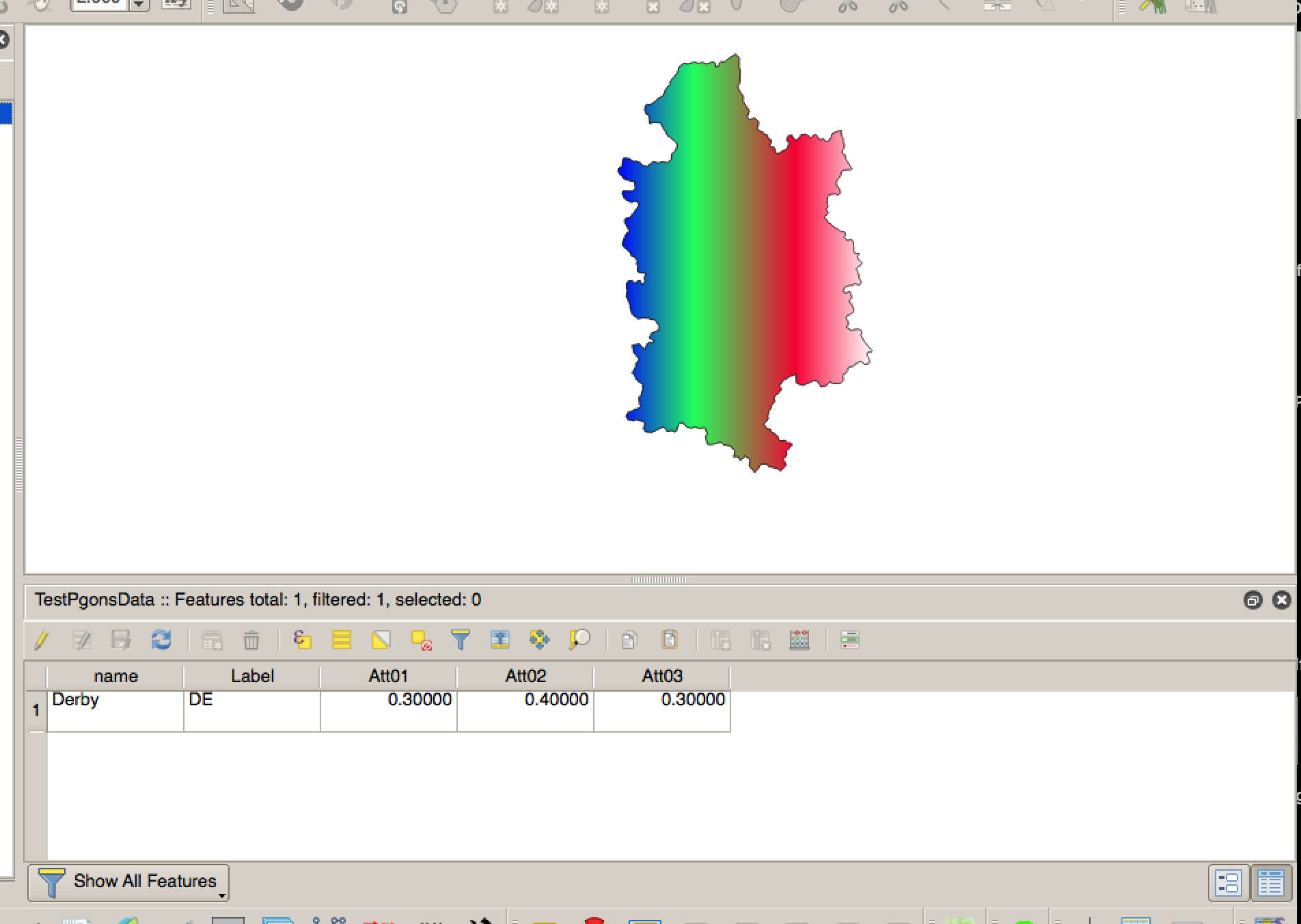 I don't think it's possible to have the colours not blend into each other.
You can also overlay a simple outline symbol layer to make sure the polygons still have edges.

It is possible to display multiple values using a polygon with appropriate attribute table data in QGIS.

However, when you want to display multiple values within a polygon you have to use an approach through the properties option of the vector dataset. In the layer's properties dialogue box you will find a tab called "Diagrams" there you could specify which diagram type you want to choose (i.e pie chart, bar graph) that fits best with your dataset.

The result will be a diagram displayed proportionally to the fields you have chosen overlay on each polygon. 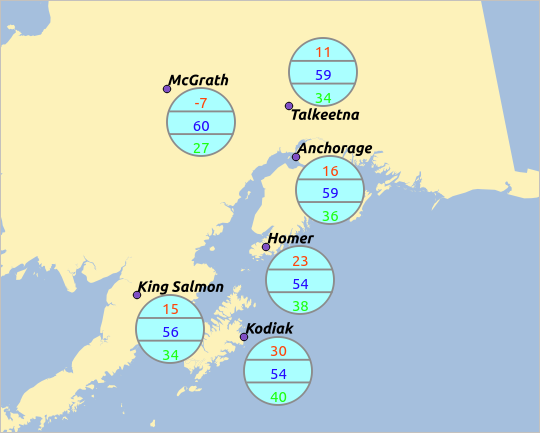 You could find more information here at the QGIS documentation page.

Not the answer you're looking for? Browse other questions tagged qgis analysis thematic-map demography ethiopia or ask your own question.